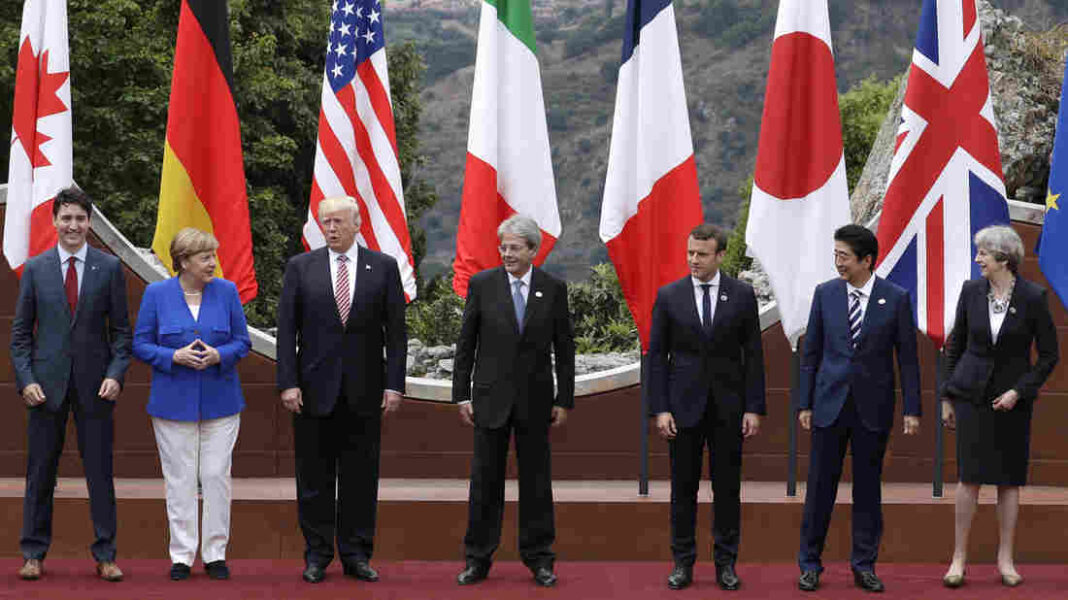 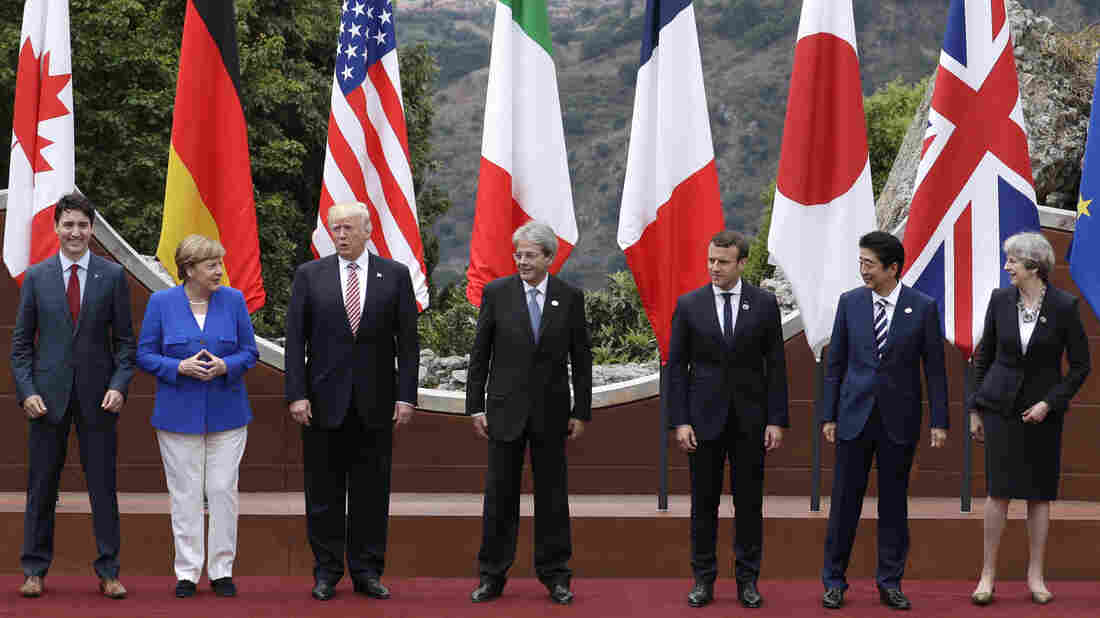 At the end of a G7 summit, it’s customary for the nations to release a communiqué that conveys areas of consensus among the nations. Last year, when America was represented by President Obama, the missive was 32 pages long and outlined many subjects of “common values and principles.” Among other things, the group committed to take the lead on the implementation of the Paris Climate Accord.

This year, as with so much else, things are different: Today’s communiqué is just six pages long.

And in the brief section on climate change, it says:

“The United States of America is in the process of reviewing its policies on climate change and on the Paris Agreement and thus is not in a position to join the consensus on these topics. Understanding this process, the Heads of State and of Government of Canada, France, Germany, Italy, Japan, and the United Kingdom and the Presidents of the European Council and of the European Commission reaffirm their strong commitment to swiftly implement the Paris Agreement, as previously stated at the Ise-Shima Summit.”

“I will make my final decision on the Paris Accord next week!” President Trump tweeted Saturday morning.

“The entire discussion about climate was very difficult, if not to say very dissatisfying,” German Chancellor Angela Merkel said, according to Reuters. “There are no indications whether the United States will stay in the Paris Agreement or not.”

The Group of 7, or G7, is comprised of the United States, Canada, France, Germany, Italy, Japan, and the UK; the European Union also participates.

“The Paris accord, created in 2015 after lengthy negotiations, calls on 196 nations to ratchet back greenhouse gas emissions. The goal is to keep the rise in global temperatures no higher than 2 degrees Celsius, as compared with pre-industrial levels. …

“On the campaign trail, Trump said he would “cancel” the Paris deal. … But since taking office, Trump has not moved to withdraw the U.S. from the Paris agreement. He has rolled back a number of Obama-era climate change measures, which will hamper U.S. efforts to fulfill its Paris pledges. But he hasn’t retracted the pledges themselves. Just this week, members of his administration indicated that the White House had not yet decided what to do on the issue.”

Host nation Italy had hoped to talk about Europe’s migration crisis and problems in Africa, Reuters reported; on Saturday leaders from five African nations joined the summit. In particular, Italy called for more legal paths of immigration, to staunch the flow of people risking their lives on boats from Libya.

Doctors Without Borders issued a statement critical of the summit.

“The G7 leaders missed an important opportunity to redress the failure of governments and provide a humane response to the global displacement crisis,” wrote Gabriele Eminente, general director of the organization in Italy. “Instead they decided to address it only through the lens of national security, punishing and criminalizing people who are on the move. … The failure of the G7 Summit in Sicily can only cause more suffering, increase deaths at sea, perpetuate appalling reception conditions for migrants and refugees and justify inhumane deals that outsource migration management to unsafe countries.”