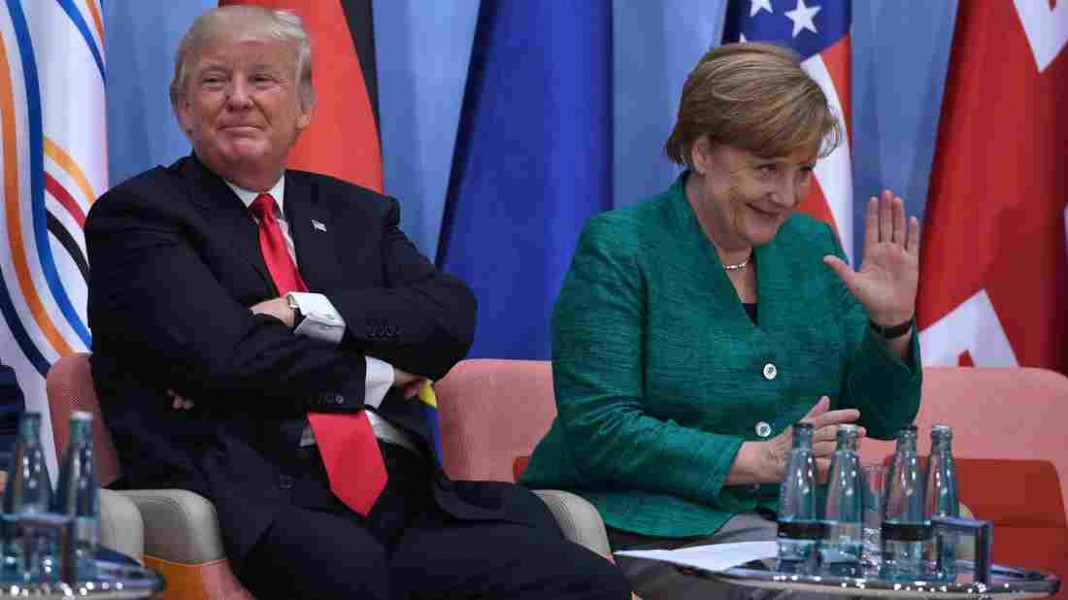 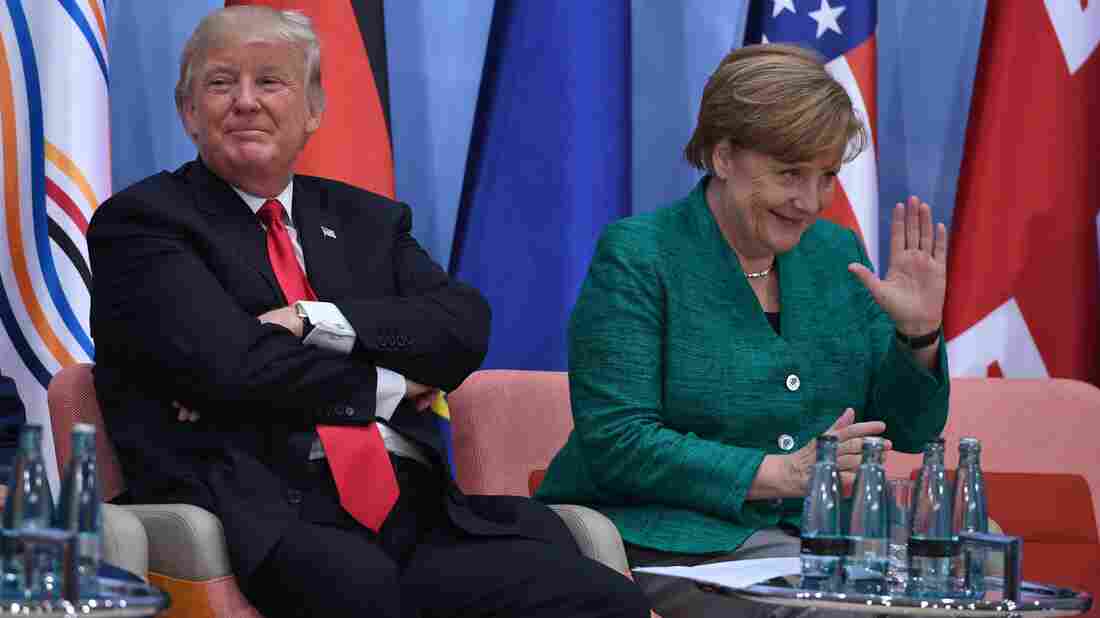 Despite President Trump’s decision to withdraw from an international climate accord, other leaders affirmed their commitment to the plan at the G20 Summit. Trump is seen here with German Chancellor Angela Merkel on Saturday. Patrik Sollarz/AFP/Getty Images hide caption

Despite President Trump’s decision to withdraw from an international climate accord, other leaders affirmed their commitment to the plan at the G20 Summit. Trump is seen here with German Chancellor Angela Merkel on Saturday.

The G20 Summit ended in Hamburg with affirmation to pursue the Paris climate accord by leaders of the world’s strongest economies, minus President Trump.

“The leaders of the other G20 members state that the Paris Agreement is irreversible,” reads a declaration adopted on the final day of meetings Saturday, by a group that includes Britain, France, Germany, Russia and China, and which is now being referred to as the “G19.”

Noting Trump’s decision to withdraw from the near-global climate agreement, the declaration says that the U.S. “will immediately cease” payments to an international fund to implement the plan. The U.S. had promised to send $3 billion to the Green Climate Fund; the stoppage comes after $1 billion was already paid under President Obama.

Rather than participate in the Paris accord, the leaders’ declaration states, the U.S. “will endeavor to work closely with other countries to help them access and use fossil fuels more cleanly and efficiently and help deploy renewable and other clean energy sources.”

Another agreed-upon document, the Climate and Energy Action Plan for Growth, notes the divide between the U.S. and its economic allies in the first footnote on the first word (“Preamble”).

“The United States is currently in the process of reviewing many of its policies related to climate change and continues to reserve its position on this document and its contents,” the footnote reads.

By affirming their commitment to the Paris agreement, the G19 group fulfilled a key goal of German Chancellor Angela Merkel, the summit’s host.

Leading up to the two-day meetings in Hamburg, Merkel had said that climate change, terrorism and migration are issues that must be confronted with international unity.

“Whoever believes that the problems of this world can be resolved with isolationism and protectionism, is sadly mistaken,” Merkel said.

Paris will host another round of climate discussions in December — two years after the initial accord was adopted, French President Emmanuel Macron said on Saturday.