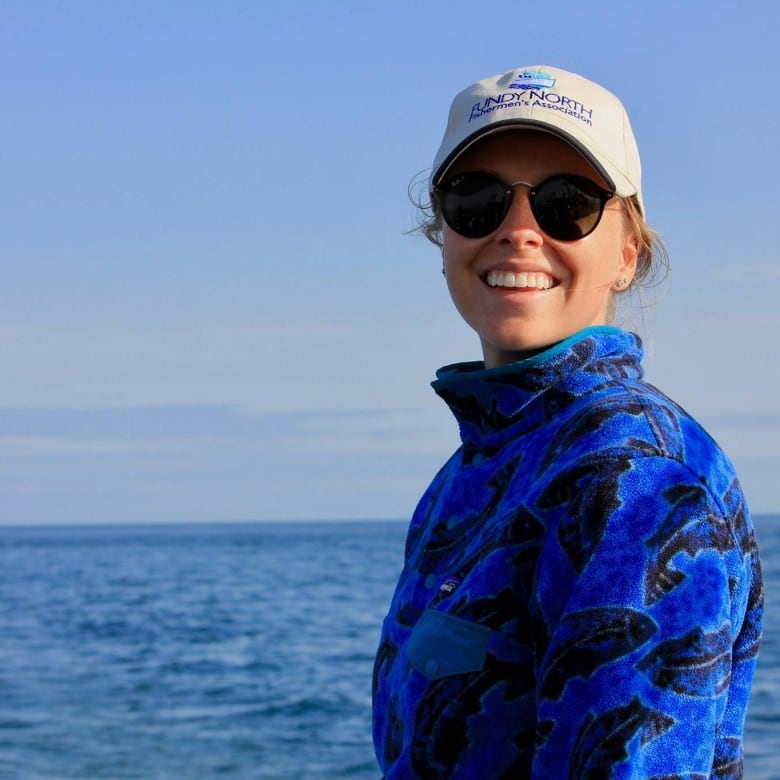 A group representing fishermen in southwestern New Brunswick is welcoming new funding to help them transition to gear that is less hazardous to whales and other marine life.

“I’ve heard from a lot of individual fishermen who are interested in trialing ropeless gear,” Mitchell said.

“They genuinely want to see how it would work or if it would work. But having to pay thousands of dollars for one unit to test, it was just out of reach for a lot of people.”

The new program is available to individual fishers, non-profit organizations and academics wanting to “test and refine” whalesafe gear, as well as the companies that are making it.

That includes ropeless gear and gear with rope that has weak breaking points or low breaking strength.

The feds have announced new funding to help the fishing industry transition to using whalesafe gear. We speak to Lillian Mitchell with the Fundy North Fishermen’s Association about the new program and what it will mean for New Brunswick fishers. 10:40

The federal government plans to make the use of this type of gear mandatory for thousands of harvesters across the Maritimes and Gulf of St. Lawrence fishing regions by the beginning of the 2023 fishing season.

It’s all in an effort to reduce the number of whale entanglements and deaths.

“Entanglements in fishing gear can pose serious harm to whales and other marine mammals,” the Department of Fisheries and Oceans said in a release. “They can impact the animal’s ability to swim, eat, and reproduce, and they can be fatal.”

Fishermen have been encouraged to try whalesafe gear for a few years, but up until now the only funding help was the Atlantic Fisheries Fund, which required the applicant to contribute 20 per cent contribution toward the cost of the equipment.

Mitchell hopes that will not be required with this fund.

It would be cost-prohibitive for a group such as The Fundy North Fishermen’s Association, she said, noting the equipment itself is expensive and fishermen have to be paid for their time and the use of their vessels.

In addition, someone has to compile the results and write a report.

Up to $10 million is available during this first round of proposals, with another application process taking place in 2022.

“A lot of this gear hasn’t been extensively tested in Canadian fisheries,” said Mitchell.

Different areas are fished differently for the same type of catch, said Mitchell.

So not all fishermen will be able to use the same whalesafe gear in exactly the same way.

“For my fishermen in southwest New Brunswick, some things might work better for us here and wouldn’t work for somebody in Nova Scotia,” she said.

“We’ve got some of the world’s most extreme tides and people who are on the water work in extreme conditions, so we have to make sure that equipment is up to the task.”

The most expensive whalesafe gear option is ropeless.

That technology still has a few kinks that need to be worked out, Mitchell said.

“There are problems with the deployments being successful and actually being able to retrieve the gear on bottom,” said Mitchell.

There are also logistical questions about how ropeless gear can be used in an area by many fishermen at the same time.

“You need to know where other people’s gear is,” Mitchell said.

She hopes the new fund will help figure out those details.

Fishermen are already heavily invested in and committed to whale conservation, she noted, through initiatives such as whale rescue work and ghost gear retrieval.