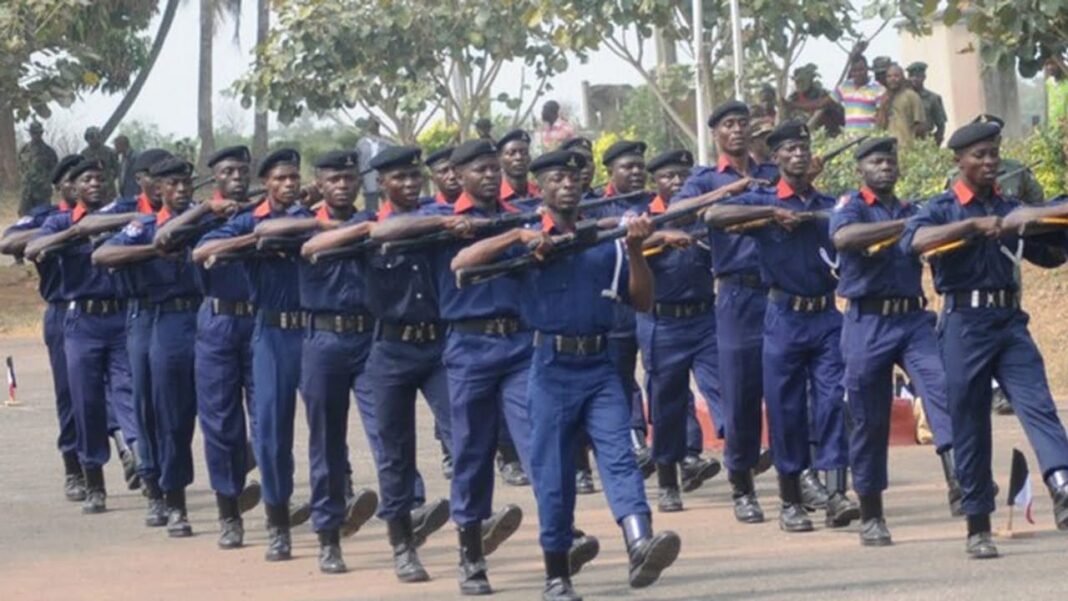 The Ekiti State Commandant of the Nigeria Security and Civil Defence Corps (NSCDC), Mr. John Olatunde Fayemi, has cautioned Premium Motor Spirit users and dealers in the state not to inflict economic injuries on the people as well themselves.

Commandant Fayemi stated this while monitoring the sales and dispensing of the product in Ado Ekiti, following a series of complaints that some filling stations were selling the product above the regulated pump price.

Fayemi, who moved within Ado metropolis along with men of the Anti-Vandal Unit of the Command, advised some filling station owners along Ado/Ikere road who were hitherto alleged to have been selling the product above the government-approved price, that they should revert to the known price if the allegations were true and also urged some people who came with large numbers of jerry cans to think twice before keeping PMS at home, especially this season where everywhere is dry.

The State Commandant further noted that selling the product above the government-approved price is tantamount to sabotaging the government’s efforts to make the economy run smoothly.

While also considering such acts as inflicting economic injuries on the people by the petroleum dealers, he posited that illegal storage of fuel at home for black marketing is an unwholesome practice that contravenes the safety and health policy of the state government.

He, therefore, directed the Anti-Vandal Unit to step up the work of monitoring and moderation of petroleum products distribution and dispensing around Ekiti State with the aim of combatting hoarding and arbitrary price hike of the product.

This is with a view to easing out the scarcity of the product that has lingered in the state for about two weeks now.

The State Commandant further issued a stern warning to petroleum dealers and filling station owners in the state that anyone caught will face the full wrath of the law and no one, including black marketers would be spared from prosecution, to serve as a deterrent to others who may want to indulge in the illegal act.