FRSC reveals causes of most road crashes in 2018 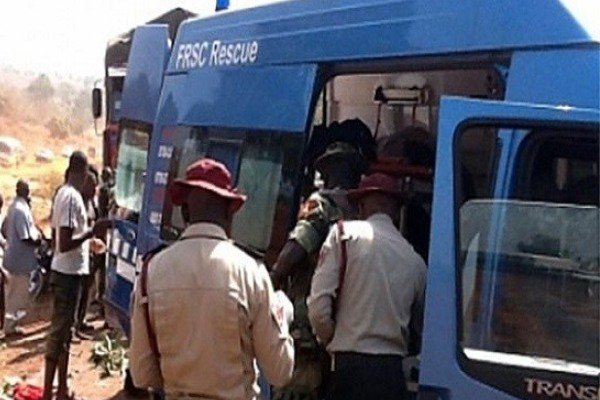 The FRSC Sector Commander in the state, Mr Peter Oke, told the News Agency of Nigeria (NAN) in Osogbo that the accidents were caused by over speeding, wrongful overtaking and carelessness of many drivers.

Oke said ‘‘The total numbers of Road Traffic Accidents for the month of December 2018 was 28 which led to the death of 18 persons.

‘‘The remaining 10 persons sustained various degrees of injuries in the accidents within the state,’’ he said.

He also stated that 773 road traffic offenders were apprehended while 268 were educated and cautioned on the sensitivity of road driving.

The sector commander further said that no fewer than 906 persons were issued with driver’s licence in the month under review.

He added that the command executed 12 radio and eight television programmes to educate and enlighten the public on the dangers associated with dangerous driving.

Oke urged motorists to desist from defying road traffic regulations, adding that the command would not spare any person caught flouting the law.