From apples to almonds, looming tariffs from India could hurt West Coast growers 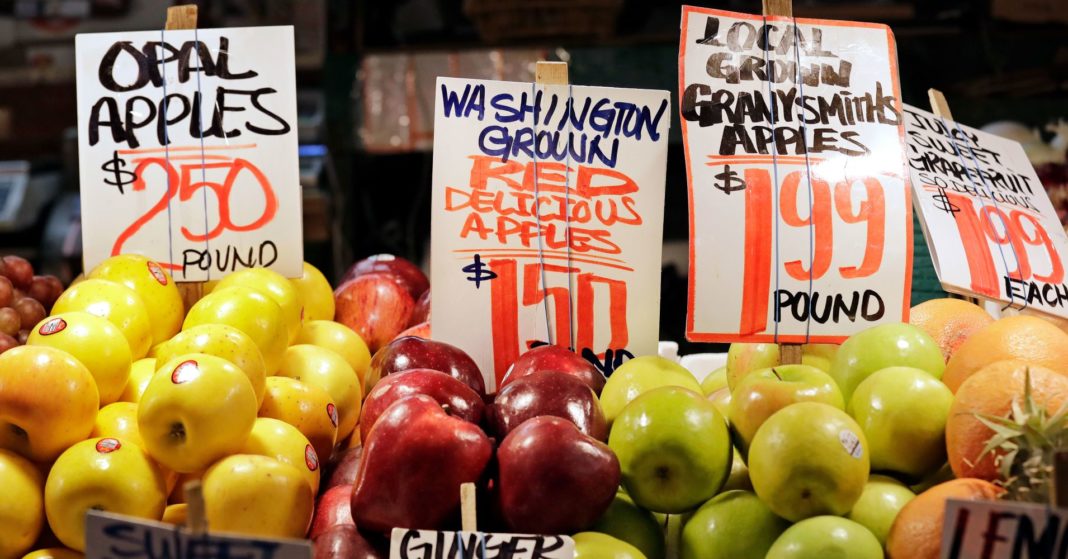 American fresh apple and tree nut producers could see a bigger bite out of their export business starting next month if India follows through with its threat to impose retaliatory duties in response to U.S. imported steel tariffs.

India notified the World Trade Organization back in May it planned to implement tariffs on a variety of U.S. products, including walnuts, almonds and apples, in retaliation for President Donald Trump’s duties on steel and aluminum imports. India is the second-largest destination of California almonds after the European Union and one of the top overseas markets for U.S. apples.

India targeted American apples with an additional 25 percent customs duty, which when added with the existing 50 percent levy will increase the import tax to a hefty 75 percent. India also is adding a 20 percent tariff on almonds and a whopping 120 percent levy on walnuts. India’s new tariffs are set to take effect Aug. 4.

It comes on the heels of Mexico last month imposing its own retaliatory tariffs of 20 percent on U.S. fresh apples and several other agricultural and food products in response to the administration’s imported steel duties.

China, meantime, rolled out new 25 percent duties on July 6 on $34 billion worth of U.S. products — including soybeans, fresh apples, certain tree fruits, citrus and cherries. The move followed the 15 percent tariff levied in April on U.S. fruit, wine and certain tree nuts, such as almonds, pistachios and walnuts.

Turkey also targeted U.S. walnuts last month and certain other products with new duties due to the administration’s imported steel tariffs. Turkey ranks as the number 2 export market for California walnuts after the EU, according to the state Department of Food and Agriculture.

Almonds and walnuts represented about $5 billion in export value for California in 2017. More than half of the pistachios and almonds grown in the U.S. are sold to overseas customers. Australia competes with the U.S. for export sales in almonds, while Iran has been getting more aggressive as an exporter of pistachios.

“The big impacts are going to be on West Coast producers and especially in August, September and October,” said Joel Nelsen, a farmer and president of the California Citrus Mutual, a citrus producers trade group. “That’s several hundred million dollars of nuts. That’s almost $200 million of citrus. And then you got some wine grape guys that are going to start feeling the pinch too.”

What’s more, Nelsen isn’t hopeful the trade spat will be resolved anytime soon and suggests there is a role for the federal government to play to encourage consumption of American fresh fruit and vegetables both domestically and abroad. “Stimulating demand might absorb some of this product that is not going to get into China,” he said.

“Apples are getting hit from all directions,” said BJ Thurlby, president of the Washington State Fruit Commission, a growers organization representing Northwest stone fruits such as cherries. Thurlby said U.S. cherries are now subject to a 50 percent import tax in China and it’s resulted in “extreme price pressure downward.”

Assuming India’s tariff gets implemented, American apples also will face a substantially higher tariff than competitors, which could lead to European growers taking a slice out of the market.

“There will definitely be a shift and consumers will look for substitutes or other alternatives,” Tarun Arora, director of IG International, one of India’s largest fresh fruit importers, told CNBC in an email response to a query. “The Indian consumer is very price sensitive and trade will shift in favor of European apples largely affecting overall U.S. apples supply programs in India.”

According to Arora, Indian importers brought in about 8 million cartons of Washington apples this season, a banner year in terms of volume shipped. But he predicts once the tariff goes into effect, volumes could slow by 60 percent or more.

Then again, some U.S. executives suggest fresh fruit producers will cut prices and sell at break-even levels in some cases just to maintain market share. This should end up hurting West Coast producers more since the going labor costs on the U.S. West Coast tend to run higher than some East Coast markets.

Roughly one out of every four apples grown in the U.S. goes to the export market. The export market was valued at nearly $1 billion last year for the U.S. apple industry.

“If India happens Aug. 4, almost half of all our apples that we export will be impacted in one way or another with a duty,” said Todd Fryhover, president of the Washington Apple Commission. “That’s very concerning. There’s absolutely no question about that.”

Washington state is home to about 1,300 apple growers and represents about 90 percent of U.S. apple exports. Mexico is the biggest buyer of Washington apples, followed by India. New York, Michigan and Pennsylvania also export apples.

Fryhover said this marked the first year Washington’s apple industry saw India beat out Canada for the number 2 spot. “It’s reflective of the current political circumstances that exist between China and India,” he said. “The Chinese grow almost 50 percent of the apples in the world, and last year due to some political strife between the two countries, [China] was not allowed access.”

“What tends to happen when these discriminatory tariffs go into effect is that you rearrange trade flows,” said Will Martin, a senior research fellow at the International Food Policy Research Institute, a Washington-based think tank and research group.

India had originally been expected to apply the tariffs before June 21 but delayed them until early August, which has given importers time to get millions of fresh apples to India before the new levies hit. Still, a new harvest begins next month on several varieties of U.S. apples so the industry is bracing for impacts.

“We’re going to start harvesting around August 1 or a little before that,” said Mark Boyer, chairman of the U.S. Apple Commission and a part owner of Ridgetop Orchards, an apple grower based in Fishertown, Pennsylvania. “We’re not going to know until we’re all in the thick of the mud. The path that we’re looking at now is not good.”

The almond harvest in California also is around the corner, traditionally running from early August through the beginning of October. The latest government estimates show 2018 will be a record almond crop in terms of volumes.

Yet there’s still a question whether the tariffs will hold back demand in key markets such as China. If demand is weak, it could keep more almonds on the domestic market and lower prices.

“Generally speaking, the tariff situation and how it’s evolved has created market uncertainty,” said Richard Waycott, president and CEO of the Almond Board of California, which represents nearly 7,000 growers. “Markets don’t like uncertainty, so there’s been a slowdown in buyers and sellers coming together.”