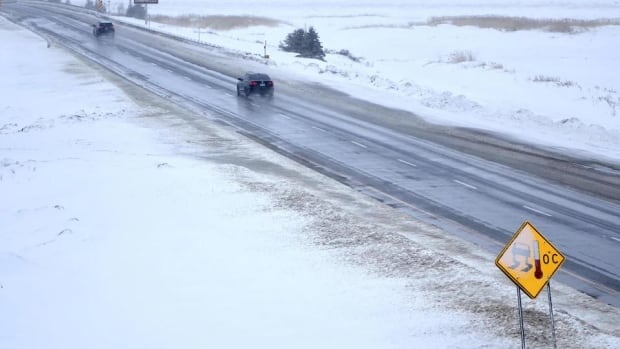 Schools and multiple sections of highways are closed Monday after New Brunswickers all over the province woke up to freezing rain warnings.

Environment Canada is warning of ice coating roads and other outside surfaces after overnight freezing rain.

The freezing rain is expected to continue Monday into Tuesday morning, the weather advisory says, in all parts of the province except along the Fundy coast.

All school districts are closed because of the weather. All NBCC campuses but Moncton will be closed all of Monday, as well as Sussex Christian School.

More than 14,000 N.B.Power customers, mostly in the Moncton and Shediac areas, are without power.

Vitalité Health Network said all of its clinics in northwest New Brunswick and in the Bathurst area and Acadian Peninsula are closed.

The Haut-Madawaska Medical Clinic will be closed all day. Community Mental Health Centres and Public Health in Caraquet, Shippigan and Tracadie will be closed until 1 p.m. A decision whether to open in the afternoon will be announced in late morning, the health authority said.

Due to weather conditions. TRAVEL NOT RECOMMENDED by SNC-Lavalin on the TCH (Trans-Canada Highway) Route 2 between KM 257 Upper Kingsclear and KM 80 in Grand Falls Driving conditions are extremely poor. 0745 am

Significant ice build-up because of the freezing rain is expected or already happening.

The Saint John area and Fundy National Park are the only locations excluded from the freezing rain warnings. Those areas, as well as Moncton and southeastern New Brunswick are under a rainfall warning, with 20 to 30 millimetres of rain expected.

Moncton, Grand Manan and Kent County are under rainfall warnings as well as freezing rain warnings.

According to road condition advisories, sections of some highways are impassable. New Brunswick 511 lists 20 highway closures as of 8 a.m. Monday. There are also several accidents reported causing further highway delays

Driving conditions on much of the Trans-Canada Highway is extremely poor, said RCMP.

Environment Canada is forecasting a prolonged period of ice pellets and freezing rain Monday morning and into this evening.

“Surfaces such as highways, roads, walkways and parking lots will become icy, slippery and extremely hazardous,” the weather advisory says. “Beware of branches or electrical wires that could break under the weight of ice.”