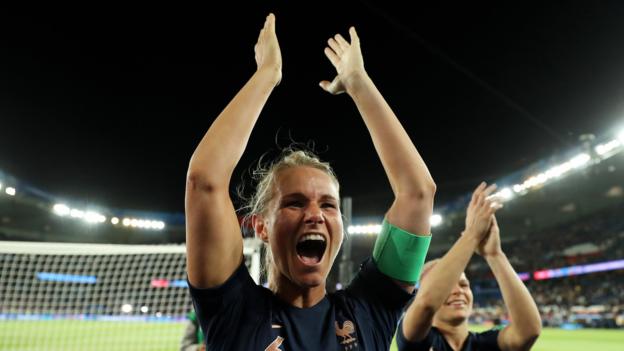 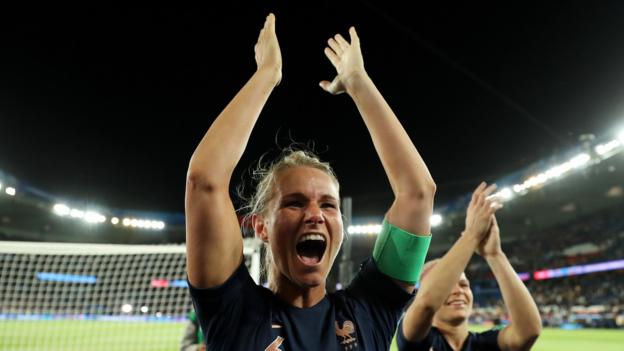 Hosts France opened the 2019 Women’s World Cup with a brilliant victory over South Korea in front of an overjoyed, sold-out crowd in Paris.

Corinne Diacre’s side, among the favourites to win the eighth edition of this competition, produced a breathless performance to take a deserved 3-0 lead at half-time thanks to forward Eugenie Le Sommer’s early opener and two headers from towering defender Wendie Renard.

Midfielder Amandine Henry curled in an excellent fourth goal late on, much to the delight of the 45,261 fans inside the Parc des Princes.

England and Scotland will meet on Sunday in Nice as they get their campaigns under way, with a total of 24 teams taking part hoping to reach the final in Lyon on 7 July.

Defending champions the United States will get their campaign under way against Thailand on Tuesday, with England and two-time winners Germany among the other teams being strongly tipped for success.

Six groups of four teams will compete for the 16 places in the knockout phase, with the top two teams in each group qualifying automatically, as well as the four best third-placed sides.

France, fourth in the world rankings and aiming to become only the second host nation to lift the trophy, could well take home the biggest prize if they continue to play as they did against South Korea.

Backed by deafening support the home side began the match with pace, intensity and remarkable desire.

Henry curled narrowly wide inside the first two minutes, before squaring the ball in to Le Summer’s path for the Lyon star to open to scoring soon afterwards, and talismanic centre-back Renard added two headers from corners before the break.

South Korea, ranked 14th in the world, were largely outplayed but midfielder Lee Min-a placed wide from their best chance in the second half, after a rare error from Renard.

The French starting team included seven of the Lyon squad that beat Barcelona to win European football’s biggest women’s club competition, the Champions League, in May, including goalscorers Le Sommer and Renard.

Chelsea star Ji So-yun and West Ham’s Cho So-hyun were both in South Korea’s midfield, which was overrun in the early stages by France’s energy, movement and pressing.

Griedge Mbock Bathy thought she had volleyed in France’s second goal but it was ruled out for a fractional offside decision by the video assistant referee system.

VAR is being used in the Women’s World Cup for the first time and the French fans booed and whistled in frustration at both the length of time it took to review the footage and the decision itself.

But replays showed that the officials had been correct with Mbock Barthy’s foot in an offside position, albeit by the smallest of margins.

Quick off the mark – the stats