Fowler surges clear at US Open 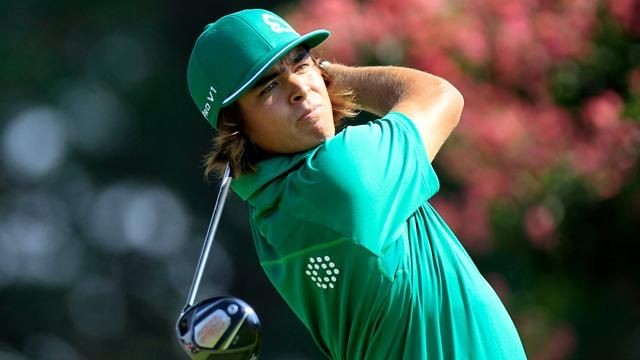 Rickie Fowler scored a record-equalling seven-under-par 65 to grab the early lead in a low-scoring opening round at the US Open on Thursday as world No 1 Dustin Johnson struggled to make an impact.

Fowler, the world No 9 from California, revelled in benign conditions at Erin Hills Golf Course to notch seven birdies and 11 pars.

With the picturesque par-72 course set up at a monstrous 7 845 yards, Erin Hills had been expected to live up to the US Open’s billing of being the toughest test in golf.

But a week of rain which has softened greens and made fairways more forgiving created an inviting start to the second major of the season.

Fowler wasted no time in exploiting the conditions after teeing off on the 10th, rattling off four quick birdies to be four under.

Two more birdies at the start of his inward nine pushed him to six under and a seventh on his 16th hole of the day saw him finish at seven under.

While the lowest opening round score at US Open is 63, Fowler’s seven under round saw him equal the record for the lowest score to par in the first round of a US Open set by Jack Nicklaus and Tom Weiskopf in 1980.

Fowler is bidding to become the seventh first-time major winner in a row with in Wisconsin this week.

Fowler led in the clubhouse from three players who finished on five under – Brian Harman, Tommy Fleetwood of England and Brooks Koepka.

A slew of players were under par as play continued.

But world No 1 Dustin Johnson – the defending champion and pre-tournament favourite – was struggling to get to grips with his game.

Johnson, who arrived at Erin Hills confident that the layout was tailor-made for his big-hitting style, never looked comfortable during a wayward start.

After opening with four pars the problems for Johnson began on the par-five 14th when he three-putted for a double-bogey seven.

A further bogey followed on the par-four 15th. A birdie followed on the 16th but Johnson was soon back in trouble on the 17th, twice finding the rough for this third bogey of the day.

A missed birdie putt on the 18th was emblematic of a miserable front nine. Johnson was three over for the round with three holes to play.

Meanwhile, six-time US Open runner-up Phil Mickelson confirmed his withdrawal from the tournament on Thursday as expected.

Mickelson had vowed to skip the tournament to attend his daughter’s high school graduation ceremony but had been granted a tee-time on the off-chance any delay in play may allow him to travel across the country to make the first round.

The opening morning also saw drama near the course, when an airship filming aerial images caught fire and crashed.

A pilot on board who apparently parachuted from the aircraft was being treated for injuries.

Galleries at Erin Hills looked on in disbelief as the aircraft could be seen falling from the sky.

“We were watching a group finish on 18 and beyond the green we saw the blimp falling,” witness Adam Johnson told the local Action 2 news network.

US Open officials later said the blimp was not affiliated with the tournament or the US Open broadcast.