Ford avoided a lengthy strike — thanks to GM 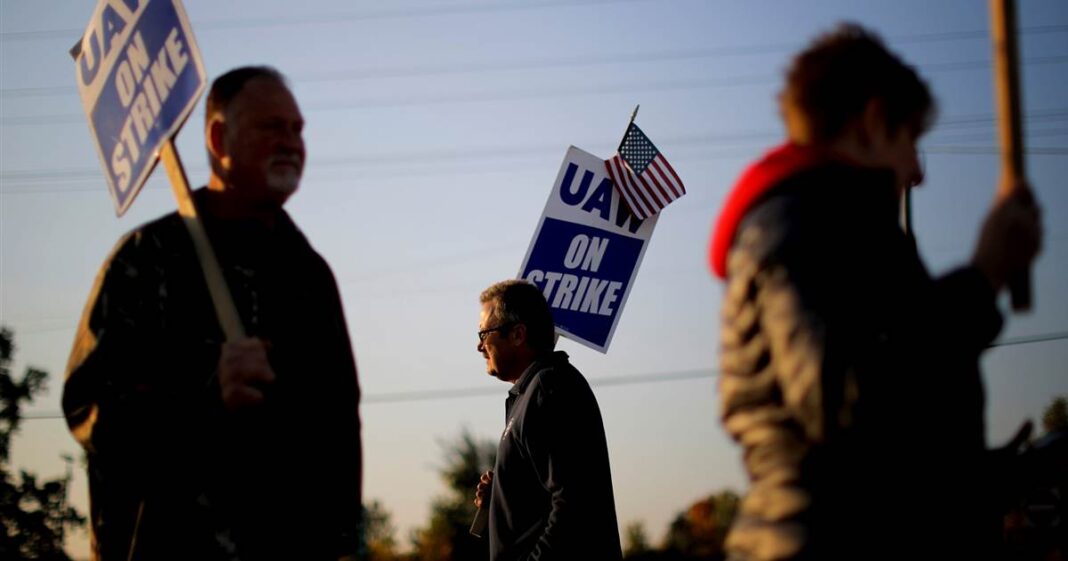 The two sides won’t release specific details of the agreement until it moves closer to ratification by the 55,000-member Ford rank-and-file, but sources close to the negotiations say it echoes many of the key details of the new GM contract which, among other things, includes as much as $6 billion in new investments meant to preserve or add about 8,500 jobs.

The settlement is expected to provide a path for thousands of contract employees to gain full-time employment. That was one of the sticking points that led to the bitter confrontation with GM. The big question is whether the UAW now will be able to sell its pattern agreement to the remaining Detroit-based carmaker, Fiat Chrysler Automobiles. But that could be complicated by the announcement that Fiat Chrysler Automobiles plans to merge with France’s PSA.

Ford and the UAW began discussing the new contract in July. The talks were put on hold in mid-September, with the union picking what is traditionally known as its “strike target,” or what the company expected to deliver, which could then be taken to the other members of the Detroit Big Three.

This year, the spotlight was on General Motors, and talks with Ford and FCA were put on the back burner. With the GM ratification vote completed, and the automaker’s 47,000 hourly U.S. workers back on the job, UAW bargainers rushed back to Ford on Monday. Sources close to the talks had signaled that the key elements of a contract were already in place, but some details had to be tweaked to conform to the pattern set by General Motors.

Ford avoided a lengthy strike — thanks to GM

Rory Gamble, the UAW vice president in charge of negotiations with Ford, told reporters late Wednesday that, “Our national negotiators elected by their local unions have voted unanimously to recommend to the UAW-Ford National Council the proposed tentative agreement.”

The contract now faces a several-step process before being formally ratified. That National Council, representing union locals across the country, will meet to consider and then vote on the settlement Friday. At that point, the tentative contract details will be released and voting by Ford’s U.S. hourly workers will begin.

There are always unique “wrinkles” in the contracts hammered out at each of the Big Three automakers, said Art Schwartz, a former GM negotiator and now head of Detroit-based Labor and Economics Associates.

But preliminary indications are that the Ford contract also includes a promise of investments in new products and the U.S. plants that will build them, about $6 billion worth, compared to $9 billion at GM. One key difference is that Ford has no plans to close any plants. Going into this year’s negotiations, General Motors was set to close two assembly lines but now will keep one of them open.

Ford workers also will receive signing bonuses once the contract is ratified, though the amount is expected to be less than half of the $11,000 agreed to by GM.

Sources indicate Ford also followed the pattern set by GM — if not the precise language — concerning contract and transitional workers. The bigger automaker agreed to cut in half the amount of time it takes for “in-progression” hourly workers to reach peak pay and benefit levels. It also agreed to reclassify temps with at least three years so they could also gain a measure of job security and work towards top pay and benefits.

In the days ahead, the UAW is expected to move on to Fiat Chrysler Automobiles where talks also were put on hold in September. That automaker could face challenges addressing the contract and in-progression job issue as it has more of those, as a percentage of its workforce, than either GM or Ford.

Further complicating matters, the UAW will be well aware of the tentative merger plans between FCA and French automaker PSA. Such a deal could lead to significant rationalization of the combined company’s global manufacturing base.

As a result, the union will “want to make sure the merger doesn’t cost jobs,” said former GM negotiator Schwartz.

Paul A. Eisenstein is an NBC News contributor who covers the auto industry.