For this man experiencing homelessness in Windsor, sleep is ‘more precious than gold’ 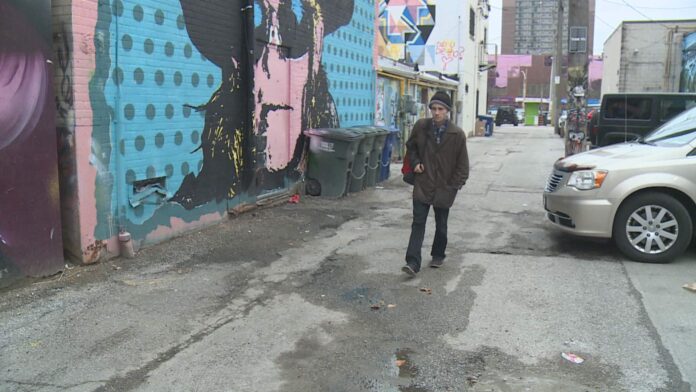 For the past five years, 25-year-old Seth Laub has called the streets home.

After seeing his mother experience trauma, he went into foster care. After getting out of the system, he said he had no where to go except the streets.

“It’s scary, but it’s not as scary as some of the things you have to go through and experience,” Laub said.

Laub said he experiences being awake at all hours of the night, being cold, hungry and everything hurting from lugging everything he has around, he said.

Laub is one of many experiencing homelessness in Windsor, and while the city’s affordable housing stock is growing, the wait list to move in has thousands of names on it.

In the five years he’s been experiencing homelessness Laub said he has been able to couch surf from time to time. Although he said he tries to stay positive, he knows finding a way out won’t be simple.

WATCH: Seth Laub talks about what it’s like trying to find a safe place to sleep 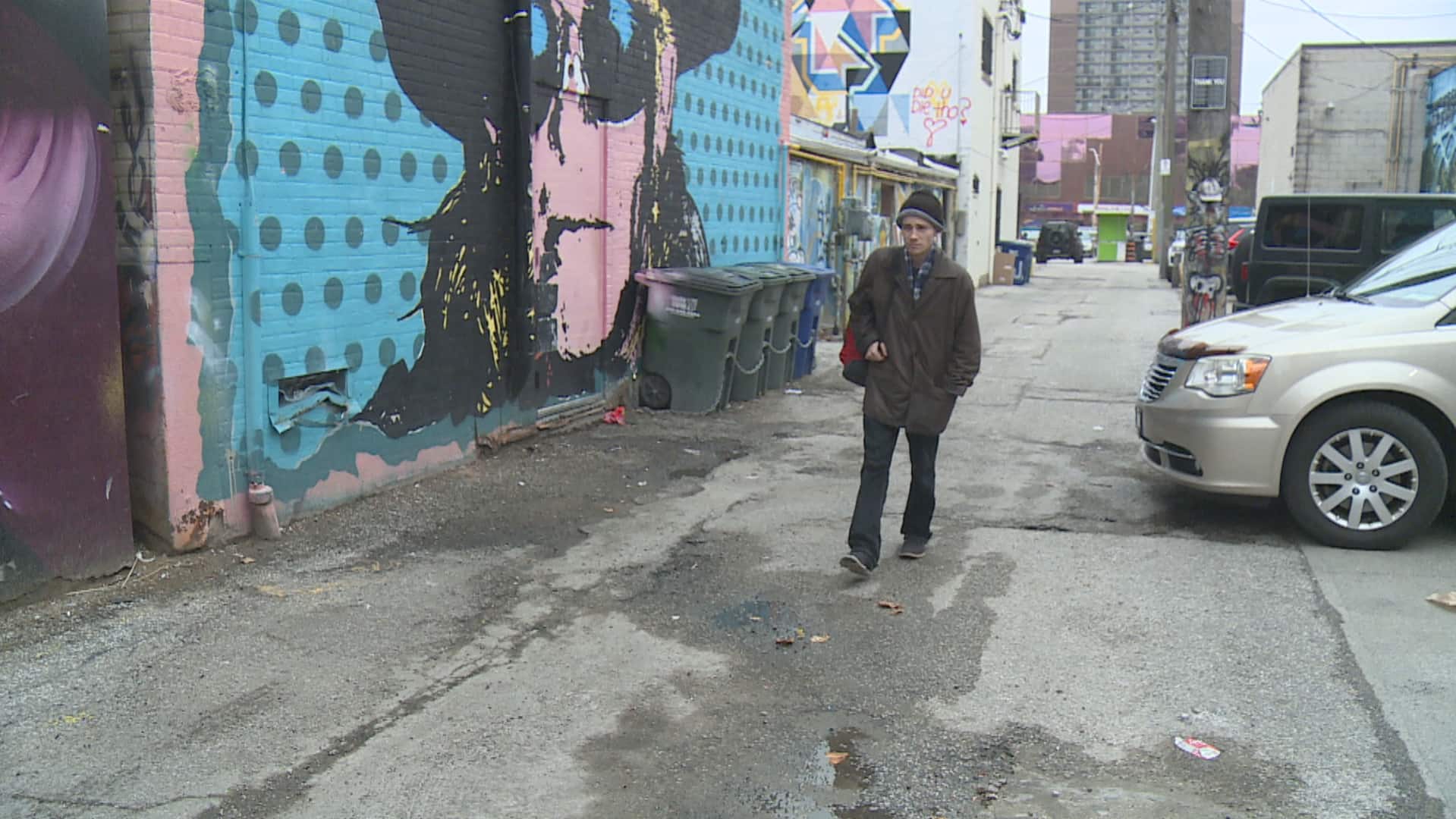 Seth Laub talks about living on the street

Laub says getting restful sleep is more precious than gold.

The latest point-in-time report, from 2021, found 251 people experience homelessness in Windsor-Essex that year. There were 198 single adults,13 youth, and 14 families, an increase of 54 people from the last count in 2018. According to the report, the majority of those dealing with homelessness are white men who are less than 60 years old.

Many more are seeking an affordable place to live.

Earlier this year, the list for affordable housing was around 6,300. Patel said there’s not more housing being built now, so some people may have taken themselves off the list or moved to another city.

Efforts are underway to build more affordable housing and repair old buildings in the region.

Ami Patel, the CFO of CHC, met our CBC reporter at a new build at 462 Crawford Ave.

It’s expected to open in early 2023. The three-storey walk-up will have space for 15 youth at risk of homelessness. It’s congregate housing with four bedrooms in each unit, along with a shared kitchen and living room. On the main floor there is barrier-free housing with three bedrooms and a large bathroom for those accessibility needs.

The build is in partnership with Family Services Windsor-Essex, which is referring tenants, so those housed won’t be coming off the CHC’s wait list.

Out on the city’s east end, a new 10-storey apartment building with 145 units, costing about $40 million to build, is set to also open in 2023. That development, Patel said, will affect the affordable housing list.

WATCH: Ami Patel gives a tour of a new building for youth on Crawford Avenue 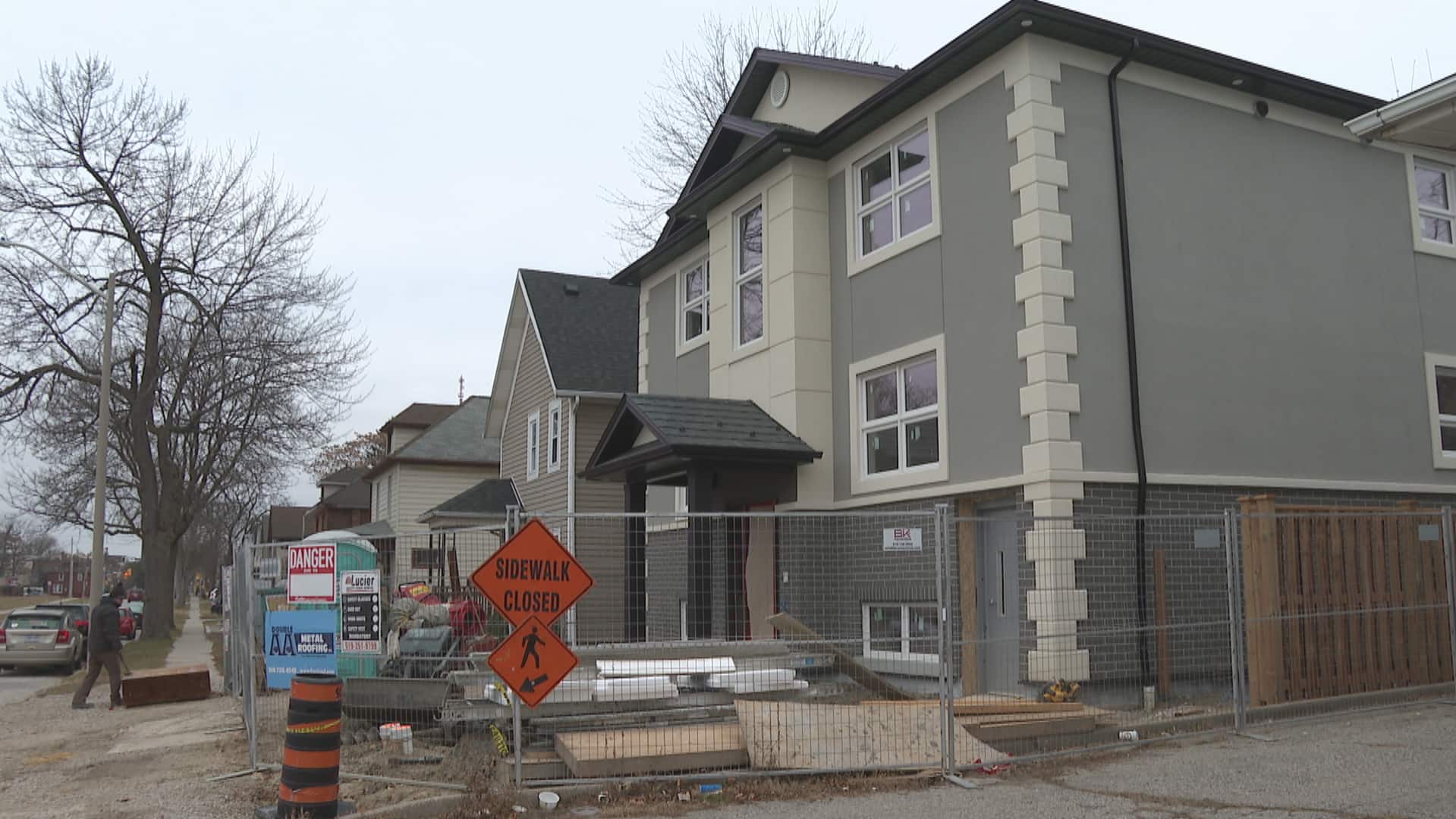 CHC CFO Ami Patel gave CBC News a tour of a new building that will house youth at risk of homelessness.

The 3100 Meadowbrook Lane apartment will have 76 apartments for low income earners and 69 at the market price so the residents will have a mix of incomes and socioeconomic backgrounds.

“Traditionally, you would have had just low income families all together in what you would see as projects,” she said. “We don’t want to do that. That’s how housing was built in the 50s and 60s and now the model is to have a mixed income approach.”

Funding for the project came from all levels of government, said Patel.

At this time, Patel said there is no bylaw in Windsor requiring inclusionary zoning, meaning there is no requirement for any new private builds to have any affordable units inside, something the City of Toronto did in 2021.

“I think it’s on all of us. I should say we really need the private sector to be involved in this too. We have a housing crisis in Ontario,” Patel said.

The provincial government passed Bill 23 last month, which has the province planning to build 1.5 million homes in 10 years. Windsor is expected to build 13,000 new homes by 2031.

“We hope will actually bring more affordable housing into the marketplace,” Patel said. “It’s not clear if it actually will. The intent of that bill is focused on supply and supply doesn’t automatically equal a reduction in prices.”

The local housing stock is about 50 years old, which require repairs to maintain it, she said.

CHC has been working on a multi-year development plan to revitalize the area’s assets. Patel said there is a $170-million capital plan in conjunction with the federal government, through the Canadian Mortgage and Housing Corporation, and the city all putting in money to make those repairs.

Between 2022 and 2023, the city is expecting to have 210 more units available, 109 of those going toward affordable housing.

“It’s a good start, absolutely,” Patel said. “Our big building off Lauzon Road and Meadowbrook Lane, we will be taking people off the wait list for that building, so we’ll make a dent there.”

She said there’s a really big need for housing in our community, which will take all levels of government, public sector, and private sector to come together to address.

“We are a city here in Windsor that was small, that we’re growing into a bigger city that has bigger city issues, more urban issues, and we really need to start addressing them.”

Laub said for him and others living on the street, the most precious thing is sleep.

“When you’re sleeping on the streets it’s a sidewalk, there’s lights, there’s sounds and when you’re a light sleeper and have sensory issues like I do, it’s unfathomable how it’s more precious than gold,” he said.

Sleeping outdoors in the cold means he has to be resourceful to find a way to keep warm.

He said he’s stuffed his coat with paper to add insulation.

“There’s been nights when I literally have slept between two people. I didn’t want to, but I did because we needed that body heat,” Laub said.

As for his belongings, he puts them in a backpack with a rubber bottom, something he will leave with trusted friends, but he keeps things close because his future is always uncertain.