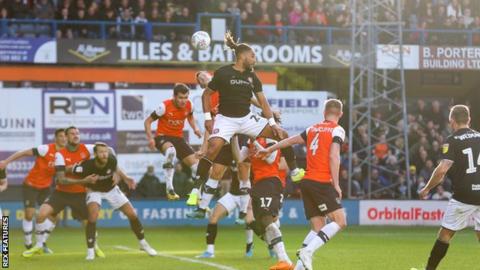 Bristol City is investigating reports of racist language being used by their fans during Saturday’s Championship game at Luton.

An FA Cup tie between Haringey Borough and Yeovil was abandoned on Saturday amid reports of racial abuse by fans, which is being investigated by police.

The statement added: “Action will be taken against anyone behaving in a racist manner at a Bristol City match, who has purchased their ticket or season card through the club, as well as reporting them to the relevant authorities.

“The club are now fully investigating these reports and can assure supporters that appropriate action will be taken.”

Luton released a statement on Sunday saying they would “support any investigation taking place between Bristol City and the authorities”.

It continued: “Hatters CEO (chief executive officer) Gary Sweet has already been in contact with his counterpart at Ashton Gate, Mark Ashton, to express our support and co-operation.

“Like the Robins, Luton Town are a family club that celebrates diversity and inclusion, and will not accept any discriminatory comments or behavior at our matches.”