Floyd Mayweather: Paulie Malignaggi Spied on Conor McGregor for Me 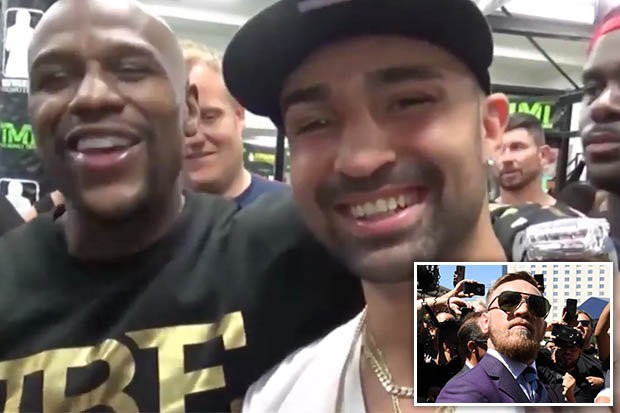 Floyd Mayweather just stepped up the mind games big-time with Conor McGregor — claiming he and Paulie Malignaggi plotted to have Paulie spy on Conor’s camp from the beginning!

“Paulie has always been my friend,” Mayweather told FightHype.com … as Paulie paid a friendly visit to Floyd’s Vegas boxing gym. That’s when he revealed the spy plot …

As Floyd talks, Paulie repeatedly says “suckas” — a shot at McGregor … and maybe the public for being duped.

Remember … Paulie was brought into Conor’s camp to be a sparring partner — but bounced after training footage he said made him look bad got released.

Now … Floyd’s saying Paulie’s been in his corner all along — and that his boy is gonna tell him all about Conor’s game plan.

“Me and Paulie gonna stay at the house and talk about strategy, we gonna talk about EVERYTHING.”

Is he joking? Maybe. Maybe not.