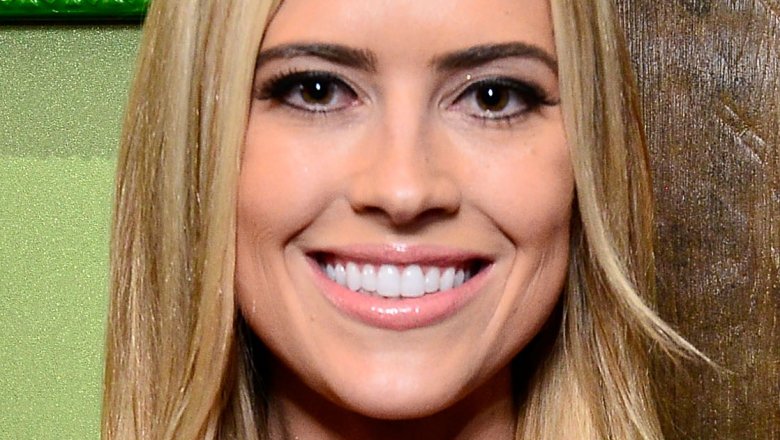 “About Last Night. #magical,” El Moussa later wrote to her 921,000 followers on Instagram, captioning a sweet snapshot of the newlyweds on their big day. Just hours before the secret ceremony, she posted a text-post, which read, “Eventually you’ll end up where you need to be, with who you’re meant to be with, and doing what you should be doing.”

With El Moussa donning an Ines Di Santo dress and Anstead sporting a grey three-piece suit, the happy couple surprised 70 of their closest friends and family with a gorgeous “winter wonderland” wedding ceremony at their home in Newport Beach, Calif. Prior to exchanging their vows, the happy couple originally told their loved ones that they’d be taking a bus to the Newport Beach Christmas Boat Parade from their house.

“We wanted it to be rustic romance,” El Moussa told the magazine, adding, “[Christina Anstead] has a nice ring to it, doesn’t it? … We couldn’t be any happier!”

El Moussa, 35, and Anstead, 39, have been together since October 2017. Meanwhile, ex-husband Tarek El Moussa, 37, reportedly couldn’t be more thrilled about the recent nuptials. According to a source cited by Us Weekly, “Tarek is happy for Christina and he’s moved on, but still cares about her deeply.”

Readers may remember that the formerly married pair finalized their divorce in January of this year. As Nicki Swift previously reported, the Flip or Flop alums initially split in May 2016, before filing for divorce the following January. “We are committed to our kids and being the best parents we can be,” the former couple, who share 8-year-old daughter Taylor and 3-year-old son Brayden, previously released in a joint statement (via Us Weekly). “We will continue to work through this process civilly and cooperatively, and plan to continue our professional life together.”

For his part, Anstead is dad to 15-year-old daughter Amelie and 12-year-old son Archie from a former marriage. While discussing the newly married pair’s special day, he told People magazine this weekend, “We wanted to make it about the kids. It’s the six of us. We’re a blended family so it was really important for them to be a part of it.”

Congratulations to El Moussa and Anstead on their wedding news!