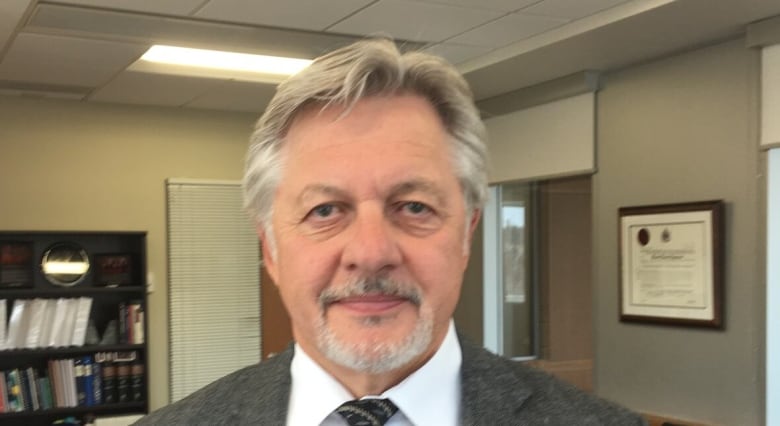 The Federation of Sovereign Indigenous Nations (FSIN), which represents Saskatchewan’s First Nations, is demanding the resignation of one of the province’s top judges after he did not immediately release a residential school file.

FSIN Chief Bobby Cameron says the court’s attitude is typical of the institutional racism faced by First Nations people in the justice system. The refusal to immediately hand over the documents, he said, is retraumatizing survivors.

“This is a perfect example of the systemic racism we face every day that is deeply rooted and entrenched within the Canadian institutions such as the justice system,” Cameron said.

CBC News recently learned that a file inside the Regina courthouse could show whether the Catholic Church kept its promises to residential school survivors. The file includes an explanation of $25 million worth of “in-kind services” allegedly provided by the church to survivors.

CBC News requested a copy of that file.

A court official declined to release the file, instead giving it to Justice Neil Gabrielson, the original judge from the case, which concluded in 2015.

Gabrielson also declined to immediately produce it. He said an application must be submitted and all parties notified.

CBC News requested that Popescul immediately release the documents, but he said he was not able to.

Popescul was not available for an interview to discuss the FSIN’s allegations of systemic racism in the courts on Tuesday.

In a letter emailed to CBC News by a court official last week, Popescul said the court “has a supervisory role over court records” and that proper procedure is being followed.

“The court will not change its procedures, hurry its processes or ignore fundamental responsibilities to meet your deadline,” the letter read.

Popescul said access to a court exhibit “is controlled by the presiding judge” and that it would be inappropriate to interfere now that Gabrielson has made his decision.

“Judicial independence is a fundamental tenet of our legal system,” the chief justice wrote.

“You will have your answer in due course, and if you disagree, you may consider appealing to the Court of Appeal — the proper and usual process.”

That process could take months and will force elderly survivors to wait for answers, said legal experts with extensive knowledge of the compensation agreement. They say this is a public document and should be produced immediately.

They include Mayo Moran, a former dean at the University of Toronto’s faculty of law, former Truth and Reconciliation Commission general counsel Thomas McMahon and Mary Ellen Turpel-Lafond, a former Saskatchewan provincial court judge and director of the University of British Columbia’s Indian Residential School History and Dialogue Centre in Vancouver.

Cameron and others agree. They say that information is the property of survivors. He said Popescul “had the opportunity to do the right thing” but failed.

“These documents belong to the people who trusted … the court process to be fair and accountable. Their trauma is lifelong and felt every day by the survivors and their communities,” he said.

“The judicial process he cites to protect these important documents is the same racist systems and laws that upheld and enforced genocide upon our people. The same racist institution that forced our babies into these horrific schools, that killed and buried these children with no regard and even jailed First Nations parents for trying to stop them from attending.”

Residential school survivor A.J. Felix, an elder of Sturgeon Lake First Nation, said this week that the time for patience is over. He is considering a trip to the Regina courthouse with other survivors to demand the Catholic Church documents in person.

“We didn’t see it, and nobody’s showing it to us,” Felix said. “We have a right to know what the church is saying to protect its integrity and its hide.”