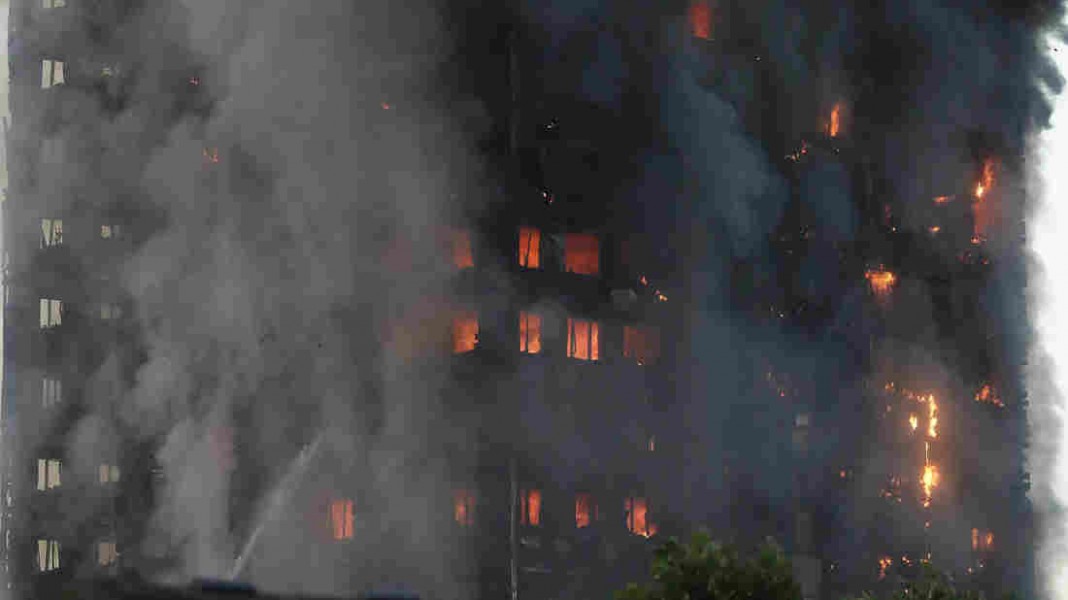 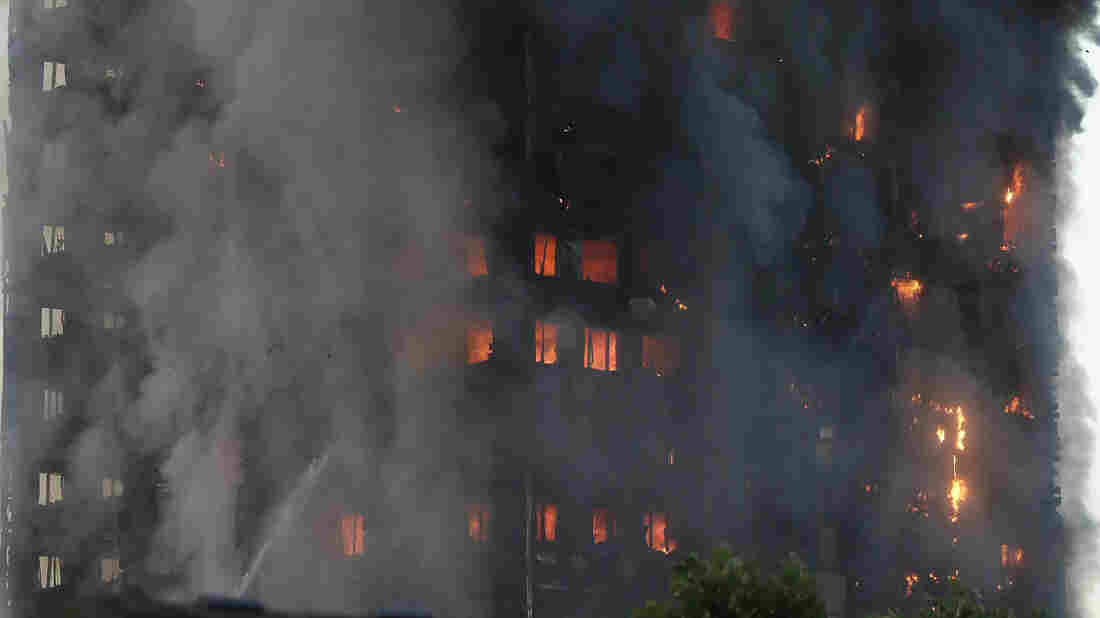 Much of a 27-floor apartment building in London is engulfed in flames after a fire broke out about 1 a.m. (8 p.m. ET Tuesday).

Soon after, people nearby reported seeing flames and smoke shooting from the window of the Grenfell Tower in the west London neighborhood of North Kensington.

The fire continued to burn into Wednesday morning.

There are fears that people are trapped in the building.

Police earlier said they had been evacuating people from the building, and that a number of people were being treated for a wide range of injuries.

The London Ambulance Service said it has sent more than 20 ambulance crews and other responders, and that 30 people have been taken to five hospitals.

“Nassima Boutrig, who lives opposite the building, said she was awakened by sirens and smoke so thick that it filled her home as well.

” ‘We saw the people screaming,’ she said. ‘A lot of people said “Help, help, help.” The fire brigade could only help downstairs. It was fire up, up, up. They couldn’t stop the fire.’

“Boutrig said her friend’s brother, wife and children lived in the building and that her friend was waiting to find out if they were OK.”

One person, who did not want to be identified, told the British newspaper The Guardian, “I’m lucky to be alive – and lots of people have not got out of the building.”