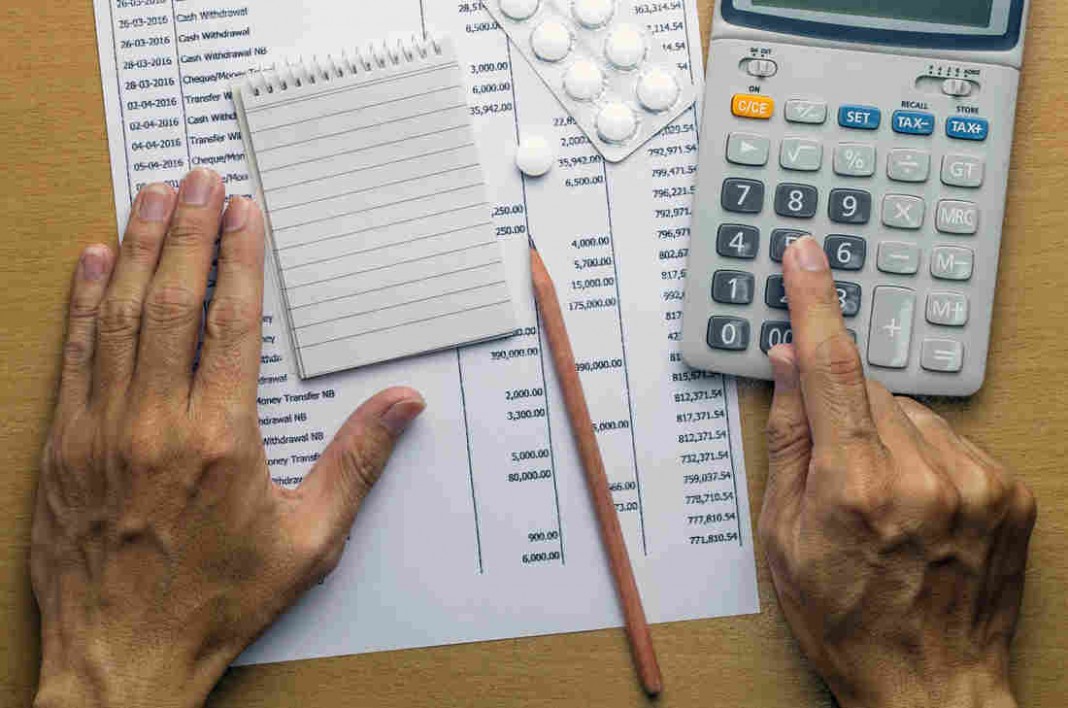 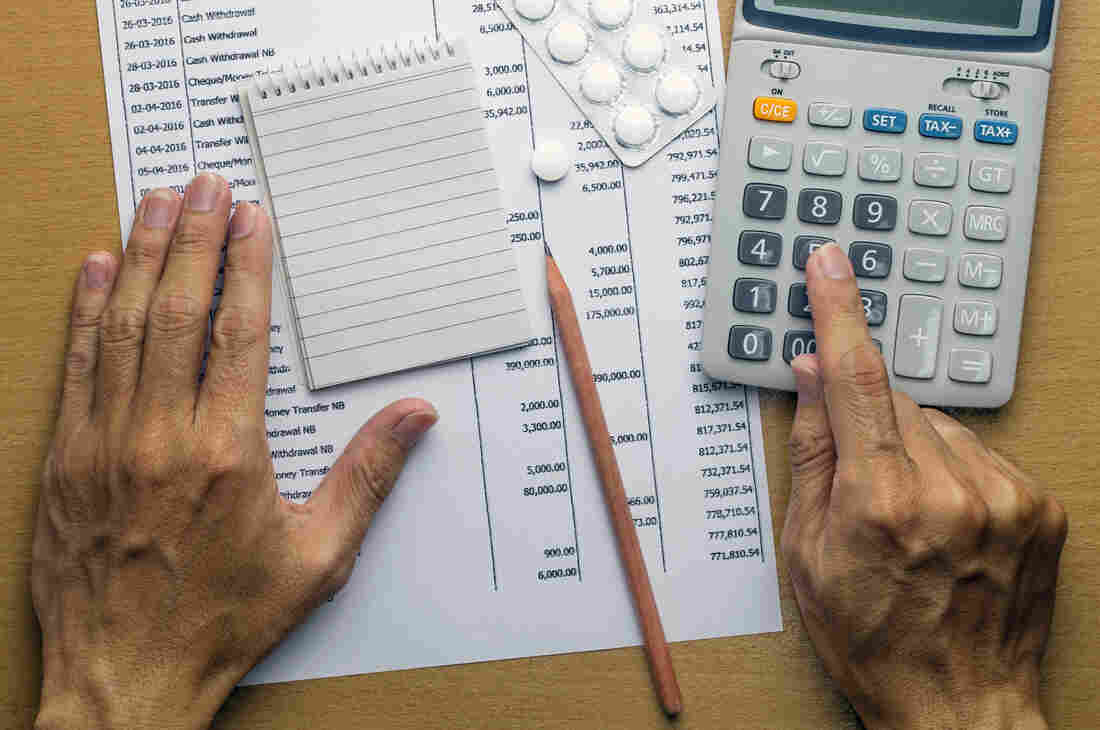 Many people with marketplace health plans purchased under the Affordable Care Act didn’t realize they need to switch to Medicare Part B plans at age 65. Getty Images/iStockphoto hide caption

Many people with marketplace health plans purchased under the Affordable Care Act didn’t realize they need to switch to Medicare Part B plans at age 65.

Each year, thousands of Americans miss their deadline to enroll in Medicare, and federal officials and consumer advocates worry that many of them mistakenly think they don’t need to sign up because they have purchased insurance on the Affordable Care Act’s marketplaces. That failure to enroll on time can leave them facing a lifetime of penalties.

Now Medicare has temporarily changed its rules to offer a reprieve from those late-enrollment penalties for anyone who kept the ACA policy after becoming eligible for Medicare Part B. For those 65 and older and for people with disabilities, Medicare Part B covers doctor visits and outpatient care.

Many of these people who missed the deadline “did not receive the information necessary … through the marketplace to make an informed decision” regarding Medicare enrollment, says a Medicare spokesman, explaining the policy change.

Autumn deadline to request a waiver of the late-enrollment penalty

People age 65 and older who have a marketplace plan or had one they lost or canceled, as well as people who qualify for Medicare because of a disability, but chose to stay with a marketplace plan, may qualify for the penalty waiver or a reduction. They’ll now have until Sept. 30 to request the waiver, according to federal health officials.

“This has been a problem from the beginning of the Affordable Care Act because the government didn’t understand that people would not know when they needed to sign up for Medicare,” says Bonnie Burns, a consultant for the consumer group California Health Advocates. “Once they had insurance, that relieved all the stress of not having coverage and then when they became eligible for Medicare, nobody told them to make that change.”

Lisa Grimes’ 49-year-old sister is one of those people. She receives Social Security disability benefits because of mental illness. She became eligible for Medicare automatically because of the disability benefits, but she had marketplace coverage at that time. (Grimes agreed to be interviewed as long as her sister was not identified.)

Grimes’ sister mistakenly opted to keep her marketplace plan and drop her Part B coverage, probably because her marketplace premium at the time cost half as much, says Grimes. That decision has kept Grimes, a St. Louis real estate lawyer, busy for months, unraveling the consequences.

Only after the sister’s $50 monthly premium ballooned to $360 did she and Grimes learn that marketplace customers lose their premium subsidies when they join Medicare.

The rules are tricky, and mistakes are common

Other Medicare beneficiaries have made similar mistakes by assuming they didn’t need Part B if they had a marketplace plan, or retiree coverage from a former employer, or health coverage through the Department of Veterans Affairs, or via a current employer with fewer than 20 workers. Beneficiaries didn’t realize that none of these is a substitute for Medicare Part B.

Grimes says her sister couldn’t afford the new marketplace premium and had to drop her plan last year. After that, the Social Security Administration denied her appeal to reinstate her Part B coverage with no penalty or wait period. Then she learned about the new Medicare waiver — from a Missouri counselor at the State Health Insurance Assistance Program.

It took several hours for Grimes to find the right letters and other documents needed to apply for the waiver, since her sister’s “filing system was a large shopping bag.” But with assistance from the Medicare Rights Center, a consumer advocacy nonprofit, her sister eventually received Part B coverage without a late fee or waiting period. It was retroactive, so she may even be reimbursed for the medical bills she paid last fall and winter when she had no insurance coverage for doctor visits.

Usually people need to sign up for Part B within three months before or after turning 65 if they aren’t getting job-based insurance, or when their job-based health insurance ends if they are older than 65, according to Medicare rules. Most people under 65 who receive Social Security disability benefits qualify for Part B after 24 months of benefits.

Under the ACA, people who qualify for Medicare will lose subsidies if they choose to remain in plans purchased on the federal or state exchanges. And being enrolled in one of those plans does not protect them from a permanent late enrollment penalty from Medicare.

Marketplace insurers, who are often the first to spot when a member is turning 65, are barred under the health law from canceling coverage because that member may qualify for Medicare, Burns says.

Last summer, Medicare officials began sending emails each month to about 15,000 people who have subsidized coverage through the federally run marketplace. The notices target people approaching their 65th birthday and tell them how “to avoid an unwanted overlap in Marketplace and Medicare coverage.” Officials also began contacting individuals who already have both Medicare and subsidized marketplace coverage, urging them to discontinue the latter.

How to get a waiver of the penalty

Yet many people have missed the warnings.

“These are very complex rules,” says Stacy Sanders, federal policy director at the Medicare Rights Center, which spearheaded an effort in 2015 by nearly 50 unions, insurance companies and seniors’ advocacy organizations to convince Medicare officials to address the problem.

“The lack of good notification was leading people down a dangerous path in terms of declining or delaying Part B,” Sanders says.

In March, Medicare began emailing letters about the temporary waiver to some people 65 and older who are enrolled in plans sold on the marketplaces run by the federal government. But others who may be eligible for a waiver are not getting those notices.

California, which has the largest state-run marketplace, serving 1.4 million consumers, is planning a similar information campaign. So are some other states that run their own marketplaces, including Connecticut, Massachusetts and New York.

People who may be eligible for the waiver, officially called “time-limited equitable relief,” must submit a request by Sept. 30. You can find information on how to apply on the Medicare Rights Center’s Medicare Interactive website or can call the center’s helpline at 800-333-4114.