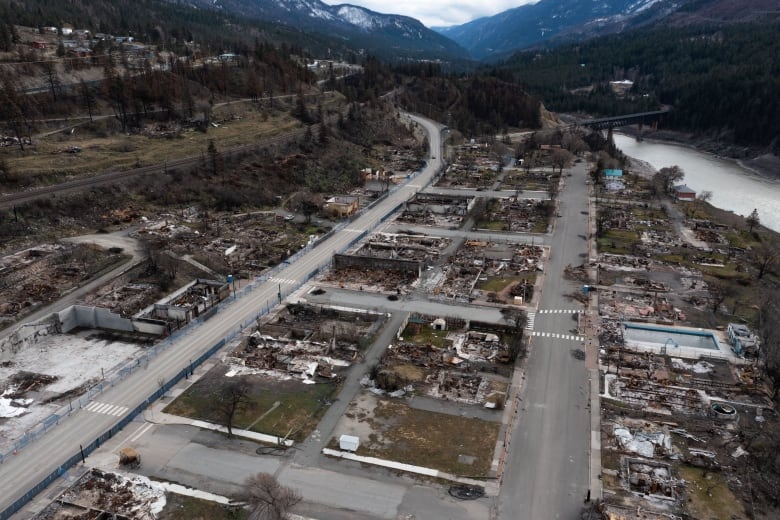 The federal government on Tuesday announced it will be spending $77 million to help rebuild Lytton, B.C., in a way that could better withstand future fires, nearly a year to the day after the village was destroyed by flames.

More than three quarters of the new funding — $64 million — will go toward new, fire-resistant public buildings like community centres and libraries. The remaining $13 million is set aside for small- and medium-sized businesses and insured homeowners to rebuild houses that are fire resistant.

“These investments will position Lytton as a leader, showing that sustainable, resilient, net-zero building is not the way of the future, it is the way today,” said International Development Minister Harjit Sajjan, speaking to media Tuesday at a surviving gas station just up the hill from the village core.

The announcement comes ahead of the one-year anniversary of the disaster on June 30, 2021. The entire village, which lies around 150 kilometres northeast of Vancouver, was ruined by the fire after enduring four days of record-breaking heat. Two people were killed.

Hundreds of homes were reduced to charred rubble. The village is hoping residents will have access to their homes to start rebuilds by the end of September, officials said.

“From the pandemic to wildfires, atmospheric rivers and landslides, it’s been a devastating year for Lytton,” said Mission-Matsqui-Fraser Canyon MP Brad Vis. “Today’s announcement is a pretty big deal … I really do hope that this funding announcement today builds back our community in a way that will allow it to withstand future climate-related disasters.

“Lytton deserves so much.”

Sajjan toured what is left of downtown Lytton later Tuesday, led by village site support Owen Collins, who lost his own home. Little has changed in town, with many piles of rubble still untouched.

The pace of recovery has taken its toll on residents and staff — three recovery managers have come and gone in the last 11 months. Mayor Jan Polderman on Tuesday said heritage permitting and insurance negotiations have been barriers to quicker progress.

“At the moment, the uninsured properties are being cleaned up. We are still waiting for the insurance industry … to do the cleanup on their properties,” he said.

Some residents who attended the announcement Tuesday chatted to one another and shook their heads as politicians spoke.

“I think it’s great that they’re finally stepping up to the plate, but I think something should have been done long ago,” said Tricia Thorpe, who lost her home last year and moved into her new, fire-proofed house in March. 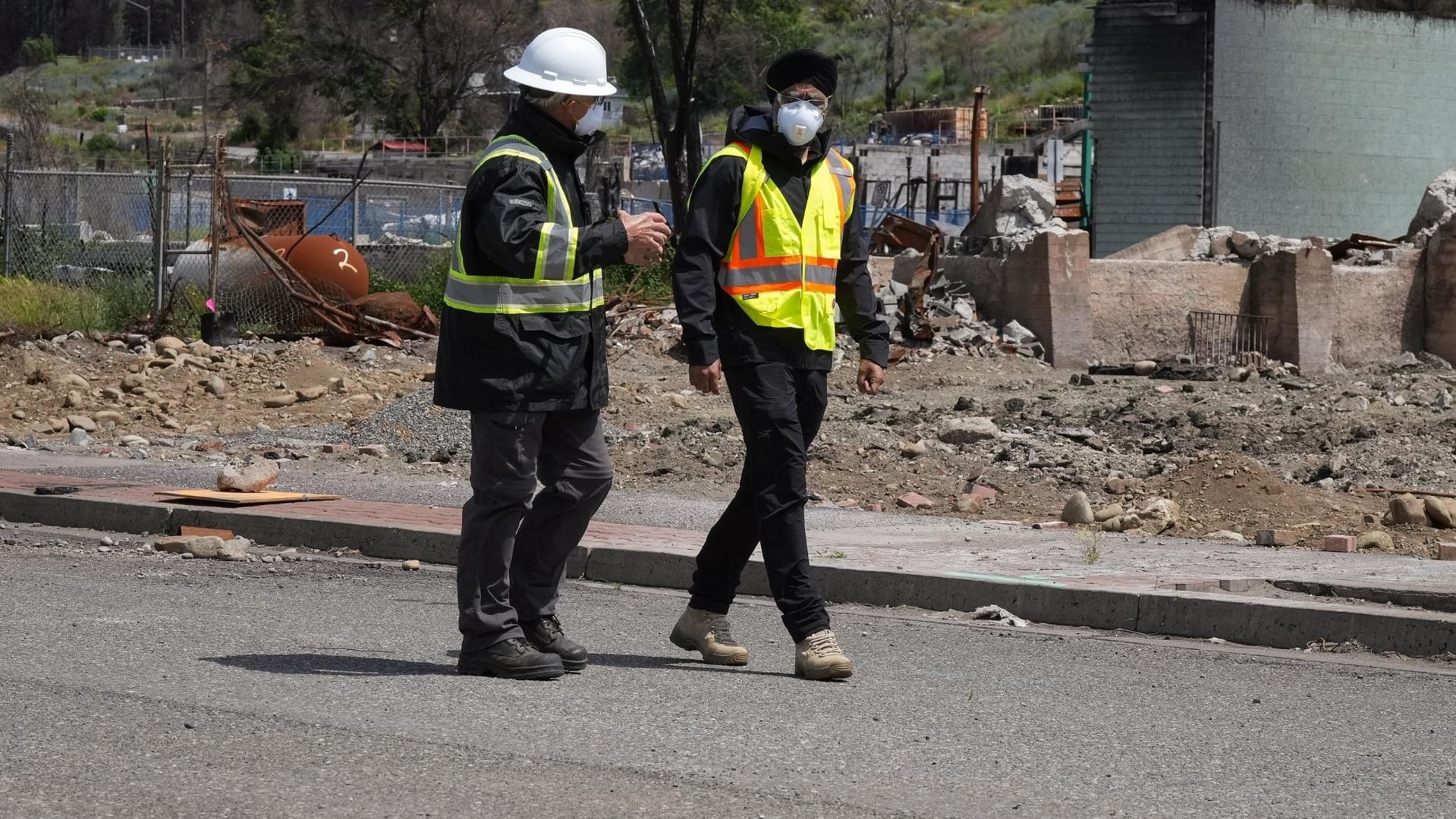 Residents of Lytton, B.C., say they’re worried about more excuses and delays after the federal government announced plans to spend $77 million to help rebuild the community – one year after wildfires ravaged homes and businesses.

“I think that if these kinds of announcements had been made, say last September, October, I think that the community would have had a lot more hope … this has been a long haul and everybody is just tired.”

Through the new Lytton Homeowner Resilient Rebuild program, announced with the funding Tuesday, the government will give $6 million in grants to homeowners “who have basic rebuild insurance who want to rebuild net-zero or fire-resistant homes.”

Asked when residents might be able to expect to see the money, Sajjan also said insurance was an obstacle.

“This is something we’d like to be able to snap a finger and move by tomorrow, but the challenges with the insured places not having that cleanup is an impediment,” said Sajjan.

On Friday, Ottawa also announced an advance payment of $207 million to B.C. as it finalizes applications for the federal disaster assistance fund for communities affected by last year’s wildfire season.

The full request is more than twice that.

Polderman said it could take the better part of a decade to fully rebuild the village, citing other fire-ravaged communities like Slave Lake and Fort McMurray in Alberta, and Paradise, Calif., as examples.

“Generally speaking, you’re looking at a four- to eight-year timeline to have a community rebuilt,” he said.