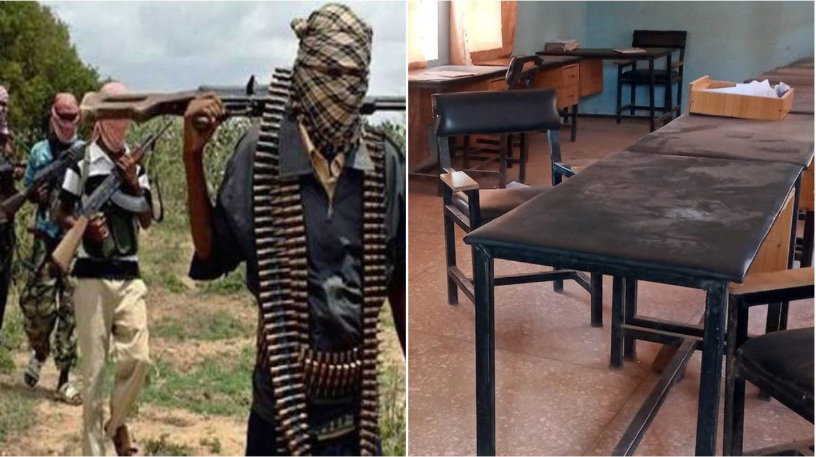 Following the current unrest in several parts of the country, it can be deduced that Nigeria is on ‘fire’ and ‘dangling’ in the hands of bandits who have refused to heed the words of Nigerian leaders.

The recent spike in general insecurity ranging from incessant killings, abduction, and other bandits’ activities could be traced to the two-month deadlines recently issued to them by President Muhammadu Buhari.

According to the governor, the deployed troops were to crush bandits who refused to surrender their weapons after the two-month deadline.

“In my discussion with President Muhammadu Buhari and the security higher commands in Abuja, it was resolved that 6,000 additional troops will be deployed to complement the effort of other security forces in tackling the security challenges in the state.

“The troops will soon arrive in the state for their operations, and we are grateful to the federal government.

“The president has agreed to a time frame within which the recalcitrant bandits should surrender their weapons and key into our peace initiative.”

However, instead of instilling fear in the bandits, the ultimatum has triggered more attacks as many of their dubious activities were recorded in a week.

Recall that shooters suspected to be bandits raided the Federal College of Forestry Mechanisation in Mando, Kaduna State, and whisked away 39 students on Thursday.

The gunmen reportedly stormed the school on Thursday morning, shooting indiscriminately before taking the students.

Kaduna State Commissioner for Internal Security, Samuel Aruwa, who confirmed the incident, said 39 of the students (23 females and 16 males) were missing. Simultaneously, the army was able to rescue 180 people after a battle with the gunmen.

In another development, unknown shooters, also suspected to be bandits, stormed Government Science Secondary School, Ikara, Ikara Local Government Area of Kaduna State on Sunday to kidnap the students. Still, their plot was foiled by the army and other security agencies who responded promptly to the attack.

Another shocking news hit Nigerians on Monday morning when armed men believed to be bandits who could not execute their plans on Sunday stormed the Universal Basic Education, UBE Primary School in Rama, a village in Birnin Gwari Local Government Area of Kaduna State, to abduct some pupils and teachers.

Reacting, The Human Right Writers Association of Nigeria, HURIWA, in a statement on Sunday, blamed President Buhari for issuing the ultimatum, adding that the recent spike in kidnapping and other security crisis in the North West and other parts of the country is traceable to the two months deadline.

“On one hand, the President threatened to deal with the terrorists, but on the other hand, he gave them two months to decide whether to stop the kidnapping.

“Nigerians should know by now that this government lacks the capacity to protect it and the best bet is for the masses to organize demonstrations to call on the United States of America and the United Nations to come into Nigeria and rescue the citizens before we are all kidnapped,” the group added.

Similarly, a former Vice President, Atiku Abubakar, urged the Nigerian government to declare a state of emergency in the education sector on Monday.

Atiku said this while reacting to the abduction of teachers and students of UBE Primary School in Rama, Kaduna State, via his official Twitter handle.

His tweet read: “ With the latest Kaduna school abduction, I repeat my call for the FG to declare a state of emergency in the education sector and to post 24-hour armed guards at every school in the affected and neighboring states. No expense must be spared to keep our schools safe.”

In Kaduna State, Sir Cornelius Ngbede, a Public Affairs Analyst, on Monday, the state’s security situation is “moving from bad to worse.”

“The level of insecurity in Kaduna State is beginning to get from bad to worse. The people of the State no longer sleep well, as insecurity has become an alarming issue.

“Kaduna State has its fair share of this mayhem and arson as no day or week passes without one form of attack or the other. There is no gainsaying that the state is under siege from these criminal elements”.

Ngbede revealed that the perpetrators are not always residents of the state, stressing that they mostly come to the state from neighboring states to launch an attack on innocent Kaduna residents and return to their states.

“The point must be laid bare that most of these bandits are not from Kaduna State. They come from neighboring states, inflict pains and go back”.

He advised the State Government to involve religious and traditional rulers in the fight against insurgency.

“The State must collaborate with the established religious and traditional institutions to build community resilience against terrorism,” he added.

Meanwhile, efforts to reach the Force Spokesman, Frank Mbah, proved abortive. He could not take his calls and could not respond to text messages forwarded to him to get police official reaction to the current situation.