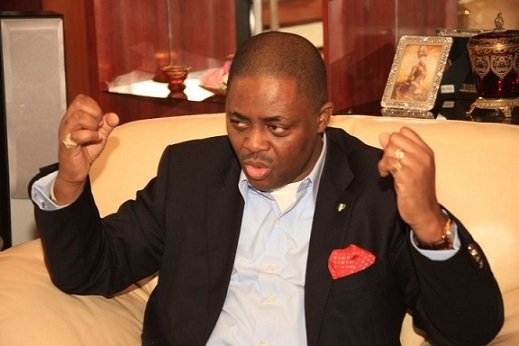 A former Minister of Aviation, Chief Femi Fani-Kayode, has berated the Economic and Financial Crimes Commission for raiding the corporate headquarters of The SUN newspapers in Lagos.

Fani-Kayode said this in a statement on Monday.

The former minister described the act as a barbaric and irresponsible display of power which has characterised the Muhammadu Buhari-led government.

He said, “The raiding of the Sun Newspaper by agents of the EFCC was barbaric and irresponsible. It was nothing but a crude and shameless power-show by a weak, dying, paranoid and nervous government.

“I am not in the least bit surprised by this development because that is the way this government has been behaving for the last two years.

“If it is not the homes and offices of opposition figures that they are raiding for no just cause, it is that of judges, National Assembly members, bloggers, writers and journalists.”

Fani-Kayode asked the EFCC and the government to remember that power is temporary, adding that history would judge their misdeeds.

He said the government’s plan to turn Nigeria into a police state would fail.

The ex-minister added, “They do not know how to run a country and their incompetence is not only self-evident but it also speaks volumes.

“They are always threatening the most basic freedoms of the Nigerian people attempting to destroy and malign them.

“The truth is that they want to turn Nigeria into a police state and to intimidate everyone and anyone that is ready to expose their evil and that speaks truth about their abominable record of performance in office. In this respect they are worse than Hitler’s Nazis.”