There was more than one couple building a connection on Sunday night’s third episode of Famously Single because The Bachelorette‘s Chad Johnson and Dancing With the Stars‘ Karina Smirnoff also just couldn’t fight their growing attraction for each other.

The sparks became even more obvious when the professional dancer failed to hide her jealousy after Chad started talking to other women during a group outing. “I didn’t like it,” she confessed. “I didn’t like watching him talk to another girl while he’s telling me that he wanted to spend time with me.” 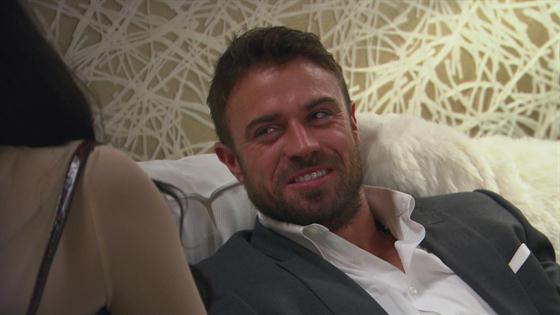 Chad Johnson Jokes About Why He Can’t Do Yoga

But with Tiffany “New York” Pollard‘s encouragement, Chad eventually wised up and decided to ask Karina out on an official date. Yes, it was painfully awkward, but at least he got there—and she agreed!

Meanwhile, Dr. Darcy Sterling tested the celebrities with a “blind” speed dating challenge involving complete strangers. However, Malika once again was more interested in spending time with Ronnie. “I wasn’t trying to show off my listening skills in this process,” she admitted. “I was just trying to get through it.”

Check out the recap video above to catch up on the must-see moments from Famously Single‘s latest episode, “The Disappearance of Calum Best.”