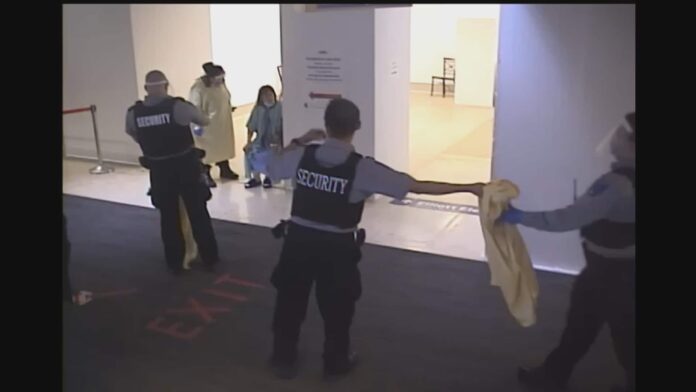 The family of Stephanie Warriner, who died after being restrained chest down by security guards at a Toronto hospital in May 2020, has filed a $16-million lawsuit against the hospital network and the guards involved, calling their actions “reckless” and the force they used “excessive.”

It also alleges the 43-year-old’s death was the direct result of the guards’ actions that day, and that hospital failed to contact the family for 11 days after the incident — leaving them in the dark about what had happened until days before Warriner’s death.

The suit, filed at the Ontario Superior Court of Justice, names the two guards previously charged in Warriner’s death, Amanda Rojas-Silva and Shane Hutley along with University Health Network. Also named are Andrew Li, the shift supervisor; James Rouse, the guard who handcuffed Warriner while she was held on the ground; and Kyle Bryson, the guard who filmed the incident. Bryson later admitted he intentionally moved the security camera away, claiming he panicked.

While the lawsuit won’t bring Warriner back, it is a step toward “accountability,” said her sister, Denise.

“The criminal court has failed our family…. In terms of the civil path, I feel I have a moral duty for a call to action,” she said. “That’s my hope — that it can effect change”

News of the lawsuit came days after CBC News reported that charges against the two guards set to face trial in Warriner’s death were abruptly dropped after a judge decided in November there was not enough evidence in the case.

It also comes after CBC News obtained judicial authorization to publish video of the incident, during which a camera was purposely turned away, not capturing the final moments before Warriner was wheeled away unconscious.

WATCH | She died after guards restrained her. Here’s the footage a jury won’t see: 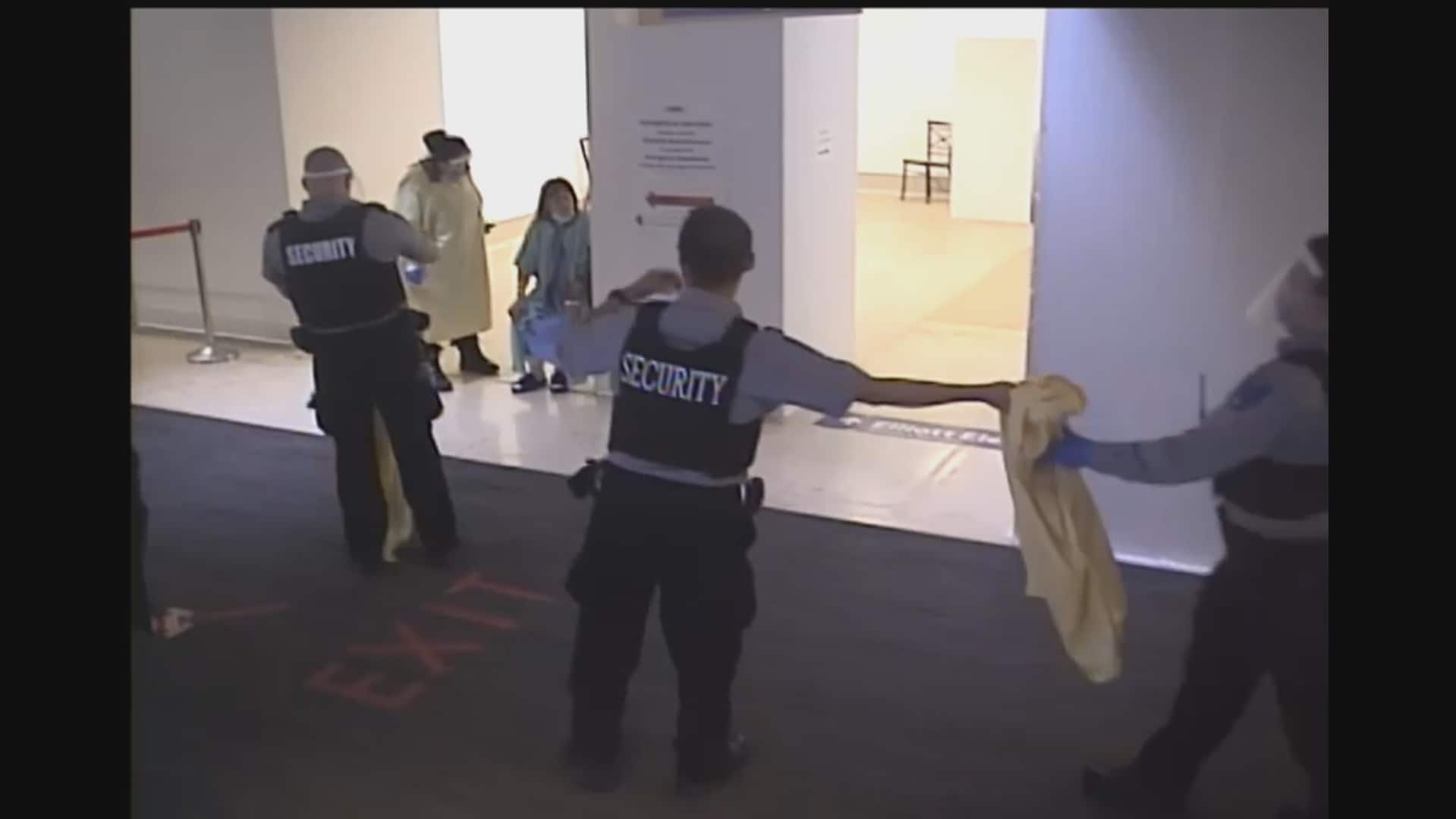 She died after guards restrained her. Here’s the footage a jury won’t see.

WARNING: Video contains graphic footage. CBC News sought judicial authorization for the release of the video of the altercation between Warriner and security guards at Toronto General Hospital in May 2020. Warriner was presumed to have COVID-19 and had her mask down. Video shows guards confronting her. Less than three minutes later, she’s wheeled away unconscious — never to wake up.

The lawsuit alleges the defendants are responsible for a range of breaches, among them: assault and battery, negligence and conspiracy, intentional infliction of emotional distress and breach of the Ontario Human Rights Code by allegedly discriminating against Warriner for her mental health condition and history of addiction.

“Stephanie’s death has had a profound impact on her family,” says the lawsuit, in particular on her sister and children.

“This is the ripple effect,” Denise said, of her neice’s death. “It has ravaged an entire family.

“She really had such a bright future and what happened to her mother on May 27, it changed all of us, especially this beautiful young woman. She was also a victim.”

While the suit was officially filed in September 2022, the lawyer for Warriner’s sister, Denise, says the defendants were only recently served. None have yet filed statements of defence, but all have submitted notices of their intent to fight it, said Asha James of Falconers LLP.

The allegations contained in the family’s lawsuit have not been tested in court.

A mother of five, Warriner was five feet, five inches and 120 pounds, “tiny but mighty” and “loved hard,” according to her sister. She also struggled with bipolar disorder, substance abuse and in the months leading up to her death, found herself living in a shelter after a break up.

On May 10, Warriner, who suffered from chronic obstructive pulmonary disease or COPD, arrived at Toronto General Hospital with a cough and short of breath. It was early in the COVID-19 pandemic, and Warriner was presumptively treated as COVID-positive, though it was later found she tested negative for the virus.

The next day, Warriner left the COVID floor to get something to eat, according to a coroner’s report, and was spotted by hospital staff in the lobby with her mask down around her neck.

“Despite knowing that Stephanie suffered from mental health issues based on their interactions with her, Stephanie was berated by the security guards, thrown to the ground, and restrained in the prone position with weight applied to her back,” the suit says.

“While held in the prone position, Stephanie was forced into handcuffs.”

The suit argues the force used on Warriner was “excessive, unreasonable and not justifiable” by law. The guards, who owed Warriner a “duty of care,” instead restrained and handcuffed her with “no lawful authority” to do so, it adds.

Nor did Toronto General Hospital have any legal authority to confine Warriner to any room, bed or wing of the hospital, even if she had been presumed COVID-positive, the suit says.

In court documents filed as part of their now-quashed criminal proceedings, lawyers for Rojas-Silva and Hutley argued the two used only the force necessary to bring Warriner under control.

Video obtained by CBC News shows Warriner’s limp body wheeled away after the altercation into an elevator bay, where court previously heard Rojas-Silva realized she needed CPR. Warriner was revived but would never regain consciousness.

As for the guard who moved the camera away, court had he heard did so because he suffered from anxiety and panicked when he saw the altercation. The suit alleges the camera was in fact moved “to shield the other defendant guards from any potential criminal liability.”

For 11 days following the incident, as Warriner lay alone in a hospital bed, the suit alleges her family had no idea where she was, that she’d been restrained by guards and that she would never regain consciousness. That’s despite her sister, Denise, being designated her substitute decision maker, the lawsuit says.

With her family left in the dark, Warriner not only had no one to provide consent about her treatment in the hours and days that she lay unconscious, it also meant a painful realization for her sister and children when they finally learned what had happened.

Five days after the hospital finally got in touch, Warriner died at Toronto Western Hospital, where she’d been transferred.

“Whether it was going to help her or not, she didn’t have anybody there … It absolutely tears me apart.”