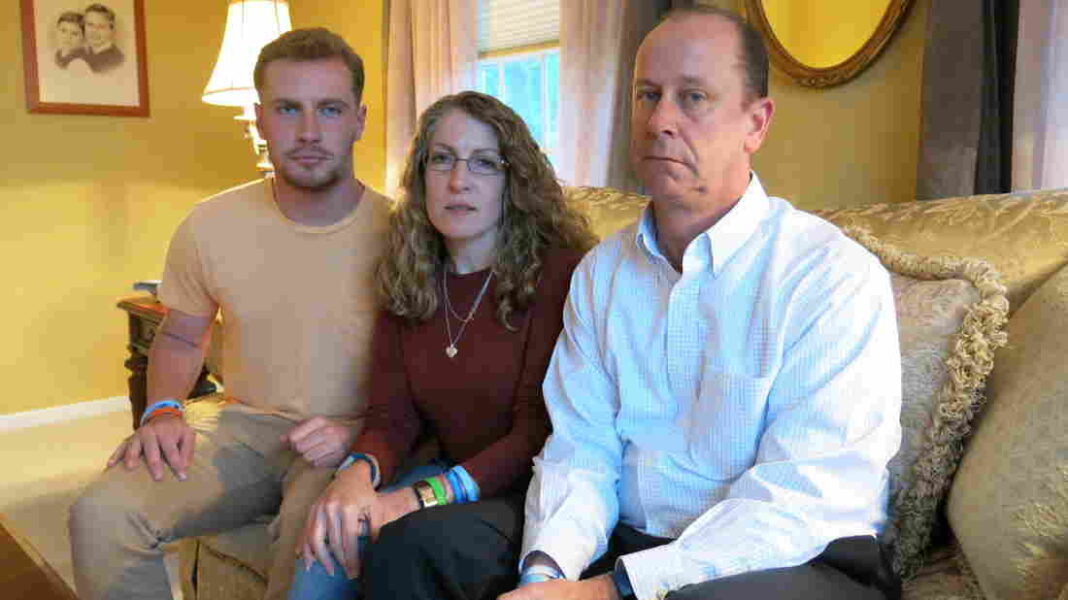 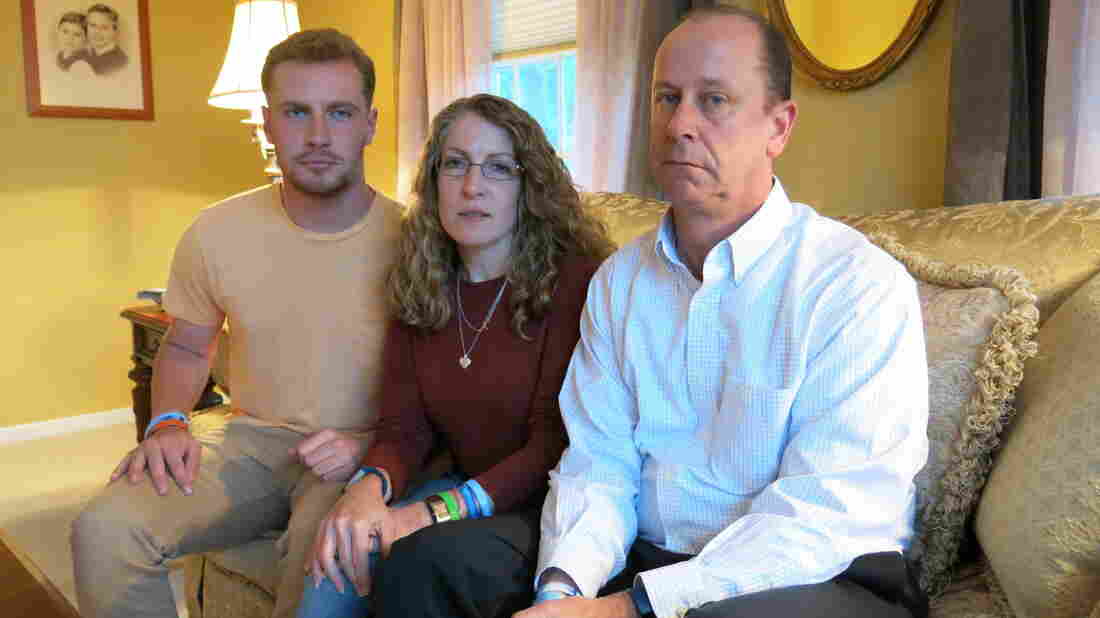 The death of 19-year-old Pennsylvania State University sophomore Tim Piazza is bringing new attention to the problem of hazing. Administrators there say they are planning strict new controls on fraternities and sororities that will be among the toughest in the country.

Piazza’s parents, Evelyn and James, have not seen the video that captured the events before their son’s death but say they want the “horror” he experienced to lead to change at Penn State and stricter laws more generally around hazing deaths.

In February, Piazza wanted to join the Alpha Upsilon Chapter of Beta Theta Pi at Penn State. It was supposed to be a “dry” fraternity but it clearly was not. Alcohol played a central role in Piazza’s death.

Surveillance cameras captured much of what happened the night of February 2, 2017. Centre County District Attorney Stacy Parks Miller says that evidence was central in a decision to bring dozens of charges against 18 people.
Parks Miller says the evening started with something called “the gauntlet”. At a May 5 press conference, she described it as a hazing ritual, “where they bring the pledges and make them go from station to station and drink copious amounts of alcohol really quickly.” 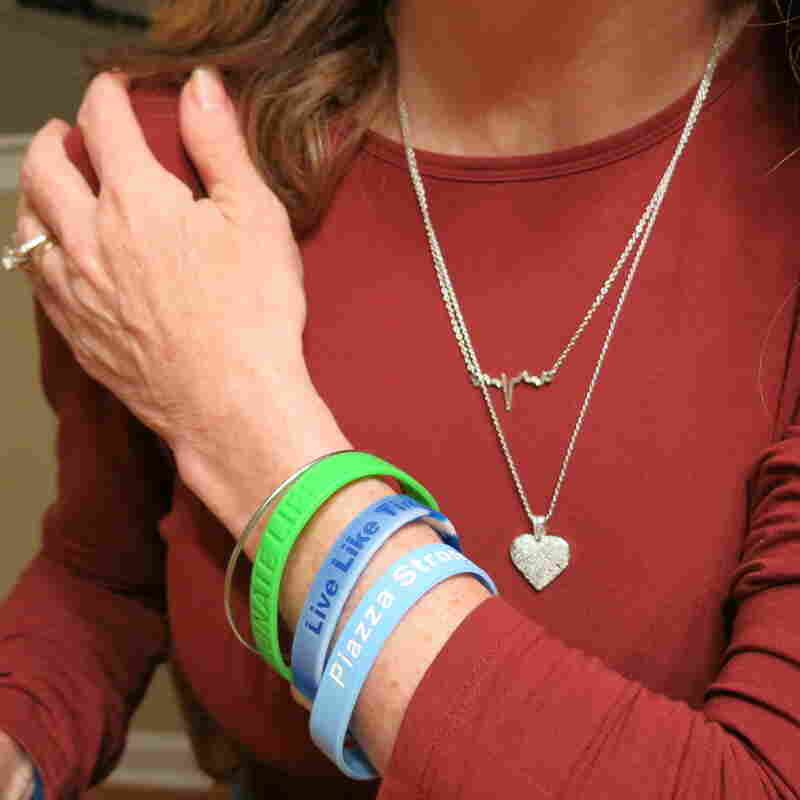 Tim Piazza’s mother Evelyn wears necklaces with his thumbprint and heartbeat. “It’s like holding his hand when I rub my finger across the thumb print. It’s him. I’m wearing him,” she says. Jeff Brady/NPR hide caption

“He had injury to his side that was visible,” says Parks Miller, “And also people at that point, the presentment will tell you, were pointing to his head.”

She says fraternity leaders were aware of Tim Piazza’s injuries but they did little to help him. Court documents show someone put a back pack on Piazza to reduce the risk he’d roll over and choke on his own vomit. The prosecutor says at one person wanted to call 911 but a fraternity brother pushed him against a wall and stopped him.

Parks Miller says by the time Piazza got medical care the next day injuries to his brain stem were irreversible. Because of a spleen injury doctors say large amounts of blood had pooled in Piazza’s abdomen. He was pronounced dead on February 4, 2017.

Attorneys representing the 18 people charged in the case say the counts filed against them are not warranted.

Tim Piazza’s parents Evelyn and Jim Piazza stood next to the prosecutor at that press conference. They’ve read the prosecutor’s presentment from cover to cover but they can’t imagine watching the video.

“It’s bad enough that when I close my eyes, I see him in the hospital,” says Evelyan Piazza. “I don’t know that I want to see his head hitting a floor, a wall, a railing,” she says as her voice breaks up.

Jim Piazza says there is one circumstance that would change his mind about subjecting himself to those images. He’ll watch it with the Penn State Board of Trustees and President Eric Barron.

“So that they can see the horror that my son had to deal with that night,” and, Jim Piazza says, so that they will know that serious changes are needed in how Penn State’s fraternities and sororities are governed.

Penn State already has banned the local chapter of Beta Theta Pi forever. And the school plans to issue report cards on fraternities and sororities so students and parents can learn if there’s been trouble in the past. Penn State President Barron says more change is coming.

Across the country laws and penalties vary says Emily Pualwan of the group HazingPrevention.Org. “The laws are constantly changing and we advise everyone—parents, students and organizations—to know your laws,” says Pualwan. Her group offers an interactive map to help those who want to learn more.

Pualwan says the video evidence has prompted the Piazza case to receive more attention than many other hazing cases. The Piazza family hopes that attention will lead to change.

“Our main goal and most important focus is making sure some kind of positive change is affected to ensure that this type of thing never happens again,” says Tim’s brother Mike Piazza.

The family may end up filing a lawsuit against the university and others. But right now they’re focused on the criminal case.

As the Piazzas wait for the trial they’re adjusting to life without their son and brother. Evelyn Piazza wears a heart-shaped pendant around her neck that has Tim’s thumb print on it.

“It’s like holding his hand when I rub my finger across the thumb print. It’s him. I’m wearing him,” she says.

The family has started a foundation to offer scholarships in Tim’s name. They also want to further one of his passions. If he’d lived long enough to earn an engineering degree, Tim Piazza planned to spend his career making prosthetics for children and veterans.