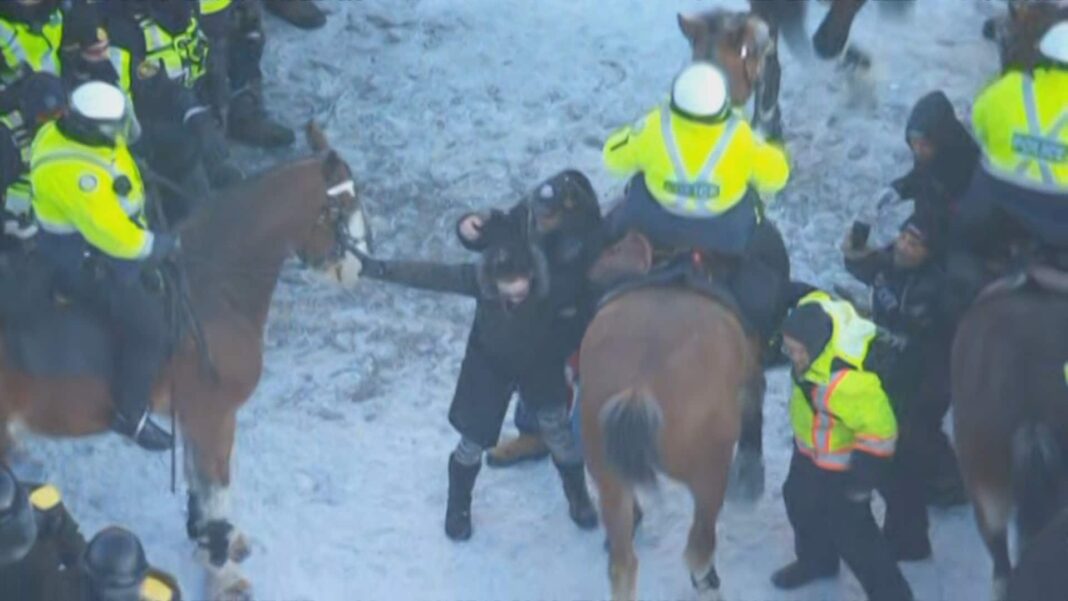 It was one of the most dramatic moments of Friday’s massive police action designed to end the three-week-long demonstration in Ottawa.

Roughly 10 officers on horseback rode down Rideau Street late in the afternoon, leading to two people being knocked over — and a persistent social media rumour that one woman had been trampled.

For more than five hours Friday, hundreds of police officers from across the country — including from the OPP, Sûreté du Quebec, Toronto’s public order unit, and officers from Durham region —  moved intermittently from the eastern edges of the core, pressing protesters out of the ByWard Market, off Sussex Street and north on Colonel By Drive.

By mid-afternoon, a line of armed officers several persons deep stood nose-to-nose with protesters, spanning Rideau Street from the Château Laurier hotel to the Senate Building.

Around 5 p.m. ET, the tension between protesters and police escalated. Police say the officers on horseback rode back and forth across Rideau to create space, allowing other officers to rush up and hold back the line of demonstrators. 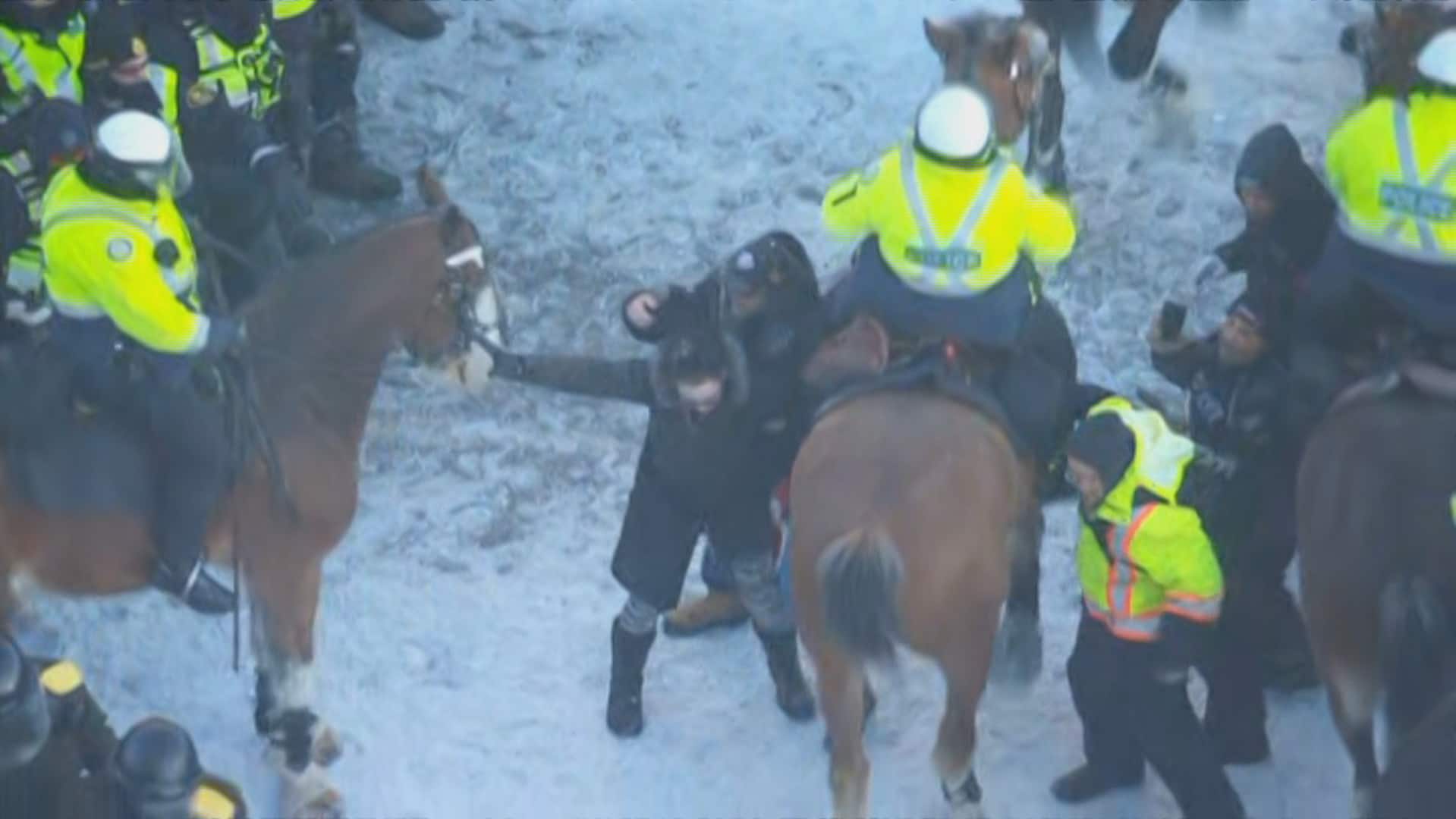 As police continue to dismantle the convoy protest in Ottawa, mounted officers are seen riding through the crowd to push protesters backwards and away from a line of police. 1:28

At least two people were knocked to the ground during the operation.

However, rumours on social media quickly sprang up claiming a woman had been trampled by one of the horses — potentially to death.

In one instance, a Fox News contributor with 1.3 million followers tweeted that she heard a woman may have been “seriously injured or killed.”

She tweeted an apology on Saturday for sharing false information — but her original post had already been amplified widely. CBC has received a number of calls asking about the person allegedly killed by a horse.

We hear your concern for people on the ground after the horses dispersed a crowd. Anyone who fell got up and walked away. We’re unaware of any injuries. A bicycle was thrown at the horse further down the line and caused the horse to trip. The horse was uninjured. <a href=”https://t.co/tgfsl6uxT7″>pic.twitter.com/tgfsl6uxT7</a>

“Almost immediately there [were] tweets, there [were] pictures that had been photoshopped, out on social media that indicated people had died,” said Bell. “That the horses had run over someone with a walker in the crowd.”

He did say that the two people who fell down “immediately got back up and started to engage in their protest and demonstration activity.”

Ottawa police say no one was seriously injured by the use of horses. But there remains some question about whether, as police said Friday, a bicycle was thrown at one of them.

When pressed for details that it was indeed a bicycle — there have been reports that it was perhaps a knocked-over wheelchair — Bell said he would have to check.