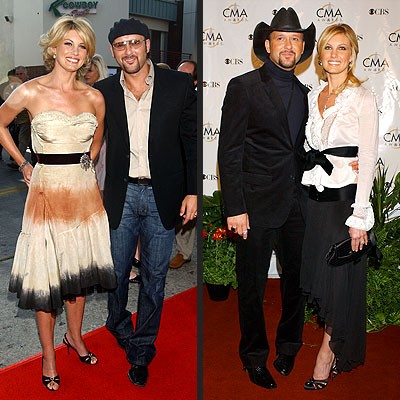 So before these two confess their special red carpet habits, we’re more than happy to do it for them. Whether at the Academy Awards in Hollywood or the CMA Awards in Nashville, these country music superstars have provided several aww-worthy moments.

While the 2017 CMT Awards aren’t until Wednesday night, there is something special brewing between the two online. Oh yes, the official music video for their single “Speak to A Girl” is set to be released Tuesday.

As fans eagerly wait for the finished product, we decided to mark the occasion with a look back at the couple’s sweetest moments on the red carpet.

Whether it’s their poses or jokes they play on one another in between shots, we don’t like what’s going on; we love it!

There is more good news for fans of the couple. This summer, they are hitting the road and traveling across the country in honor of their Soul2Soul tour.

Tour stops have already begun across the country and spoiler alert: Fans are loving the experience.

Until next red carpet you two, keep doing your thing.