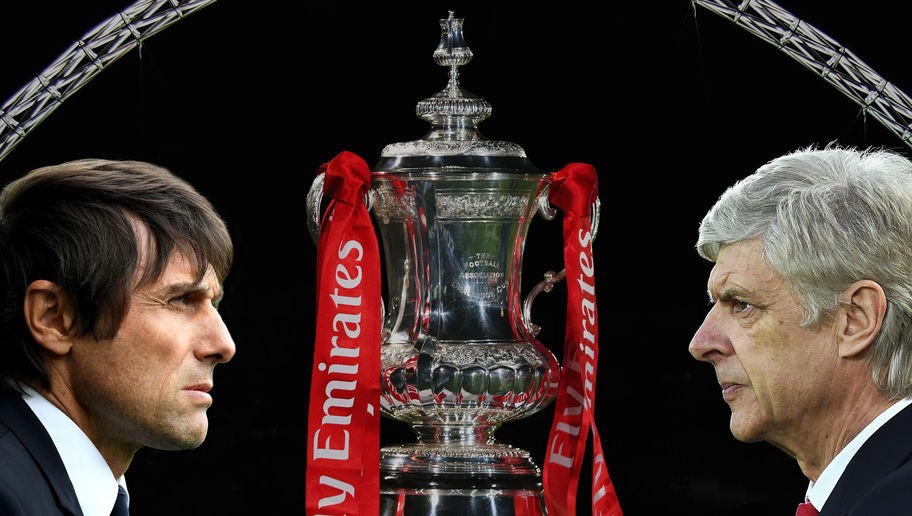 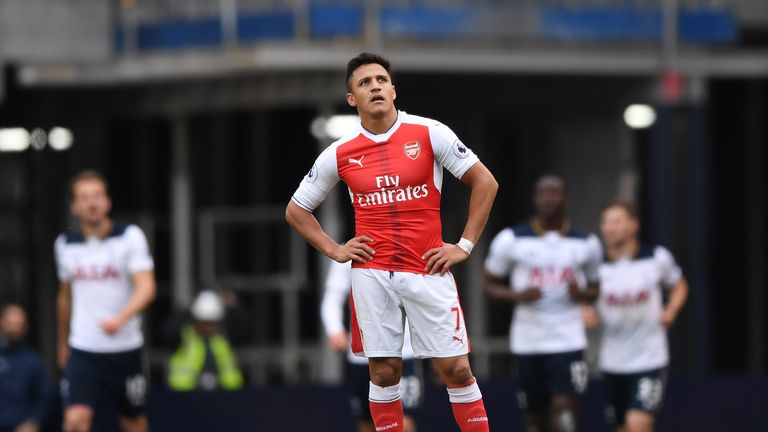 Alexis Sanchez is expected to shake off a thigh injury in time for Arsenal’s FA Cup final showdown with Chelsea at Wembely on Saturday.

Sanchez limped off against Everton last weekend but is likely to be passed fit to hand Arsene Wenger, who could win his third FA Cup in four seasons in what could be his last game in charge of the Gunners, a huge boost for the Wembley showdown.

Arsenal, who will make a record 20th FA Cup final appearance, will be looking to finish the season on a high note after missing out on Champions League qualification for the first time in 20 years.

The Gunners haven’t lost any of their last five FA Cup finals since losing to Liverpool in 2001 and victory would see them claim their 13th FA Cup, moving them one ahead of Manchester United on 12.

Standing in their way though are the Premier League champions Chelsea, who are aiming to complete the league and FA Cup double.

Antonio Conte, who has a fully-fit squad to choose from, could become the fifth Italian manager to win the FA Cup, with three of the previous four achieving this at Chelsea (Vialli 2000, Ancelotti 2010, Mancini 2011 and Di Matteo 2012).

Alex Oxlade-Chamberlain is also in contention for Arsenal after recovering from a hamstring strain.

Laurent Koscielny, however, is suspended and Gabriel will miss out with a knee injury, meaning Per Mertesacker could make his first start in almost 13 months. Late decisions will also be made on Kieran Gibbs, who has a thigh problem, and Shkodran Mustafi, who is struggling with illness. 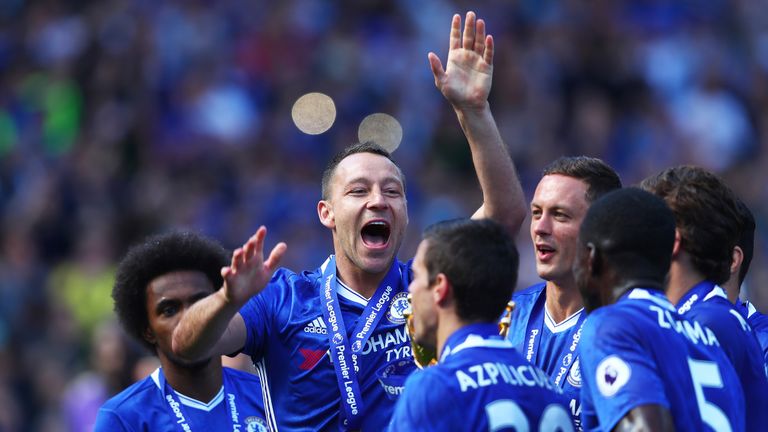 Meanwhile, Conte must decide whether to start Pedro or Willian behind his chosen striker while Cesc Fabregas and Nemanja Matic are battling for a place in central midfield.

John Terry is likely to be named on the substitutes’ bench at Wembley for what will be the 36-year-old’s final match before leaving Chelsea this summer.

This will be the second FA Cup final contested between Arsenal and Chelsea. The Gunners triumphed in the 2002 FA Cup Final in Cardiff 2-0, with goals from Ray Parlour and Freddie Ljungberg.

Wenger could win his third FA Cup in four seasons by beating Chelsea. Should his team lift the trophy, he would be set a record for most FA Cup wins as a manager (7, currently on 6 with George Ramsay).

Conte’s only previous domestic cup final as a manager (excluding Super Cups) came at Juventus, losing 2-0 to Napoli in 2011/12.

The eventual top-flight champions have also gone on to win the FA Cup on 11 of the 18 occasions they’ve played in the final, most recently Chelsea in 2010. The last team to fail to win the double having reached the final was Manchester United in 2007.

This is Arsenal’s 20th FA Cup final appearance, the most in history.

As Chelsea and Arsenal prepare for their FA Cup showdown, we look back to a dramatic encounter when the sides met in the 2007 Carling Cup final

Theo Walcott is the top-scoring player left in the competition with five goals. He scored the opening goal for Arsenal in their 2015 final win over Aston Villa (4-0).

Pedro has scored four times and assisted another two Chelsea goals en route to the FA Cup Final. A Spaniard has scored in the FA Cup final in two of the last three years (Santi Cazorla 2014 and Juan Mata 2016). Pedro is the only Chelsea player to reach double figures for both goals (13) and assists (11) in all competitions this season.

The Gunners have won each of their last six games at Wembley. This is their best run at the ground (new or old).

It’s an important game for both teams. To win the Double is massive. It’s not done that often, so it’s a big game for Chelsea. However, this is Arsenal all over, they have won the FA Cup a few times recently so they can perform in one-off games but in the league it’s 38 games and it’s when they have to park the bus and try to get a 0-0 draw they come up short.

But Arsenal are struggling in defence. If both teams had brought their A game then Chelsea would still have won, but with Laurent Koscielny and Gabriel out, Shkodran Mustafi potentially out and Per Mertesacker playing at the back I would be shocked if Arsenal got a result.

With Arsenal’s defence, I can’t see them coping with Chelsea’s attacking flair. We saw Tottenham play very well in the semi-final and they still let in four goals. Tottenham were the better team on that day and still lost.

Arsenal need to have their best defenders playing to have any chance and they haven’t. I think the missing players will mean Arsenal have to go four at the back. If Mustafi plays, they could play him with Mertesacker and Rob Holding as a three. But if he doesn’t then you only really have Mertesacker and Holding.

If you start playing Nacho Monreal as one of the three then he won’t be able to cope with Diego Costa. They would have to play Mertesacker in the middle because of his lack of pace and then Chelsea would play diagonal balls to Costa who will sit on Monreal and he will win every header and they will go from there. It’s a dangerous one for Arsenal if they play three at the back.

Mertesacker is going to be crucial for Arsenal if he plays; he will have to play very well if Arsenal are to have any chance. If he doesn’t play well then Chelsea are going to cut through Arsenal like a knife through butter. The Arsenal defenders are going to have to have their best games of the season. If they can do that then you never know. 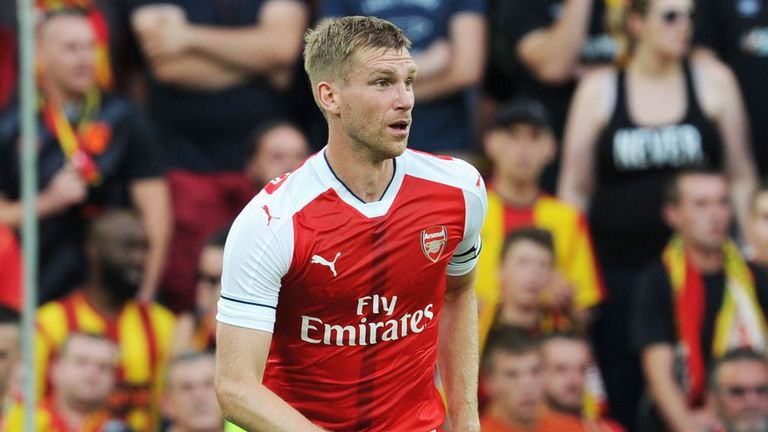 Per Mertesacker could start for Arsenal

I think Chelsea got it right by playing their first-team players against Sunderland on the final day. You want to keep playing and winning games and that was a good game to play in. If Eden Hazard can get on the ball in the open spaces at Wembley then he cause problems.

Arsenal don’t usually play a cancelling out game. They might try that to give themselves a chance, but the way they usually play with you have a shot and we have a shot I don’t think they will cope.