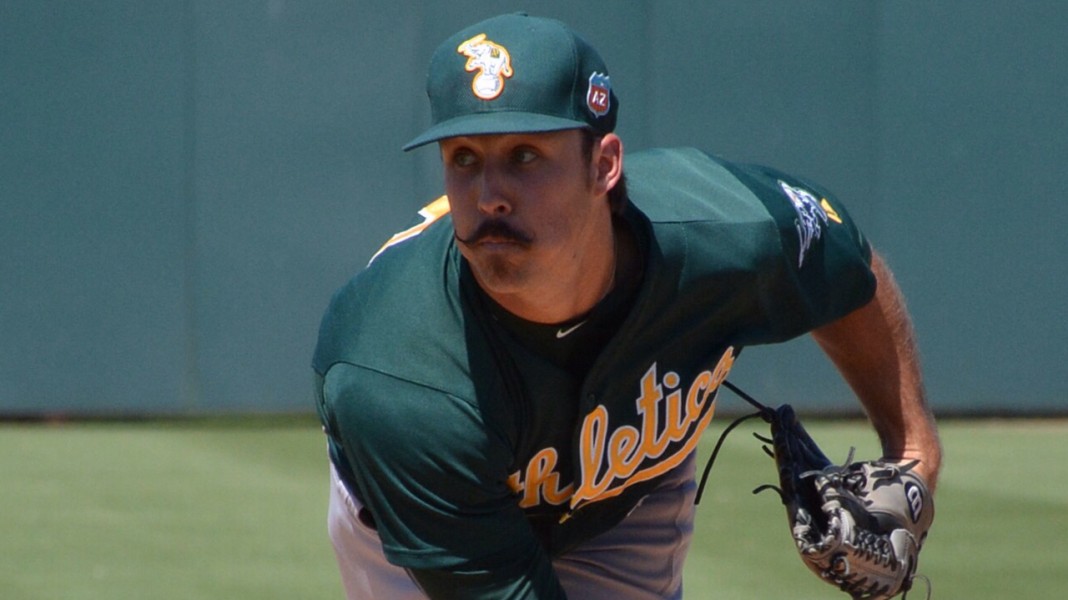 First off, on behalf of all of us on AN I want to apologize for a severe lapse in judgment. Cindi’s “friends with benefits” Kyle was having a tough time, what with his dad leaving and his GPA falling to 1.3 as a high school sophomore. So we thought it might be nice for his confidence to ask him to redesign the layout of this blog.

Trouble is, Kyle played video games until about an hour before the deadline, then proceeded to show why he failed his last two art projects and was recently kicked off of the yearbook layout committee for “lack of attention to detail”. Now we’re stuck with a look that reflects a 15-year old doing his homework at the last moment.

Kyle isn’t entirely stupid, though; he is in fact somewhat “street smart”. He tried to compensate with some clever programming designed to make it harder for adults to log in and complain. Cindi really needs to make better friends.

The more I see of Daniel Mengden the more I see the same thing in a larger sample. It’s not necessarily good. I do think Mengden has good stuff, including a varied arsenal of 5-6 different wrinkles ranging from 71-93 MPH. It’s kind of like watching Vicente Padilla without the insanity and jerkiness.

Trouble is, Mengden truly has little idea where the ball is going. This starts with his fastball command and continues with an assortment of sliders, curves, and changeups that, while tantalizing, sometimes bounce a foot outside. Worse is when Mengden misses in the strike zone, as he did numerous times at Cleveland to predictable results.

Compounding the problem is that Mengden’s delivery, while fun, has so many iterations and moving parts that it is not conducive to consistent command. It’s one of those deals where a funky and varied delivery is great if you can throw the ball where you want to — see Johnny Cueto — but if you can’t then it just becomes another liability in the quest for consistency.

While Mengden’s raw stuff is probably good enough to elevate him to the middle of the rotation, he shares that quality was scores of failed young pitchers who lacked sufficient control or consistency to harness their good arm.

It’s also not clear how easily the A’s excellent staff can coach the lack of ability to throw pitches that hit the mitt where the catcher is set up. Short of retooling an entire windup or delivery, when a pitcher simply can’t throw any of his pitches where he wants to most of the time that’s not one of the more easily coached problems.

What Mengden has going for him is that he’s still young (23), relatively inexperienced, and is known to have a good mental makeup. So there’s no reason to give up on him now. But until further notice, I see a #5 SP who needs to find a way to gain consistency with his control and command before I can envision much more. Hopefully he can find some of that during this upcoming stint in AAA.

Chad Pinder has been a good story for the A’s, launching some prodigious HRs and even making a few nifty plays recently at SS. That all being said, having watched him I have a comp in mind for him as a hitter and chances are AN won’t be overly thrilled. It’s favorite AN whipping boy Trevor Plouffe.

Plouffe brings a couple strengths to the plate and one of them is that he can mash LHPs. Plouffe also has legitimate power and can run into one any time no matter what hand delivers the pitch. Plouffe’s weaknesses are that he is vulnerable to RHP partly because he does not easily lay off the bad slider, and he is not going to give you much batting average. (Ironically, literally as I typed the last sentence Plouffe waved at a slider a foot outside and struck out.)

There are differences between the two: Pinder’s plate discipline is exceptionally poor (ironically, just after I typed the last sentence Pinder hacked at the first pitch and flied to CF), but he is also more athletic to beat out a few infield hits. But both players offer roughly a .250/.300/.400 projection that is bolstered if they platoon and exposed if they don’t.

Where Pinder could make a name for himself is in his defensive versatility. If Plouffe could play 2B, SS, and RF, maybe even CF, he would be a much more valuable player. That being said, the Eyeball Scout stands by the assessment that Pinder’s infield play is illusory — that he can play there, but not well — and that over time his best defensive position may well prove to be RF.

In contrast, Plouffe actually plays 3B reasonably well. But it’s also the only position he can play. So in Pinder you have worse defense but more versatility, in a bat that ultimately shares a lot in common with Plouffe. That’s a useful player to have on your bench, and also not a great one. I think that’s Pinder.

What is Renato Nuñez’ upside as a potential big leaguer? Probably to be inadequate at 3B, passable at 1B, best suited to DH, capable of maintaining a pretty high BA due to hitting the ball hard, hacking his way to a low OBP but high SLG, maybe .270/.310/.500 overall.

That describes Ryon Healy to a tee, so basically if Nuñez reaches his full potential he stands to be another Healy. There isn’t really room for two of those in your lineup, since only one can DH at a time and you need some on base skills. Healy has also proven himself as a big leaguer and the A’s have him under contract through 2022.

Basically the A’s have no use for Nuñez, but he does offer some potential batting upside (a lot of teams would be happy to have Healy), so hopefully he might be appealing to someone in a trade.

Or, if the A’s continue to work hard to put the worst team possible on the field they can pencil Nuñez in to lead off and play CF for the next 6 years. While apparently Jaycob Brugman refines his skills at AAA until he’s 31. Well, I had better stop typing before I start to sound bitter. A’s and Jays starting tomorrow night! Hey, it’s baseball.