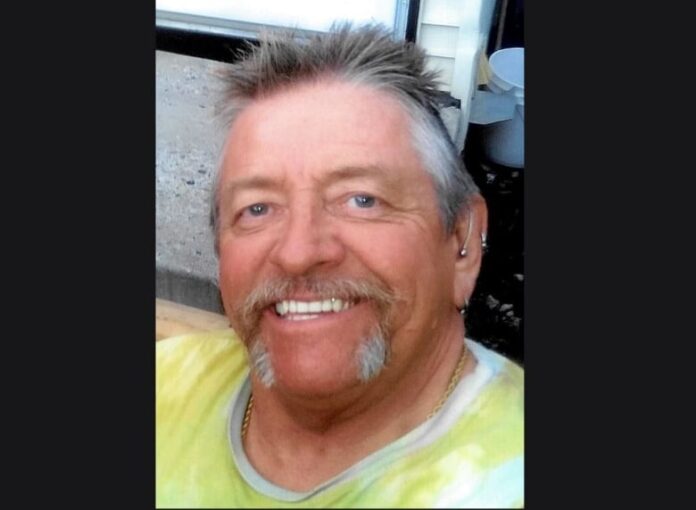 James Hanna was kind to animals and children. He was big on hugs and loved to travel.

His family says he was excited about his future, but that was stolen by a stray bullet fired from an Edmonton police officer’s gun. The 59-year-old was in his basement suite watching television when he was killed in February.

Police have said officers were chasing a robbery suspect on foot when they fired. That man, a 36-year-old with a fake gun, was also killed.

Hanna’s loved ones have said they want answers about how he was killed in his own home and have called for a deeper look at police training, especially when it comes to firearms. Alberta’s police watchdog is investigating the case.

A tally compiled by The Canadian Press has found police shot 87 people in Canada between Jan. 1 and Nov. 30 — 46 shootings were fatal. It was based on available information from police, independent investigative units and reporting from The Canadian Press.

Temitope Oriola, a professor of criminology and associate dean at the University of Alberta, said it’s concerning to see the number of fatal encounters with police grow. Several variables contribute to the increase, he said, including inadequate training, an over-reliance on force and a lack of accountability.

“We have essentially the perfect storm, a breeding ground for these kinds of incidents.”

The resulting snapshot shows annual increases in officers firing their guns every year since 2020, when global movements called for more police accountability and transparency.

There have been at least five shootings this month that were not included in the tally, including that of the man police say shot six condo residents in Vaughan, Ont. and one at a gas station east of Calgary on Christmas morning.

Young men continue to make up the vast majority of people shot by police.

Race was identified in 23 cases. Of those, more than 40 per cent involved Indigenous people, while around a quarter were other people of colour.

The original police calls were mainly for weapon possession, assault or outstanding warrants. In nearly 80 per cent of the shootings, the person had a weapon. In 62 per cent of those cases, it was a firearm.

Many of those shot aren’t hardened and violent criminals, but are people in the throes of a mental health or addictions crisis, said Akwasi Owusu-Bempah, an assistant professor at the University of Toronto who studies policing.

Allan Andkilde was of “unsound mind” and had been contemplating suicide in August when the Windsor, Ont. resident was fatally shot by police, said a report by the Special Investigations Unit, Ontario’s civilian police watchdog.

The 70-year-old called 911 on himself before walking into a street to swing a machete he had just purchased.

Responding officers used a stun gun to try and stop Andkilde and told him to drop his weapon, but he kept moving toward them and was shot.

The police watchdog said earlier this month there were no reasonable grounds to lay criminal charges against the officer in this case.

Waterloo Regional Police Service received a wellness check call in April that led to a 22-year-old man being shot and injured.

A Special Investigations Unit report said officers spoke to the man’s sister, who explained he was experiencing a psychotic episode. She noted her brother was not violent and did not have any weapons.

The officers tried to get the man to go to hospital, but the report said he was in crisis.

At one point, police thought they saw a gun in the man’s pocket. The situation escalated and police fired their weapons, hitting him in the chest and the hand. It turned out to be a fake gun. Ontario’s police watchdog said in a report that there was no basis to lay criminal charges against the officer involved.

Need for a national database

Owusu-Bempah said the public needs a better understanding of how police engage with civilians and use force. That can only be achieved with good data, he said.

“Why do we still not have a national database?” Owusu-Bempah asked.

“These are state agents acting on behalf of the state enforcing state laws. They are empowered by the state to take lives and to use force.”

British Columbia had the most shootings with 23, an increase from 13 in 2021 and five in 2020. The Vancouver Police Department was involved in six of this year’s shootings.

Ontario followed with 22 shootings and Alberta with 15, both of which were slight decreases from the year before.

Manitoba, Nova Scotia, Saskatchewan and Yukon all saw increases in the number of people police shot this year.

Police shootings remain uncommon in Canada compared to other countries, including the United States. But criminology experts say the increasing number is a cause for concern.

Four officers were killed this year while responding to situations that resulted in a police shooting. Const. Shaelyn Yang was killed in B.C., Const. Andrew Hong was killed in Toronto, as well as Const. Morgan Russell and Const. Devon Northrup, who were killed in Innisfil, Ont.

Oriola said in some cases officers must use force.

“I strongly believe that officers have the right to return safely to their families at the end of their shifts,” Oriola said.

“By the same token, civilians have a right to not have excessive force deployed on them.”