EXCLUSIVE: Why Nigeria’s one million HIV/AIDS patients are in danger — Official 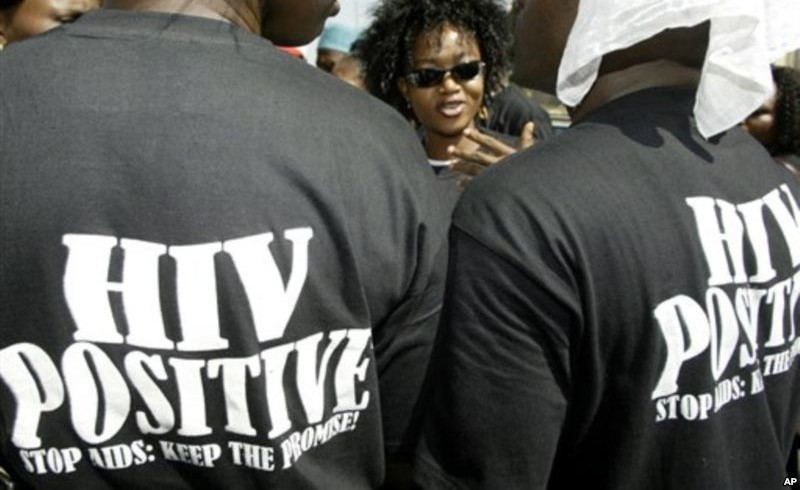 Walter Ugwocha is the Executive Secretary, Civil Society for HIV and AIDS in Nigeria, CISHAN. CISHAN is the umbrella network for all non profits working on HIV/AIDS in Nigeria.

In this interview with Premium Times’ Nike Adebowale, he speaks about why HIV/AIDS patients undergoing treatment in Nigeria are in danger, the country’s health challenge and why Abuja residents are more likely to be infected by HIV/AIDS.

PT: Tell us a bit about your network.

CISHAN’s works cut across advocacy and policy influencing, resource mobilization, monetary and evaluation and holding the government of Nigeria accountable to their promises towards ending AIDS in Nigeria.

PT: What strides have you recorded?

Over the years, CISHAN has made some tremendous progress in terms of holding the national government accountable and ensuring that the budget for HIV/AIDS is increased.

Principally, CISHAN sits at the top of the Global Fund, which means that CISHAN is aware of all Global Funds activities in Nigeria.

At the community level where our strength lies, we lead the frontiers for engaging communities in terms of community demand and creation for services, PMTCT, AMT, HIV/AIDS treatment, care and support and also ensuring that the community systems that we have there are strengthened.

PT: When did CISHAN start operating?

The target is to push it to zero and that is our major aim. We are also engaging the federal government and we are going to be starting any moment from now. We are hoping that after this, we will be getting to about 1.5 or 1.9. We have been involved in the fighting and pushing the government to do the right thing.

PT: How will you rate your campaign on HIV/AIDS in the last five years?

I will rate it at between 80 to 85 percent success because, in the last two years, we have been focused. We used to implement projects, meaning we get a lot of money and give to partners and other community-based organizations but what we have done in the last two years is to stop implementation and really focus on the campaign in itself and also get more money from the state governments.

Donors are going, that is the truth. Though they would not tell you this in camera those that sit on their boards will know better. When we go for those board meetings, we discuss a lot of issues.

Currently, there are about one million people undergoing treatment for HIV/AIDS in Nigeria. We have hit the one million mark and out of those one million people, PEPFAR, the United States government alone has 800,000 it is attending to and that is 80 percent of the response.

Global Fund has 150,000 on treatment and only 50,000 remaining for the government of Nigeria to cater for. If for any reason, PEPFAR decides to pull out, then there will be trouble because PEPFAR supports us with about $500m annually.

The total health ministry budget is even less than this amount, that is the entire health budget cannot even do what PEPFAR is doing. The campaign CISHAN is doing is that we need more money. If the federal government brings the much they can, state governments should put one percent or two percent of their budget into HIV/AIDS.

PT: Has the change of leadership in the US affected your funding from international donors?

The answer is no. The allocation by PEPFAR has not been touched but in the last weeks, the US health department is considering a cut in the HIV/AIDS response. So, we hope that doesn’t happen. We are joining our African colleagues all over the world to say, ‘No you cannot cut our funding from PEPFAR’. The office of the Global AIDS Coordinator, as of the last release, still received the same amount for Nigeria.

PT: What should we expect if the fund is eventually cut off?

If there is a funding cut, we will all be in trouble. I have given you the data to tell you that 800,000 people are under PEPFAR. Even if it is 500,000 that is still half of the people on treatment so you need to substantiate the magnitude of the problem, otherwise we can just tell them to take their money but there will be a problem.

The fact is that the whole of the health budget in Nigeria cannot even cater for those people on HIV/AIDS treatment. In Venezuela now, people are dying of HIV/AIDS because there are no drugs and there are no test kits to test them. And this is because their government came up with a repugnant policy which drove donors away. So, we would not want the situation in Venezuela to happen in Nigeria at all.

PT: How is CISHAN’s relationship with the Federal Government?

In Nigeria, HIV/AIDS is structured using the 3-1 principle. That is what every partner of HIV/AIDS response in Nigeria agreed, in 2005, to use this principle to approach issues.

The 3-1 principle states that we are going to be one coordinating mechanism which is what gave birth to what we have now as NACA. NACA is in charge of coordinating all the responses, then monetary and evaluation frameworks.

So, with that arrangement in the setup of NACA, CISHAN is a member representing all the CSOs in the board of NACA. But unfortunately, the board has not met in the past seven years. In terms of our proactive engagement, we engage with NACA, with the minister’s office directly and we also engage with different state governments.

But our engagement is limited because we are not the government. So, whatever they do, we act as a watchdog to point out what they are doing right or wrong.

Our major focus is based on two things. One is resource mobilization. This is because we cannot predict America, we cannot predict Global Fund. So, we are beginning to say we can end AIDS in Nigeria using local resources which we have in surplus. What we are principally focused on this year is to see a way of establishing the National AIDS Trust Fund, which will be a fund that says you will have a percentage on your tobacco, on your airline to respond to HIV/AIDS. That is our main focus this year.

The other focus which is still on resource mobilization is to visit states and do what we call resource mobilization measures and also speak to the governors. Last week, there was a National Economic Council meeting that was held in the Villa. We had a presentation by the Director-General of NACA which was to ensure that we ask states to increase their resources and allocations for HIV/AIDS.

The second focus for this year is accountability. We are hoping that all the millions of dollars pushed into the country are accounted for. So, we would want to see that everyone doing something is accountable to it. These are the major deliverables we have on our hands, aside from the other community works, PMTCT and others that are ongoing in the country.

PT: It’s obvious you are working towards making Nigeria  AIDS free nation, do you think that can be achieved before 2030?

PT: What are the challenges faced by people living with HIV/AIDS in accessing anti-retroviral drugs?

That is the biggest threat we have to the response in the country. The issue of them having to pay user fees, that is bad. In many health facilities in the country, they are asked to pay from N6,000 to N8,000 for services related to HIV/AIDS. We continue to emphasize that we have gone through the facilities and we have seen that the drugs itself are given free. But for them to get the drugs free, they have to run one test or the other that is for N3,000 and without that test, you cannot access the drugs. That also serves as a limitation and major challenge to HIV patients. This user fee serves as an obstacle to them because most of them cannot afford N3,000 to run the test.

PT: What have you been doing to champion the welfare of people living with HIV/AIDS in the country?

Of course, that is what we set out to do. We have a company that talks about home based care for people living with HIV/AIDS. We have in time past supported support groups of people living with HIV/AIDS, which are part of us. We have supported their nutrition, education, their medical and children enrollment in schools and we have also brought in experts to train them on skill acquisition and have them to do something in their communities that will generate income for them. They also have access to our conference rooms for use during their meetings.

PT: The Director-General of NACA recently said Nigeria has reached its tipping point in the fight against HIV. What do you have to say about that?

Yes, that is true. We have more people on treatment now than we have new infections. What the DG was trying to say, is that right now we are on the verge of saying we have a breakthrough with ending AIDS. He meant that it’s either we put our hands to work and achieve the victory over HIV/AIDS, or fold ours and watch the little achievement collapse.

From our research, findings have shown that Abuja has the highest risk factor when it comes to HIV/AIDS in the Federation. From the research, we found out that those that are not bosses in their place of work, come from either Maraba, Mpape or other areas. And these bosses tend to keep sexual relationships with their secretaries who reside in Kubwa and Maraba, amongst others.

FCT alone has 7.5 percent prevalence in HIV/AIDS and Mpape has more than 25 percent prevalence. That means all of us in FCT are at a very high risk. If an individual is sure of not having unprotected sex, what about blood transfusion? Apart from sex, there are other predisposing factors that could lead someone to contact the disease.