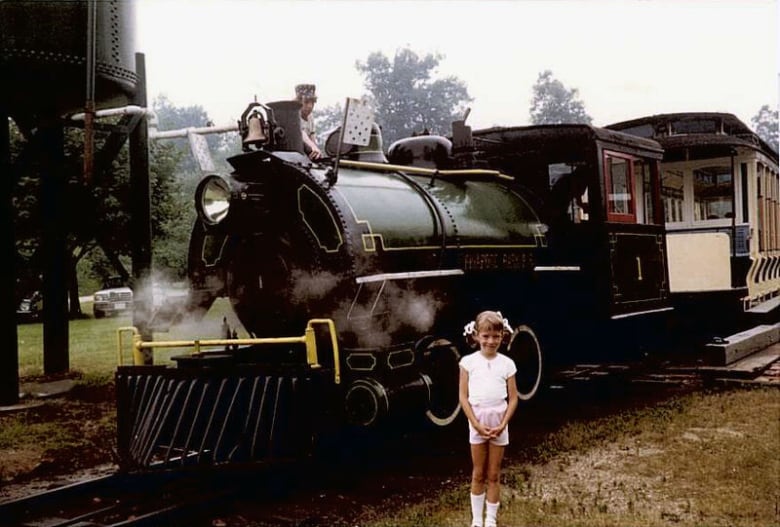 Heather Hoover still has the last photo Christine Jessop gave her in 1984. It’s a school picture of the nine-year-old in a white blouse with a big smile on her face. It hung on a wall in Heather’s home for years, a reminder of the girl she used to babysit, the girl she searched for, and the girl whose death she grieved.

But for the past four months, that photo has unleashed a torrent of new and devastating emotions. In October, Heather learned her ex-husband, Calvin Hoover, is the man police believe abducted, sexually assaulted and killed the little girl.

In an exclusive interview with CBC News, the only time she has spoken publicly about the revelation, Heather said she’s had sleepless nights since that phone call from police. She’s asked herself how the man she was once so close with could have done such a horrific thing and kept it a secret, she said.

Last October, Toronto police announced they had finally solved the 36-year-old cold case that had gripped the nation and initially led to the wrong man, Guy Paul Morin, being convicted for the crime. The break had finally come with the use of genetic genealogy that linked Calvin Hoover’s DNA to the crime scene. Hoover died in 2015.

As difficult as the news was to believe, Heather said she kept coming back to one thing — the DNA. “That type of DNA don’t lie. There’s only one way it got there, and that just don’t lie.”

Calvin and Heather met in 1977, when she was 20 years old. She had two sons from a previous relationship, whom Calvin later adopted, and the couple had two more sons together.

In 1984, the Hoovers were living in north Scarborough, now part of Toronto’s east end, and both working at Eastern Independent Telecom, where they met Christine’s father, Bob Jessop. Heather was a dispatcher, Calvin was a cable installer and Bob was the “lead hand” of cable installers, according to Heather.

The Hoovers and Jessops started spending time together, and Heather said she and Bob’s wife, Janet, “hit it off.” Heather recalled her two older sons, 10 and 7, would play with Christine. “They got along very well … and she loved my younger one,” she said of her third son, who was a toddler at the time.

Christine had visited the Hoovers’ home in the days before she went missing. Heather remembered getting home from work on Oct. 3 and learning the young girl had disappeared. “I dropped everything and went right to Queensville,” she said, referring to the small town north of Toronto where the Jessops lived.

‘I thought they were doing everything they possibly could’

“I thought they were doing everything they possibly could, and I’m sure Janet did, too,” she said.

Police have since confirmed Calvin Hoover was never questioned. The oversight has never been explained.

“Little did we know, he was right under our thumbs,” said Heather. 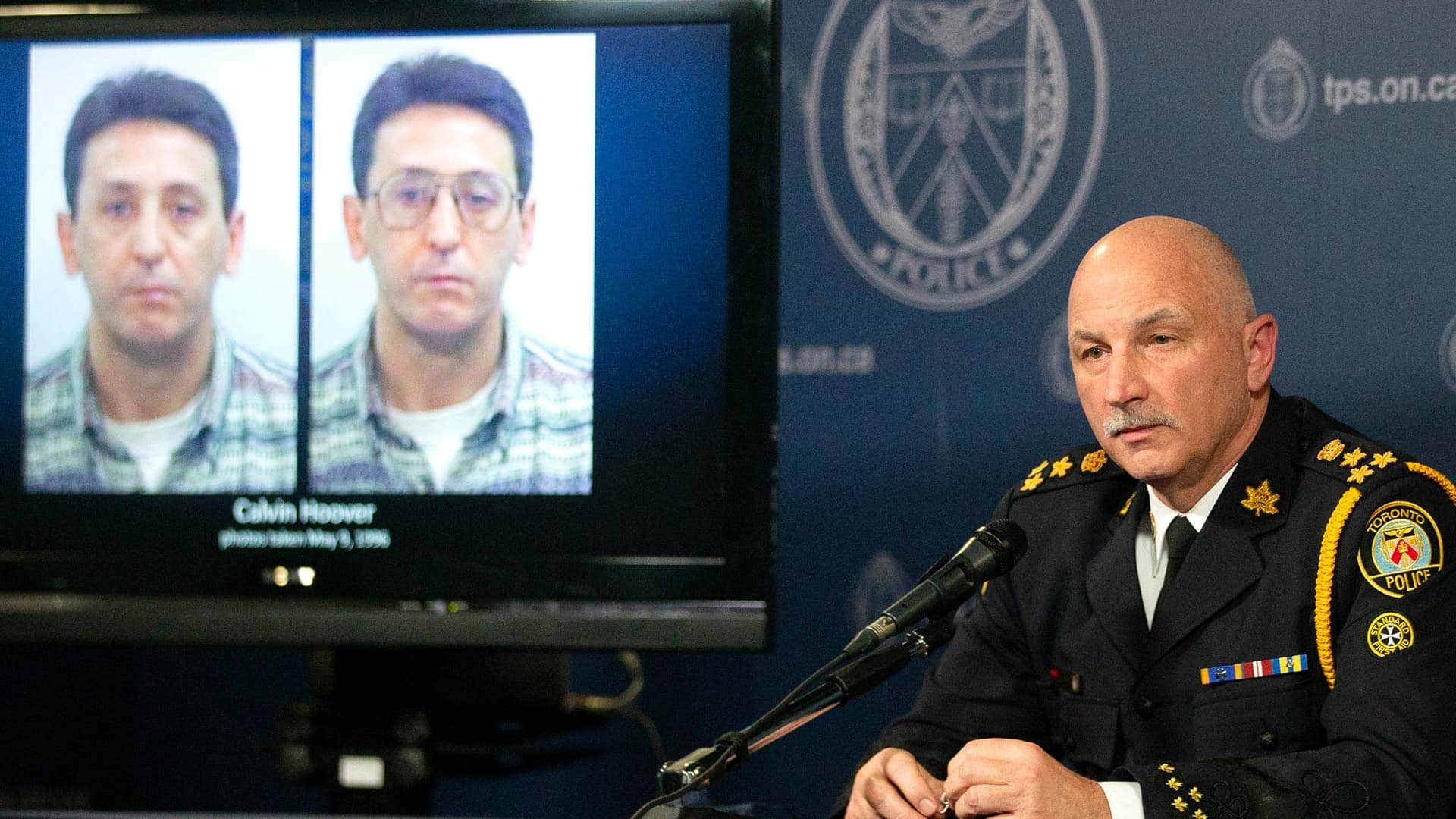 In 1984, Calvin Hoover was a friend of Christine Jessop’s family and helped search for the nine-year-old girl when she disappeared. Now police say new DNA evidence proves he’s responsible for her murder. 2:03

Heather said she believed her husband was at work the afternoon Christine went missing. Now, 37 years later, she wonders why the police didn’t probe further.

“Did they not check his alibi? Obviously not,” she said.

According to Toronto police, who took over the case in 1995, Calvin Hoover’s name came up in passing a couple of times in the cold case files, listed as a family friend of the Jessops’ and as Heather’s husband. It doesn’t appear he was ever a suspect.

“I’ve thought many times things could be so different. If I had known way back then … if the cops had done their job a little better,” said Heather.

Christine Jessop’s body was found in a field in Sunderland, Ont., approximately 100 kilometres northeast of Toronto, on New Year’s Eve, three months after she disappeared. Police have since learned that Calvin Hoover had an old school friend who lived in Sunderland.

“We know that Calvin used to visit him at least semi-regularly to do some outdoor activities up there. They’d go back in the bush together,” said Det. Sgt. Steve Smith, the lead investigator on the case. “We believe that’s how [Hoover] was familiar with where Christine’s body was left.”

Smith said police have no reason to believe the friend, who has since died, was connected to Christine’s murder in any way.

As the years passed, Heather said she tried to keep Christine’s memory alive and would regularly visit her gravesite, all while her husband consoled her.

“He watched me go to her gravesite for 10 years. It’s mind-boggling. I didn’t know this man.”

Heather said their marriage became difficult, and they separated in late 1993. She described him as a man who became moody and grumpy.

“Those last two, three years were hell for me and the kids,” she said. “He was never the father he should have been.”

A profile of Calvin Hoover emerges

Since identifying Calvin Hoover as the killer, Smith and Toronto police’s cold case unit have been painstakingly putting together a timeline of his life.

Investigators have spoken with almost 100 people who’ve come forward with information about him. What’s emerged is a profile of a man who had difficult relationships with his close family members, but generally treated his friends and colleagues well.

“It seems like he had addiction problems, probably both alcohol as well as drugs at certain times in his life,” said Smith.

He was diagnosed with bipolar disorder in 2010 or 2011, according to Heather, who couldn’t recall the exact date.

Smith said in the mid to late 1990s, there was a change in Calvin Hoover. “The addiction really kicked in and probably a bit of depression. Maybe there was some guilt for what he had done. We don’t really know the answer to that.”

CBC News has learned that he moved around the Greater Toronto and Hamilton Area, living in various houses and townhomes in Oshawa, Pickering, Ajax, North York and Waterdown. In 1991, he filed for bankruptcy, and in 1996, he pleaded guilty to impaired driving.

A former friend and colleague described him to CBC News as a nervous and anxious man who couldn’t hold his liquor very well. CBC News has agreed not to publish the former friend’s name because they did not want to be associated with a man now believed to be Christine Jessop’s killer.

One night, while drinking with some friends at their home east of Toronto in the mid-1990s, Hoover pulled out a pocket knife and began carving into the kitchen table, the former friend said.

No connection to any other crimes to date

Hoover worked as a cable installer and technician for a number of telecommunication companies, a job that required him to travel across the province and internationally for training courses in Dallas, Washington and Chicago. Police confirm they’ve learned of a number of international locations he travelled to in his life, and are looking into any crimes in those areas that match up with his visits.

Smith said to date, police have not connected him to any other crimes. His DNA has been run through databases in Canada, the United States and the United Kingdom, but there have been no matches to any DNA on file.

In 2015, Hoover took his own life in Port Hope, Ont. Following an autopsy, a sample of his blood was on file at the Centre of Forensic Sciences laboratory in Toronto, which is what detectives used to conclusively match his DNA to the Jessop crime scene.

Six months after zeroing in on him, Toronto police say they have no plans to wrap up their investigation. Despite identifying Christine Jessop’s killer, more questions remain for police — whether anyone else knew, and whether he’s connected to any more crimes.

“If that one person is out there and it takes them a year or two years to get up the courage to call us and tell us what they know, we want to be available for that,” said Smith.

“I don’t know if it will ever really be closed.”

For the Hoover family, there may also never be closure. Heather is now retired, living with one of her sons and trying to focus on her children.

“They’re all trying to deal with it,” she said. “Because they have a lot longer to have to deal with this than I will. It’s going to be hard for them and the grandkids.”

“It’s just too bad his punishment wasn’t worse,” she said of her ex-husband. “He could have been caught a long time ago. A long time ago.”