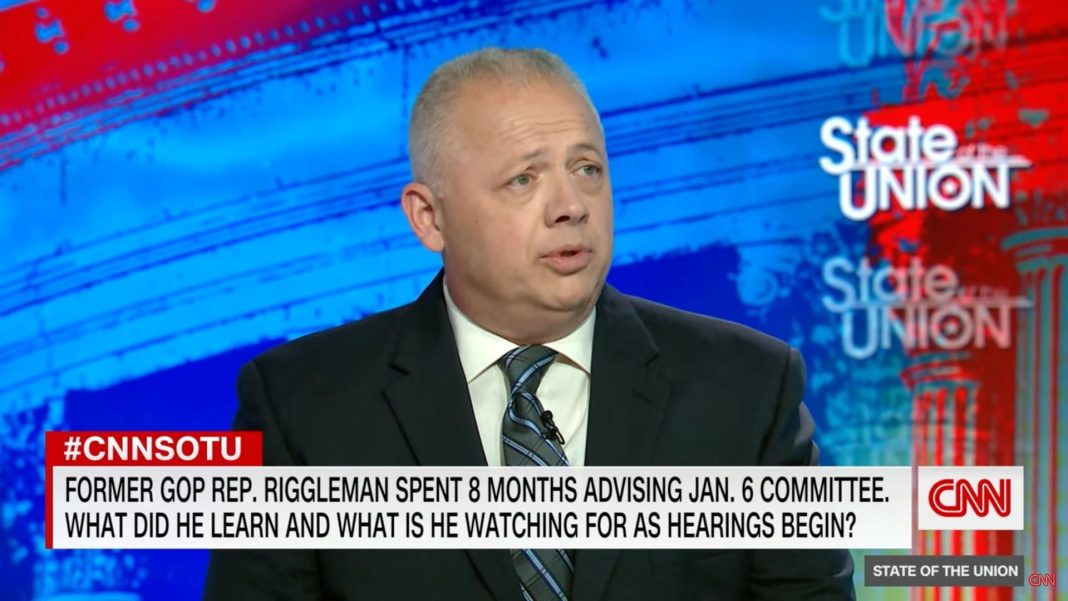 Former Rep. Denver Riggleman (R-Va.) says he’s quit the party because the GOP has veered away from conservative principles and toward conspiracy theories and a cult of personality devoted to former President Donald Trump.

“I think the party left me some time ago,” he told CNN’s Jake Tapper on Sunday, adding that he quit due to the “belief systems” now embraced by the GOP.

“It’s absolutely insane what people have sort of put their arms around. If you look at ‘Stop the Steal,’ if you look at, you know, some of the COVID issues with the vaccination conspiracy theories, when you look at all the things in total, the fact is that a lot of that has been pushed by people around [Trump],” Riggleman said.

He also called the Jan. 6 assault on the U.S. Capitol by Trump supporters attempting to stop the certification of the election an “attempted coup” and said this week’s hearings will be revelatory for many Americans:

Months later, Good was among the Republicans who objected to President Joe Biden’s victory over Trump.