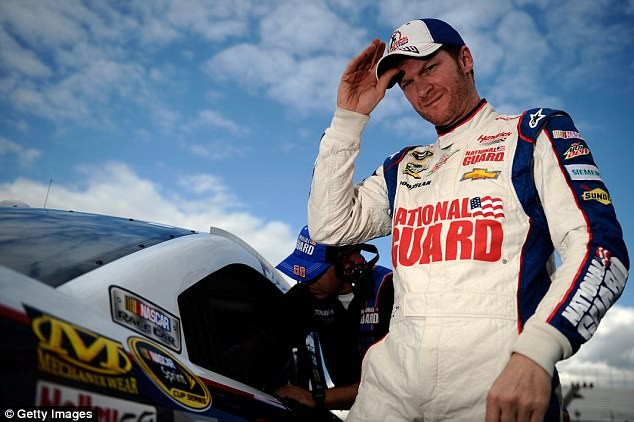 LOS ANGELES — Timothy Bradley Jr., who worked his way from fighting on small club shows in Southern California to becoming one of the best pound-for-pound fighters in the world during a 12-year career, announced his retirement Saturday night.

Bradley, who mingled with reporters who had covered him for years before and after calling the Vasyl Lomachenko card on ESPN at the Microsoft Theater on Saturday night, seemed at ease with his decision.

“I had a helluva run. It was a good career,” Bradley said. “I’m just not motivated to do this anymore. I’ve saved my money. I’m good.”

Bradley (33-2-1, 13 KOs), who turns 34 on Aug. 29, won world titles at junior welterweight and welterweight — five belts in all — made millions and lost only to Manny Pacquiao in their second and third fights. The third fight, in April, was Bradley’s final bout.

Bradley’s split-decision win over Pacquiao to claim a welterweight world title in their first fight in 2012 will go down as one of the most controversial decisions in boxing history, as virtually everybody had Pacquiao winning easily except for two judges.

But Bradley’s career will be remembered for far more than that controversial win. In the fight after that decision, Bradley, stung by the intense criticism of his getting the nod against Pacquiao, set out to prove something to fans by throwing caution to the wind and engaging Russian brawler Ruslan Provodnikov in an unforgettable and extremely violent battle in March 2013.

Bradley, of Palm Springs, California, won a decision and retained his welterweight title in what was the consensus fight of the year. Bradley spoke openly about the lingering issues from a concussion he had in that fight but came back strong in his next bout to record perhaps his biggest clear-cut victory when he won a noncontroversial split decision over probable future Hall of Famer Juan Manuel Marquez — who announced his retirement Friday — to retain his welterweight title.

Then Bradley lost a lopsided decision and his welterweight title to Pacquiao in their 2014 rematch. Bradley would fight four more times, going 2-1-1, with wins over Jessie Vargas and Brandon Rios, a split draw with Diego Chaves in a fight most thought Bradley won and the third fight with Pacquiao.

“There always comes a point in life where we have to make choices that, no matter how much we know the right option, it still leaves us filled with mixed emotions,” Bradley said. “I have spent the past couple days trying to find the right words to describe this point in my life, and no matter how long I sit and reflect, I still don’t know if these words can do my thoughts justice, but I’m going to do my best to open up my heart and share with all of you during this pivotal time.

“It is no secret that a life of any professional athlete is not an easy one. Yes, it comes with a lot of fame and fortune but also comes with fear and fatigue. A balance that has to be achieved by ambition and maintained through perspective. For over 23 years, boxing gave me purpose and it defined me. [I was] dedicated to my craft and fueled by my passion for the sport, my love for my team and my admiration for all of you who supported me day in and day out. I was able to give 100 percent of myself to be the best and to always get up when I was knocked down.”

Although he was stripped of one of his belts soon after for political reasons, Bradley continued to rack up quality victories. He easily outpointed then-undefeated and future world champion Lamont Peterson and reclaimed the belt that had been stripped of him with a 10th-round technical decision over Devon Alexander in a title unification bout in 2011.

Bradley made one more defense, stopping aging former lightweight champion Joel Casamayor in the eighth round to set the stage for his first showdown with Pacquiao.

Of his possible Hall of Fame career, Bradley said, “It was the biggest challenge in my life, but I embraced the sacrifice with every victory and milestone reached. Boxing gave me roots, it kept me off the streets, it gave me confidence, it taught me how to be a man and face every challenge head on and take the good with the bad. Yes, I missed holidays, birthdays, even missed hearing some of my children’s first words, but more than time, it took my blood, sweat and tears — all things I can never get back, which is why turning the page for me is bittersweet.”

Bradley had been planning to return to the ring in November, possibly against up-and-comer Jose Ramirez, but he could not find the motivation to go into serious training. He watched Pacquiao lose a controversial decision to Jeff Horn from ringside as an analyst for the ESPN telecast last month, and even though he said he thought Pacquiao won, he saw that Pacquiao was no longer the great fighter he had been for so long. Bradley said he did not want to wind up like that and elected to walk away on his own terms.

“That once-in-a-lifetime purpose to wake up everyday and give 100 percent is now fueled toward something else, my family,” Bradley said. “I find my strength in them, my peace and, most importantly, unconditional love. I wake up wanting to spend all my time being a father, being a husband and being free. Although that square circle I lived to dance in every day gave me so many smiles and blessings, it could never outweigh the smiles and blessings I receive from my wife and children. It’s now my turn to support them and encourage them to live their dreams, and I couldn’t be more excited for this next chapter. I hope to continue to allow boxing in my world through teaching, commentating and being a fan of a sport I love so dearly.”

Bradley won fans over as his career advanced, many from the epic fight with Provodnikov. He took time out to thank boxing fans.

“And to you, the diehard fans, man, it’s been one heck of a ride,” he said. “The bumps, the bruises, the peaks, the valleys, the days I didn’t want to get out of bed and the nights I couldn’t sleep. So many occasions where my heart, mind and soul were tested, but with every challenge there was hope and there was all of you, giving me the courage to fight another day and do what I loved to do.

“I can never find the words to convey how much I appreciate all of you and how truly humbled I am by the unconditional support the past 23 years. Thank you. Thank you for cheering me on when I didn’t deserve it, loving me most when I needed it and for being my heartbeat to keep going day after day. I am the man I am today because of you all.”