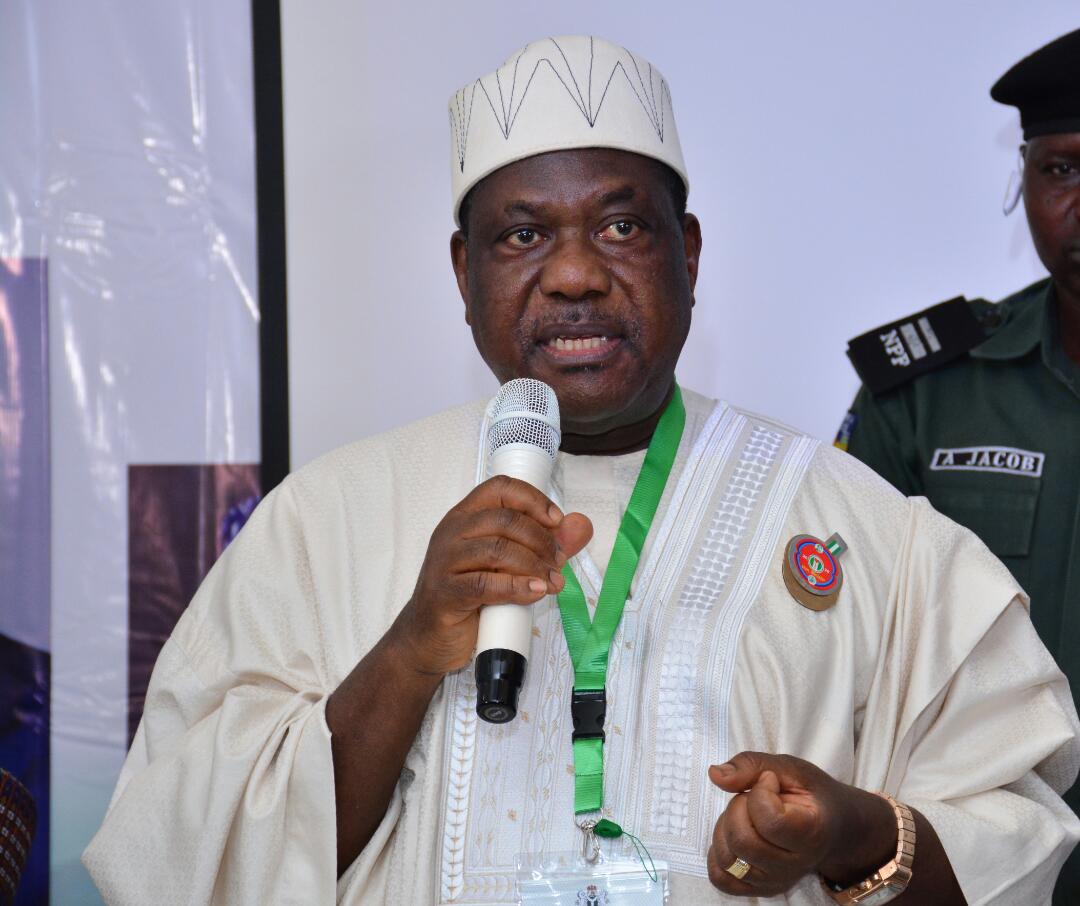 Tiv youths, under the aegis of Tiv Youth Organization, TYO Worldwide, have accused former Benue State Governor and the current Minister of Special Duties and Inter-governmental Affairs, Senator George Akume, of backing Fulani herders in the state for selfish interests at the detriment of his people.

communities in Benue State had suffered several attacks by the Fulani herdsmen, leading to thousands of deaths while over one million citizens were displaced.

The governor of the state, Samuel Ortom, on March 21 narrowly escaped an assassination attempt by the suspected herdsmen, who ambushed him on his farm in Tyomu community, less than 20 kilometers from Makurdi, the state capital.

According to Ortom, a group identified as the Fulani Nationality Movement (FUNAM) had claimed responsibility for the attack on him and different communities in the state, saying its “unequivocal” aim was to kill him.

“Yes. Yes, we did. The Fulani Nationality Movement (FUNAM) carried out the attack. We have genuine reasons. We acted on behalf of Millions of Fulani people in 15 countries,” the group said in a statement signed by one Umar Amir Shehu.

But Senator Akume had allegedly claimed that the attacks and killings in Benue were carried out by people of the state, saying Tiv people are killing themselves.

In a statement issued on Wednesday by its President General, Timothy Hembaor, TYO slammed the former lawmaker for ignoring his electorate due to political differences between him and the incumbent governor.

The statement reads: “Today, under Governor Samuel Ortom, if we are not already at the abyss of shame, we are at the precipice of it. Presently, every problem in Benue is just a consequence of the war for factional supremacy. Party cleavages have been dissolved. All politicians in Benue, from top to bottom, are either in Akume or Ortom factions. And from the biggest down to the smallest political followers in the state, smear and calumny is the order of the day.

“Against this background, the excellence of Samuel Ortom in ensuring development and particularly the safety of lives and property in the state must be discredited. Because of factional supremacy, a mounted structure sponsored and supervised by the Akume led APC in the state to ensure that nobody realizes that in the more than five (5) years, Ortom has put in so much to rescue Benue from annexation and occupation by Fulani. Just because of ensuring factional supremacy, Sen. George Akume will come down from his upper chair to the international podium and tell the world that Tiv people are killing themselves and not Fulani. Just because of factional supremacy, Sen. George Akume will gladly tell the Inspector General of Police that Governor Ortom is empowering Tiv to defend themselves.

“Fulani are killing defenseless Tiv people every day in cold blood in their numbers without help from the Presidency. Despite all these, Sen. George Akume sees nothing good except allegations of corruption in the Ortom administration because Buhari is his political leader and mentor.

“Asiwaju Ahmed Bola Tinubu is the national leader of the All Progressives Congress, APC, and is currently harboring a presidential ambition on the platform of the party, yet he went to the defense of his Yoruba people when they came under threat by Fulani herdsmen.

“Tinubu issued an undiluted statement in condemnation of Fulani’s action and the inaction of the Presidency. About 90% of South West governors are from All Progressives Congress APC, but they have banned open grazing in their respective states. Yet, the Yoruba have hugely benefited from the APC government with the vice president, ministers, HoR Speaker, and countless federal appointments back their governors. Last week, Governor Akeredolu, the Chairman of South West Governors’ Forum, informed the Presidency via the AG that they were ready to enforce their ban with vigor. Akeredolu is a sitting Governor under APC.

“We must rethink our positions. The leadership, the followership, and everybody must rethink and love Benue more.

“Presently, we are conducting ourselves like tired and extremely exhausted soldiers on parade, who concentrate all their efforts on the step they are taking, without thinking about the one that is to follow, talk less of the one thereafter. We must realize that, beneath this calyx of intellectual laziness, political carelessness, and factional hate lies a deep-seated condemnation to perpetual underdevelopment.

“The struggle to save Benue and preserve the state for future generations is a task that must not be taken as only Gov Ortom’s responsibility. The Governor is doing his best, and he needs all Benue sons to join hands with him. When Fulani killers come, they don’t attack the basis of political affiliation. The sword or gun of the enemy does not know APC or PDP.

“The Honourable Minister of Special Duties and Inter-governmental Affairs is one of the few sons of Benue who have been shown immense love by the Benue people. He has been voted into office more times than any other Tiv son, living or dead. It is said that he has chosen to reward the state with hatred! If Benue falls to the sword of the enemy tomorrow (God forbid), where will Sen. Akume call his home again? Being politically correct when your people face the biggest threat to their existence is the worst example from a man who should be a role model to the younger generation.

“If all this is politics, it is certainly not the essence and purpose of politicking. Sen. George Akume must lead by example as a former Governor of our state. Time to stop the politics of bitterness is now!”.