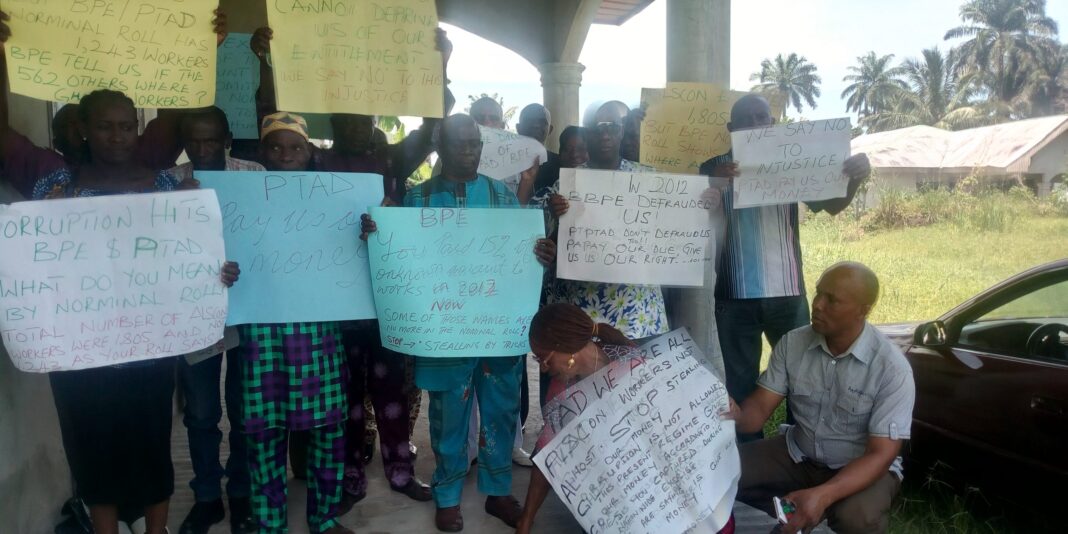 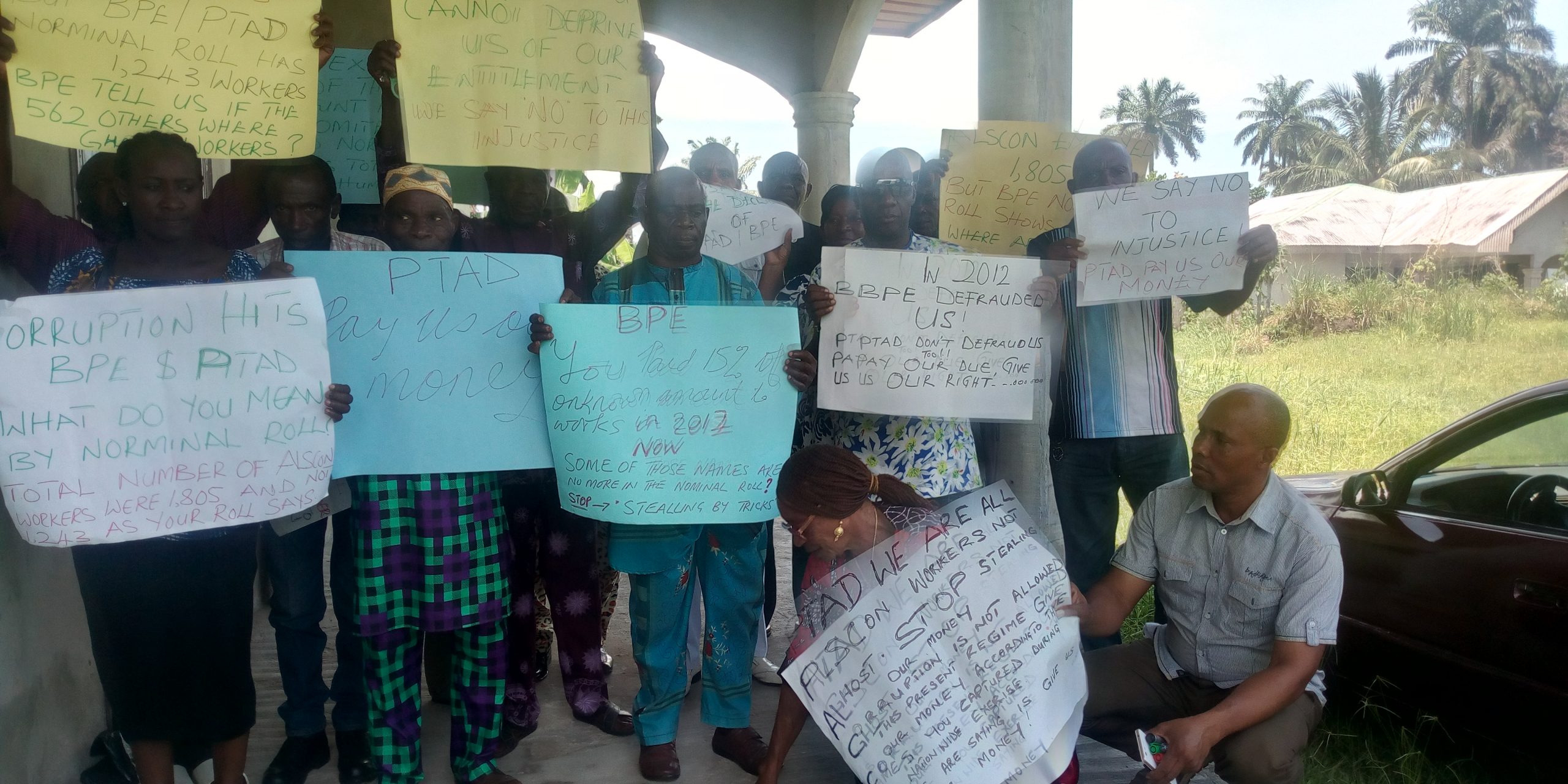 Former workers of the moribund Aluminum Smelter Company of Nigeria(ALSCON) in Ikot Abasi, Akwa Ibom State, in the early hours of Wednesday, embarked on a peaceful protest over the non-payment of their severance entitlements.

They blamed the Bureau for Public Enterprises (BPE) and the Pension Transitional Arrangement Directorate (PTAD) for their predicament and threatened a lawsuit against the federal agencies.

Some of the placards displayed by the protesters read thus, ”BPE/PTAD You cannot deprive us of our entitlements. We say No to injustice”, “Corruption hits BPE/PTAD. What do you mean by the nominal roll? ” a Total number of ALSCON workers was 1,805 and NOT 1,243 as your nominal roll says”.

Others read, ”562 ex-workers of defunct ALSCON workers omitted in PTAD nominal roll. This is a total injustice to humanity”, ”In 2012 BPE defrauded us, PTAD didn’t defraud us too. Pay us our due, our right”.

They said that ALSCON had a total number of 1,805 workers but were shocked that PTAD omitted the names of 562 of them from the company’s nominal roll.

The convener of the protest, Mr. Hope Ufot Wilfred, giving insight into the issue, said, ”Most of us were employed at various times, and we had 1,805 workers who worked with ALSCON. The problem is that over time we have been deprived of our entitlements.

”The federal government, in a bid to resolve the grievances, decided to capture the complete number of staff who worked with ALSCON.

”A verification exercise was conducted in late 2019, and we all participated. We brought all necessary documents, including letters of appointment, disengagement letter, promotion letters, confirmation letters, payslips, and other documents to attest that you were a company staff.

”We were given a printout and verified as workers of ALSCON, but when the money was paid, 562 of us were omitted from the payroll. This is a total injustice. We need our money, and they must pay us our money.

”I think an omission is a deliberate act because PTAD captured the total number of workers who had worked with ALSCON, but for them to come and tell us that our names were not in the nominal roll presented to them by BPE sounds suspicious. The question is, why did they conduct the verification?”

Mrs. Rosemary Ayaraekpe, a former staff of ALSCON, lamented that five of her colleagues had lost their lives over the years because they couldn’t afford to pay their medical bills.

She added that they worked under very hazardous conditions, especially in the pot room, where young men were rendered impotent because of intense heat.

Ayaraekpe further said she could not pay her children’s school fees and meet other basic needs following the refusal of BPE and PTAD to pay her entitlements.

When contacted, ALSCON’s representative of the Steel and Engineering Workers Union of Nigeria(SEWUN), Mr. Emem Valentine, said the union is working with the relevant agencies of government to resolve the issues.

He gave the assurance that those affected would be paid their due benefits.