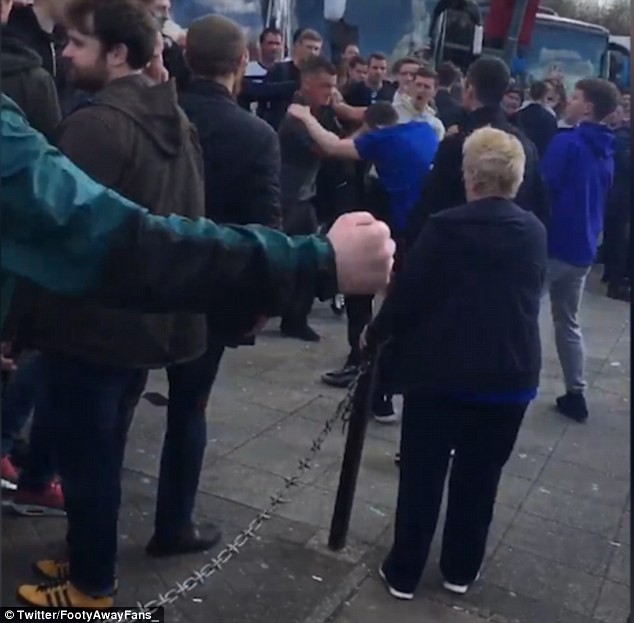 Everton’s Europa League play-off match against Hajduk Split was stopped for several minutes after trouble broke out in the away end at Goodison Park.

Play was suspended in the 33rd minute after supporters surged towards the pitch and objects were thrown.

The teams were made to wait on the side of the pitch before the police and stewards restored order.

Visiting players appealed for calm and the match resumed after a break of almost five minutes.

Everton had opened the scoring moments before the trouble broke out through Michael Keane’s header.

The Toffees added a second goal through Idrissa Gueye shortly after the game restarted as the Croatian side trailed 2-0 at half-time.