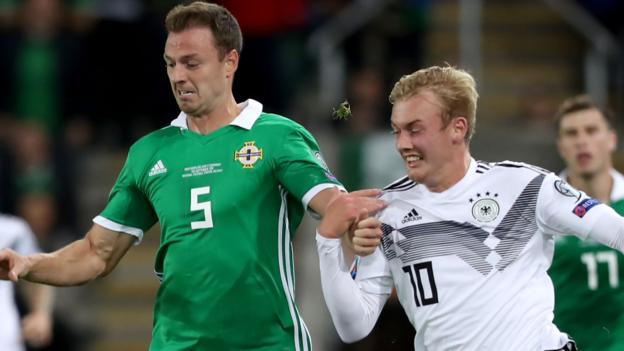 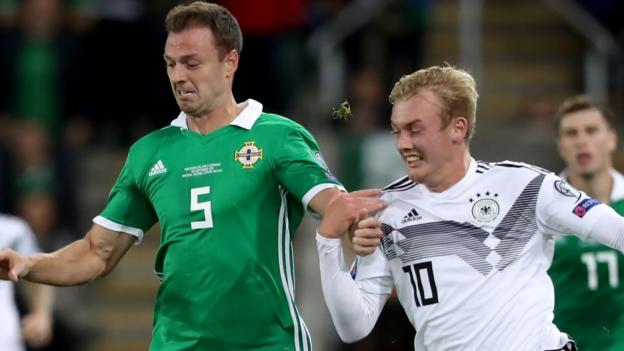 Northern Ireland boss Michael O’Neill has warned that his side’s lack of Premier League experience is unlikely to improve in the near future.

Ten of the Germans’ starting 11 are playing in the Champions League while only three of O’Neill’s men have played in England’s top flight this season.

“Any international manager wants their players playing at the top level,” O’Neill said.

“That’s more difficult for the smaller nations – Scotland, Wales, ourselves – but that’s a consequence of the Premier League and I don’t see that changing.

“It’s great that we’ve got Jamal in the Premier League with Jonny and Craig, but I think that’s something we’re continually going to be fighting against.

“Realistically, it’s hard to see how players can get to that level and get above the Championship.

“That’s fine when you’re playing in the middle tier of European football and we are in that middle tier, but when you come up against the big countries it’s a different level.

“That’s mostly in the final third. Our three Premier League players play in the back four and that’s the challenge we face.”

Northern Ireland goalkeeper Bailey Peacock-Farrell is the fourth member of O’Neill’s squad who is with a Premier League club, but he has yet to play for Burnley since joining them from Leeds in the summer.

Despite his lack of game time this season, the 22-year-old made a number of impressive saves against Germany at Belfast’s Windsor Park and earned strong praise from his international boss.

“He played very well,” O’Neill added. “He’s a young goalkeeper with not a lot of experience either at international level or in first-team football.

“He’s not had any first-team minutes for six months so I was pleased with him.

“He knows himself his kicking could have been better but it was a big night with some big saves at an important part of the game.