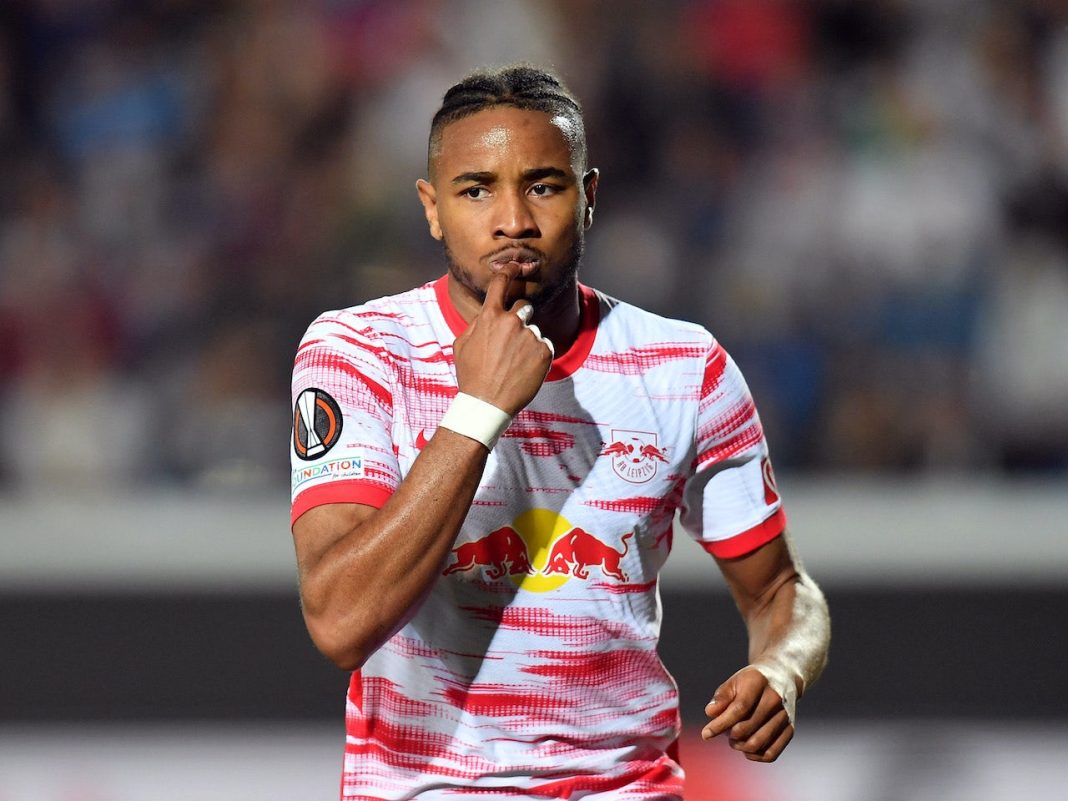 RB Leipzig’s Christopher Nkunku has admitted that he is flattered by speculation linking him with a summer move to Chelsea and Manchester United.

Nkunku, who has relaunched his career in the Bundesliga, having been deemed surplus to requirements by Paris Saint-Germain, has been heavily linked with a move to the Premier League giants.

The 24-year-old scored an astonishing 35 goals in all competitions for Leipzig last season and has broken into Didier Deschamps’ France squad ahead of the 2022 FIFA World Cup in Qatar.

Also read: ”I just could not let this wonderful woman leave my life”- actor Yul Edochie speaks on why he picked a second wife

Speaking ahead of France’s Nations League match against Croatia on Monday, Nkunku confirmed he has a major decision to make this summer amid interest from Chelsea and Man United.

According to him, the November World Cup in Qatar will play a significant role in his thinking.

“It’s no secret there are clubs that are interested in me. Yes, it’s flattering. But it’s also flattering to have a club like Leipzig doing everything to keep me,” Nkunku told Telefoot.

“Here, we will have to think carefully and make a good decision. The World Cup is coming to life and this is a parameter to be taken into account.

“Like I said, you just have to think it through.”