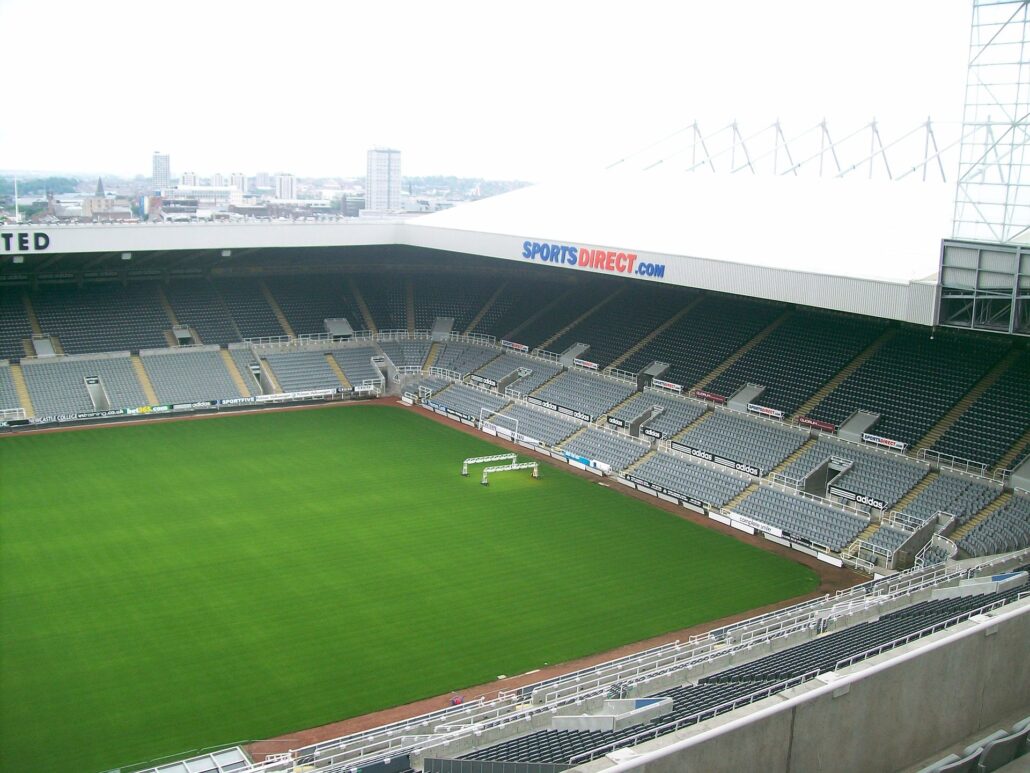 Newcastle United are targeting a move for Manchester City defender Oleksandr Zinchenko this winter, according to a report from Sport Bible.

The Magpies are seemingly embroiled in a relegation battle and headed into the recent international break bottom of the table with just six points and no wins. They’re headed into December six points from safety after a number of defeats recently including a 2-0 loss to Arsenal at the weekend.

However, changes are afoot at St James’ Park, with new manager Eddie Howe in the dugout. Howe has a track record of success, taking AFC Bournemouth from League Two to the Premier League, and he replaced Steve Bruce earlier in the campaign. Howe has yet to settle in the manager’s office, but he’s already making big transfer plans.

Zinchenko is a Ukraine international with 48 caps for his country. He was a part of their Euro 2020 squad, scoring the opening goal as they beat Sweden 2-1 in Scotland this summer. He’s been with Manchester City for five years now and operates down the left side of the field, from full-back to winger. He has also played in central midfield for his country, making him a useful utility player. That versatility is seen as a huge benefit for the Magpies, as is his Premier League experience.

The 24-year-old joined Pep Guardiola’s for City from FC Ufa in a £1.7 million deal in 2016. He’s been a part of the Manchester City squad that has won three Premier League titles in 2018, 2019 and 2021. However, his impact has been minimal; he made eight appearances in the 2018 season, 14 the following year and 20 during their last Premier League win. This season he’s been marginalized and adding just two appearances to his Premier League total of 63.

Despite being a bit-part player at the Etihad, he is seen as a key component in Newcastle’s rebuild, facilitated by their recent takeover. Howe’s arrival is part of a new era in the North East, which has seen Mike Ashley relinquish control of the club. A Bwin Sports piece on the Newcastle takeover describes Ashley’s reign ending as the biggest story in football earlier this year, with the Saudi Public Investment Fund and the Reuben Brothers taking his place. After years of decline, they’re widely expected to fund a major rebuild, with Howe’s first mission to keep them in the Premier League.

Newcastle may find their pursuit blocked by the unforeseen unavailability of Bernard Mendy, who is still in police custody and unlikely to play for the reigning champions again. His absence means a lack of cover at left-back, and whilst the form of Joao Cancelo has seen him become Pep’s first choice there, Zinchenko is the only cover he has in that position. A loan move is also being suggested, giving both the club and player six months to see if a permanent move is attractive.

The player may feel he needs to move on to further his career, and the money Newcastle are likely to offer is sure to be attractive, whether that is January or in the summer. Whether they’ll pay over-the-odds for the star is another thing, but resources certainly won’t be a problem. Much depends on Newcastle’s form going into January; if it doesn’t pick up, it’s unlikely a three-time Premier League winner with 20 Champions League appearances to his name will risk dropping permanently into the Championship. If Howe does instill a sense of belief, then perhaps a move will be possible.