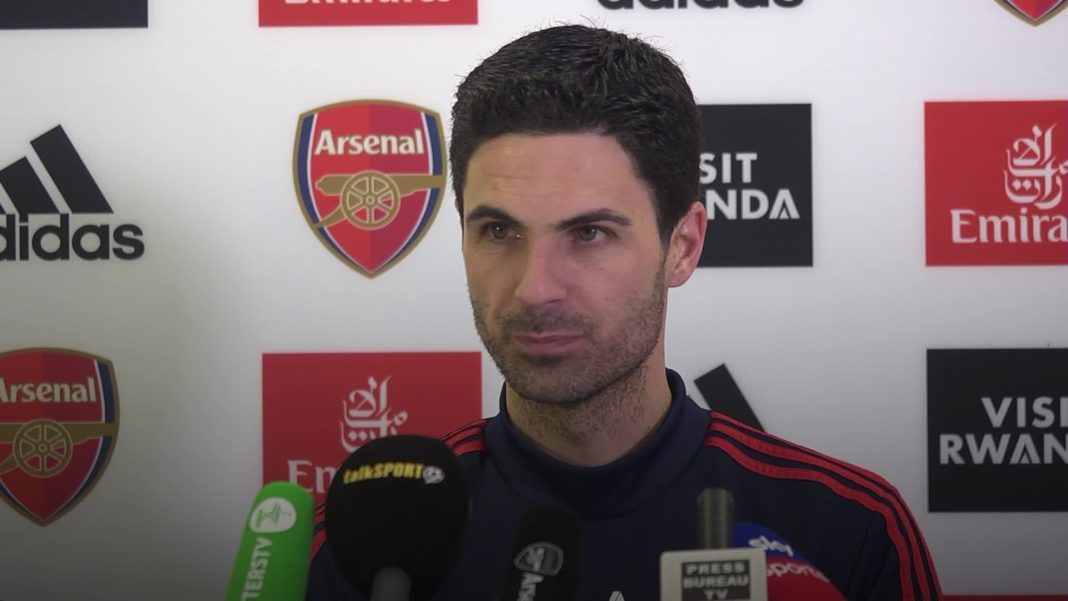 Arsenal manager, Mikel Arteta has insisted they would have happily settled for the fifth position at the start of this season.

However, the Spaniard has warned his players not to blow an even bigger chance.

Arteta knows their destiny is in their own hands ahead of the trip to Newcastle on Monday night and a home game against Everton on the final day of the season.

But when asked if the Gunners would be happy with fifth place at the start of the season, Arteta said: “Absolutely, Yes. It is a good place to be.

“But as I said, It is in our hands we have done a lot in the past few months to be in this position so let’s go for it. We want to be playing in the Champions League. And that’s the end, we’ve come so far, as I said, it’s in our hands and we want to now capitalize on that, and the excitement and the opportunities there, and we will really want to go for it.

“It’s not pressured, it’s excitement, and this is what we have built over the last few months. And as I said, the top four are the target. Now, it’s in our hands, and we want to deliver that.”