England crash out on pens 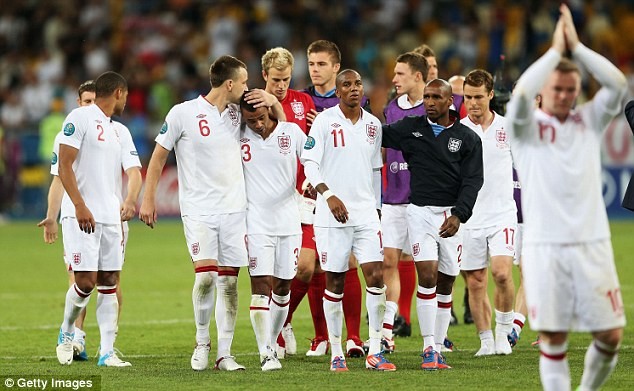 England crashed out of the European U21 Championship at the semi-final stage after a heart-breaking 4-3 penalty defeat to Germany on Tuesday.

Nathan Redmond missed the crucial spot-kick after 120 minutes of action left the score 2-2 in Tychy.

The Southampton forward saw his penalty saved by Julian Pollersbeck to send Germany into the final on Friday, where they will face either Spain or Italy. 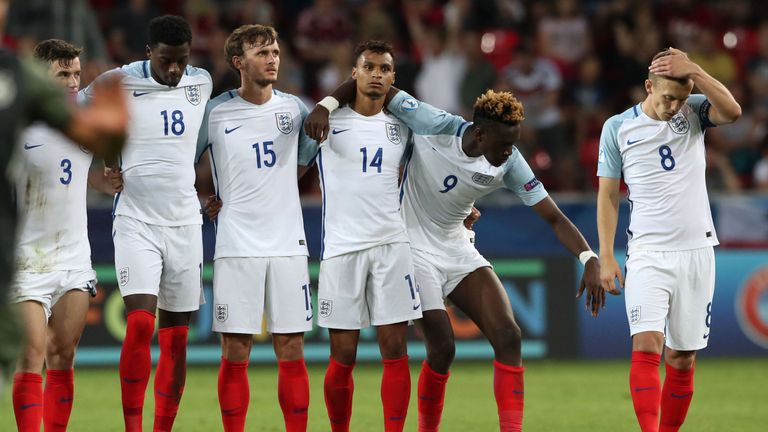 England last reached a European U21 Championship final in 2009

Germany dominated for large spells, registering 38 shots to England’s 17 and controlling nearly 70 per cent of possession.

They had chances to win the game in normal time, with Maximilian Philipp particularly wasteful, while Platte saw a second header ruled out for offside.

When the game went to penalties, England edged ahead thanks to Jordan Pickford’s save from Yannick Gerhardt but Pollersbeck promptly denied Abraham.

And when Redmond stepped up needing to score to keep England alive, the Germany goalkeeper dived to his right to put Germany through.

Nathaniel Chalobah was passed fit to start but a hamstring complaint relegated Nathan Redmond to the bench. Tammy Abraham replaced the Southampton winger, while Will Hughes came in for John Swift in midfield.

An incident-packed first half saw England start brightly and they almost opened the scoring through Nathaniel Chalobah after six minutes.

The Chelsea midfielder was unmarked six yards out but planted his header over the bar.

Gray then went close and Pollersbeck smartly saved an Abraham header before Stefan Kuntz’s side found their footing.

Selke, who had an early penalty shout turned down after tangling with Calum Chambers, served warning when he tested Pickford with a first-time shot midway through the half.

It was fully deserved after a spell of heavy German pressure, with Ben Chilwell particularly exposed down England’s left.

But Boothroyd’s side responded well and levelled on 41 minutes through Gray, who kept his composure to volley in after Germany failed to clear a corner.

It could have got even better for England on the stroke of half-time when Maximilian Arnold appeared to take out Abraham off the ball in the penalty area but the Lithuanian referee was unmoved. 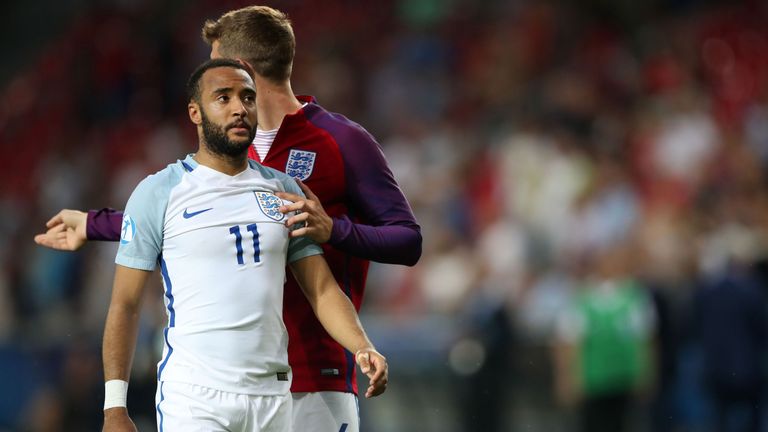 The Young Lions didn’t have to wait long before going ahead, with Abraham on hand to finish from close range five minutes after the interval.

But Germany always looked a threat and Platte – on for the injured Selke – expertly guided a header past Pickford to level.

Kuntz’s side had plenty of chances to win it in normal time, Philipp and Serge Gnabry squandering good opportunities, while Platte had a goal chalked off for offside.

England survived to force extra time but continued to cede ground, with substitute Nadiem Amiri a threat for Kuntz’s side.

He nearly turned home in the first minute but a vital touch from Pickford denied the Hoffenheim forward.

England dug in and held on for penalties and looked set to advance when Pickford kept out Gerhardt’s low effort.

But Abraham’s miss put the pressure back on England, taking second, and Redmond’s failure sent them home. 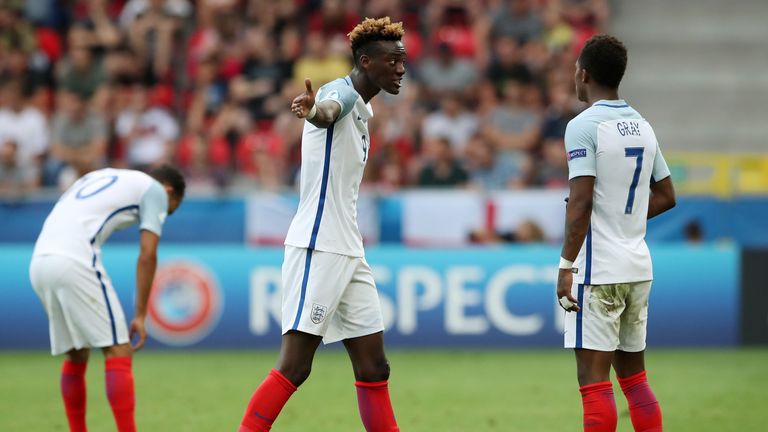 Man of the match

England’s midfield struggled to get near the Wolfsburg man despite Aidy Boothroyd’s change of system at half-time.

His passing was crisp and his Champions League experience showed as the likes of Lewis Baker, Will Hughes and Nathaniel Chalobah found it difficult to impose themselves.

England head home having reached the semi-finals for the first time since 2009. Germany move on to Friday’s final – their first since they beat England at that tournament – where they will face Spain or Italy.