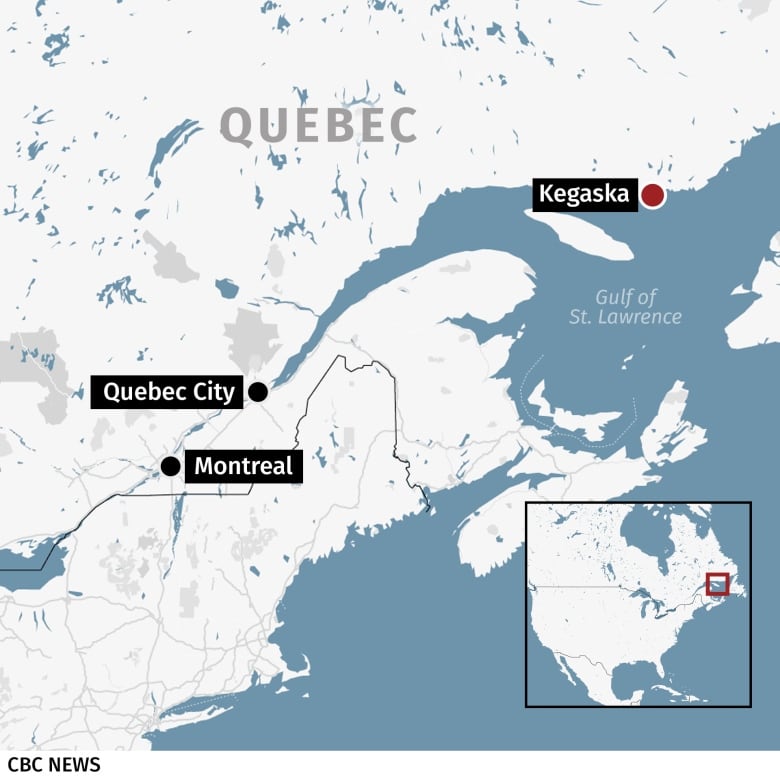 A green sign with white lettering that simply states “FIN” marks the end of Highway 138, where it runs into the Gulf of Saint Lawrence near Kegaska, on Quebec’s Lower North Shore.

By the end of every tourist season, that “FIN” is illegible, buried under stickers people have slapped on the sign to tell the world, “I was here.”

To Quebec’s Transport Ministry, it’s an act of vandalism that requires the ministry to replace the sign every time it gets obscured.

But Pierre-Olivier Normand, communications co-ordinator for the regional tourism authority, sees it differently.

“That’s a mark. That’s an artifact. We can see what tourists have done [over] the years.”

North Shore ‘flavour of the month’

One of those end-of-the-road signs recently went from the side of the road to the side of a desk. It was replaced earlier this month, and it’s now on display at the North Shore tourism office in Baie-Comeau, where Normand works.

Normand said the growth in the sign’s popularity has become a source of pride for him and others who live in the region.

“Five years ago, the North Shore was a big region where [people] didn’t come because it was too far,” said Normand.

Unable to travel internationally throughout much of the pandemic, a lot of Quebecers have made the trip to Kegaska, a trek that takes 15 hours by car from Montreal.

People in the village of 130 have had to adjust to traffic jams and long lines of tourists waiting their turn at the bout de la route  —  the end of the road.

“Right now, we’re the saveur du mois [the flavour of the month],” he said. “People drive from Montreal, Quebec City — from everywhere, just to see, to have a picture with the sign.”

Normand says the stickers people have affixed to the sign range from advertisements for local microbreweries, to hunting and fishing outfitters, to blank labels with visitors’ initials scrawled across them.

Sarah Gaudreault, a spokesperson for the Quebec Transport Ministry, told Radio-Canada that replacing the sign every year costs the province around $150.

Normand recommends taking a picture rather than leaving a sticker, although he admits he wouldn’t mind adding another to his agency’s collection, if the Transport Ministry is forced to change the sign again.

“For sure [we’ll take] a second one, for our Sept-Îles office.”