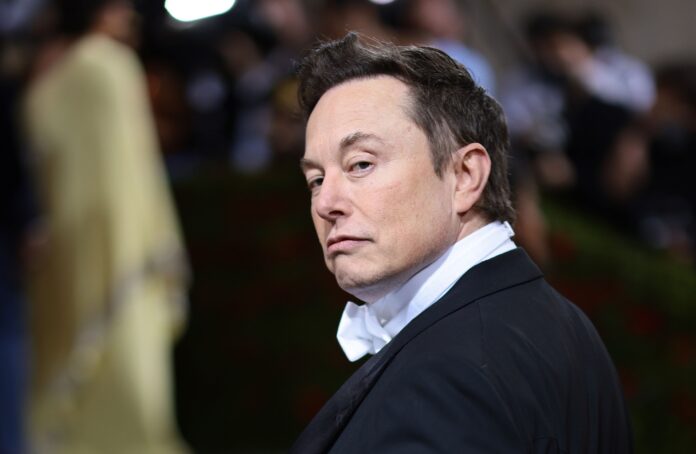 Twitter CEO Elon Musk said he wanted to “punch” Kanye West after the rapper last week tweeted an image of a swastika intertwined with a Star of David.

“I personally wanted to punch Kanye [now known as Ye], so that was definitely inciting me to violence,” Musk noted in a posted “Twitter Spaces” question-and-answer roundtable Saturday. He added: “That’s not cool.”

Musk, who had formerly described himself as a “free speech absolutist,” suspended Ye’s account shortly after the post on Thursday for incitement to violence.

Pre-Musk Twitter had previously restricted Ye’s account in October after he vowed to go “death con 3 on Jewish people.”

Musk noted in the Twitter roundtable that West’s antisemitism was so extreme it was even too much far-right conspiracy theorist Alex Jones, whom he euphemistically described as “pretty edgy.”

A black-hooded Ye said he “liked” Hitler and “loved” Nazis on Jones’ Infowars podcast last week. Jones at times appeared to attempt to distract Ye, and sometimes laughed loudly, obscuring some of his words.

Musk posted on Twitter after he suspended Ye’s account that he had tried his “best” with him. “Despite that, he again violated our rule against incitement to violence. Account will be suspended,” he wrote.

I tried my best. Despite that, he again violated our rule against incitement to violence. Account will be suspended.

Musk elaborated on Twitter Spaces Saturday that West was suspended “because at some point you have to say what is incitement to violence because it is against the law in the U.S.

He added: “Posting swastikas in what obviously is not a good way is an incitement to violence.”

Musk last week allowed notorious neo-Nazi Andrew Anglin back on Twitter after a decade in exile. The racist, antisemitic, homophobic and misogynistic Anglin declared in 2018 that he hates women and believes they “deserve to be beaten, raped and locked in cages.”

The jump in hate speech since Musk took over Twitter has been unprecedented, according to recent research.