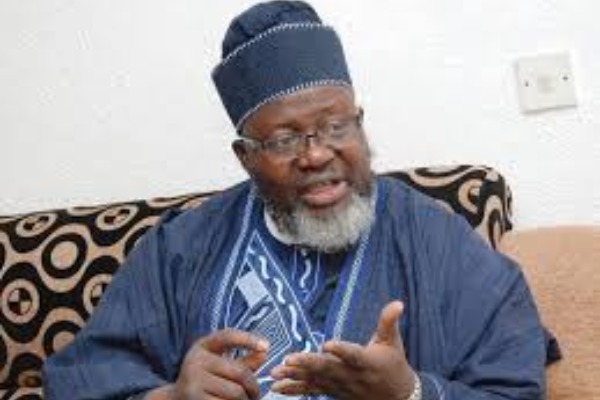 The Minister of Communications, Barrister Abdulraheem Adebayo Shittu, has declared that resignation of the Chairman of the Independent National Electoral Commission (INEC), Professor Mahmoud Yakubu, over the postponement of Presidential and National Assembly elections may cause more havoc to the commission than good in conducting credible, fair and fair elections.

As a result of the postponement, there were agitations from some politicians; including the National Chairman of the ruling All Progressives Congress (APC), Comrade Adams Oshiomole; calling for the resignation of INEC chairman.

But, Shittu while addressing journalists at his Ibadan residence on Monday, said even if the INEC chairman resigns, the election may need to be postponed for the new incoming chairman to prepare for fresh elections that would be credible, free and fair, and acceptable to all.

While urging Nigerians to give the INEC chairman a benefit of doubt, Shittu quarried the rationale behind the call by Oshiomole making such call.

According to him, “When Oshiomole supervised that party primaries elections, which can be described as most horrible and corrupt in the history of the party, who called for his resignation?

“I will not support such call for resignation of the INEC chairman. To err is human. We have not seen any political motivation as to what has happened in INEC.

“If Oshiomolhe calls for resignation of the INEC chairman, he should also be preparing to resign as chairman of APC for conducting primaries marred by irregularities, and even accused of corruption in its conduct. Did anybody ask him to resign for the horrible management of primary elections under his watch?

“This is the first election that professor Yakubu would be conducting, so we need to give him the benefit of doubt and I will advise that all the political parties should be vigilant. If you bring in another chairman, when does such person begin to learn the process? Or will you on the basis of that call for another rescheduling of the elections? Certainly, it is unacceptable for anyone to ask for resignation of INEC chairman”.

On the issue either the parties have the right to commence campaign again or the INEC has the authority to ban the campaign, the Minister said that INEC lacks the power to ban campaigns for any election more than 24 hours prior to commencement of such election.

He explained that based on the electoral act, the commission does not have the power to stop campaigns more than twenty four hours prior to any election.

“Again and again, they must justify that ban, because under the law, campaigns must stop 24 hours to the elections. Today and tomorrow, 24 hours, let just assume is 48 hours. To sustain that ban within the period the election would be held, that would be justified, but certainly not the elections that have been extended.

“So, if there is a rescheduled election, spanning another one week, you must expect that voter education by political parties should continue. Many people may forget what they have been taught on how to vote, how to identity a political party. So, I will say that any ban extended beyond 24 hours or at most 48 hours will not be justified.”