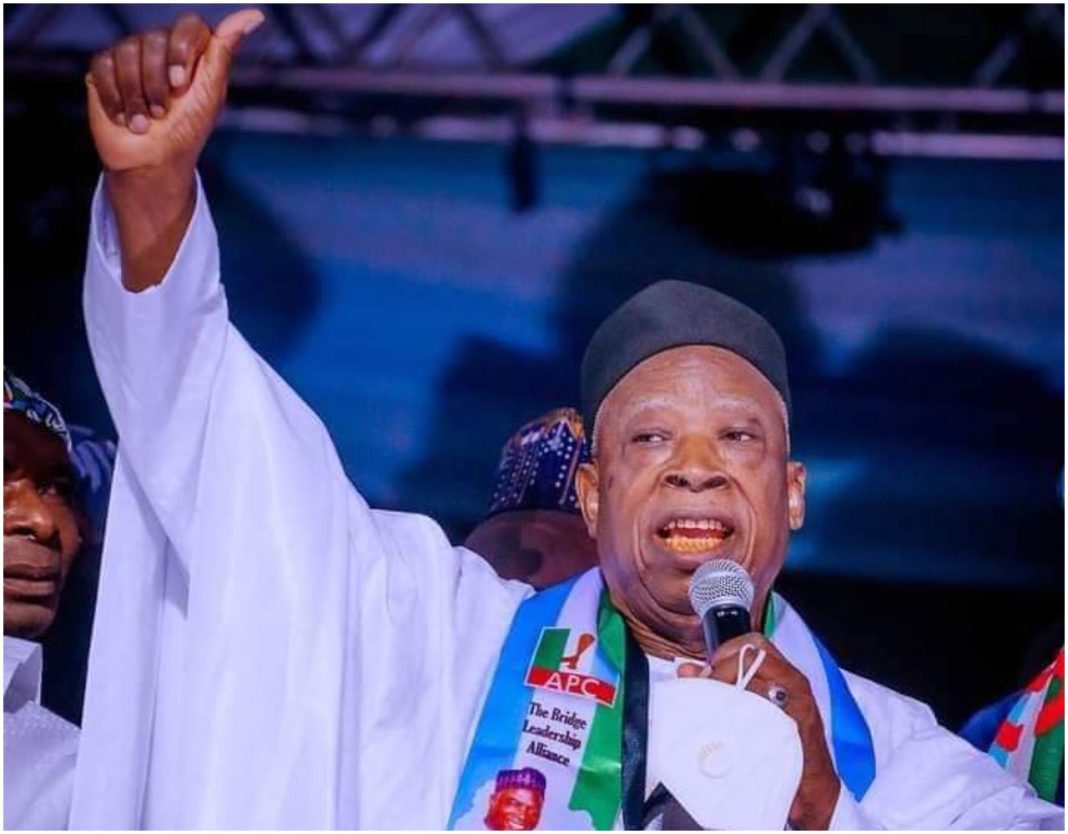 Senator Abdullahi Adamu, National Chairman of the All Progressives Congress (APC), has dismissed the allegation of vote-buying leveled against the party during last Saturday’s gubernatorial election in Ekiti State.

A political party was said to have induced voters with as much as N10,000.

Adamu, who addressed State House correspondents after he presented the Governor-elect (Oyebanji) to President Muhammadu Buhari, on Monday in Abuja, said the allegation of vote-buying was raised by elements who lost the election.

He called on the media to always avoid being used by aggrieved politicians who were bent on destroying the image of the country for political gains.

Adamu said: “As a patriotic Nigerian that is privileged to lead the ruling party in this country today, I want to only appeal to the media.

“And please let us not be too much in the space of speculation.

“I have noticed that over the last maybe four or five general elections in this country, this issue of vote-buying has taken center stage. One can only evidence what he saw, what he did and I am sure his Excellency the governor-elect responded in very good faith.

“Some of you, asking this particular question, didn’t go to Ekiti. You were not there.

“Somebody who is losing the election flew a kite. ‘Oh no, they’re buying votes and all the kind of money they have we don’t have, that is why I am losing,’ and you are helping to market that opinion.

“I am only appealing to you as a fellow Nigerian and somebody who has been in your trade before today. Please, let us help build this country positively.”