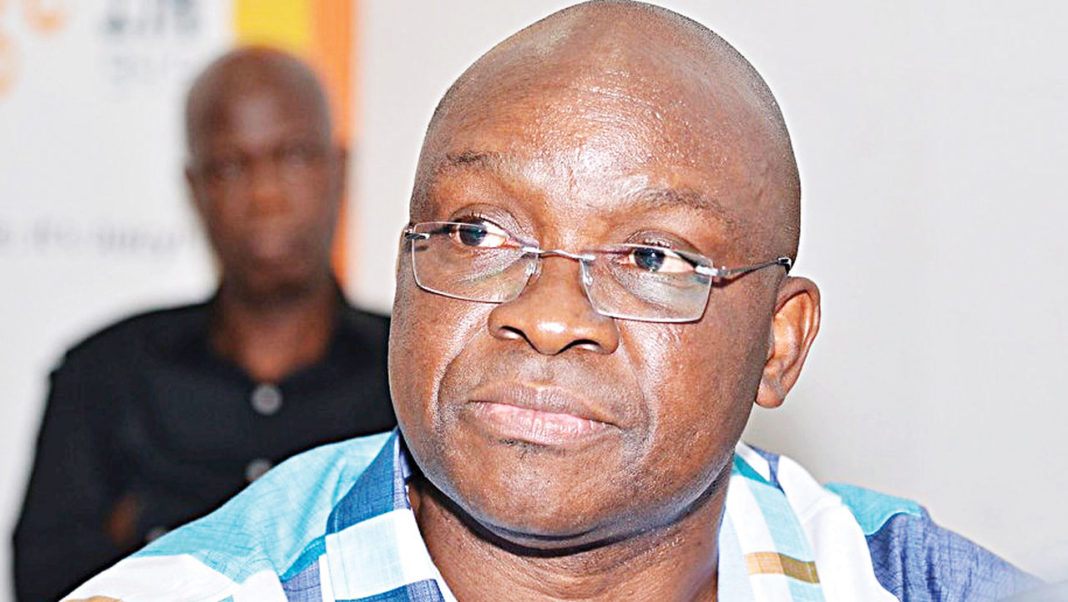 The Afao Ekiti residence of the immediate past Governor of Ekiti, Ayodele Fayose, has been raided by the Economic and Financial Crimes Commission (EFCC).

This was confirmed by the Peoples Democratic Party (PDP) in a statement Friday evening.

The party said nothing can break the will of Nigerians to vote out the All Progessives Congress (APC) government of President Muhammadu Buhari.

State Publicity Secretary, Jackson Adebayo, said “armed operatives of the EFCC stormed Fayose’s residence a few minutes ago to conduct a search, claiming that he was in the
custody of fund meant for the PDP in the Southwest, since he is the Coordinator of the Atiku/Obi Presidential Campaign Council in the
zone.”

“They subjected the former governor and his guests to that level of harassment and oppression just because of tomorrow’s elections was the height of desperation by the APC government”, it said.

The party commended youths in Afao Ekiti for trouping out en -masse in solidarity with the former governor, adding that the peaceful conduct of youths, even when provoked by the EFCC operatives, was commendable.

The party called on all well-meaning Nigerians as well as the international community to prevail on the APC to stop using instruments of government to harass, intimidate and oppress Nigerians perceived as not being on the same page with its clueless government.