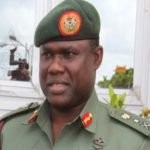 Gen. defends $1.89b spent on equipment

The Economic and Financial Crimes Commission (EFCC) is probing the over $1,891,809,299.1 deal because, according to sources, it did not follow the public procurement law.

Former Minister of Aviation Senator Stella Oduah is expected to appear before the commission today to answer to petitions against her.

But there were indications last night that the Senate may pass a resolution banning suspects from appearing before EFCC until its Acting Chairman, Mr. Ibrahim Magu, steps aside.

Legal experts contacted by The Nation, however, dismissed the Senate’s move, saying resolutions do not have force of law.

To embark on the move, they said, would be an exercise in futility.

According to them, “resolutions are not laws; they are mere advice”.

They added that an agency could not be stopped from doing its job because of the fear of some people.

“What they (senators) are planning to do is unconstitutional. It has no backing in law. They should concentrate on law making and not embark on a witch-hunt,”the lawyers said.

The Senate rejected Magu’s nomination twice based on security reports by the Department of State Service (DSS).

It was learnt that the plot to stop high-profile suspects from reporting to EFCC was hatched before the Senate went on recess last Thursday.

Minimah, it was learnt, was asked questions on the procedure for such contracts in the army.

Besides Minimah, 53 others, including another former Chief of Army Staff, 16 other retired and serving Army officers, 12 serving and retired public officers and 24 Chief Executive Officers of companies involved in the deal would also be quizzed.

Clad in blue jeans and short sleeve shirt, Minimah looked calm and warm after the session at about 4.55pm.

A top source in EFCC said: “The ex-Chief of Army Staff met with our team and responded to some of the issues isolated for him. It is too early to give the details of our interaction with him because we are working on the report of a panel which investigated arms deal in the Armed Forces. When we get to a convenient bend, we will release the details. We need to interact with companies and some people who were recommended for probe too.”

Oduah, a source said, was invited over some petitions bordering on the purchase of two armoured BMW vehicles at N255million by the Nigerian Civil Aviation Authority during her tenure as aviation minister in 2013 and the N9billion contract for the remodelling of some airports.

“She has a lot of allegations outstanding in the past few years. She had  filed a fundamental rights enforcement suit, asking the court to prohibit the Attorney-General of the Federation’s office, the EFCC, and the police from “inviting, arresting, investigating or prosecuting” her.

“She lost the case on October 6, 2016. But we tarried a while because she was bereaved. Now, it is time to interact with her. Our team will meet with the ex-minister on Wednesday( today).”

Last night, there were strong indications that the Senate might pass a resolution directing Nigerians to shun EFCC’s invitation until Magu vacates office.

It was learnt that Senators are angry that the Executive was relying on Section 181 of the 1999 Constitution to keep Magu in office.

It was also gathered that the Senate may have adopted their strategy following moves by EFCC to investigate some of its members.

A source said: “Upon resumption from recess, the Senate may  pass a resolution directing Nigerians, especially high-profile suspects, not to honour EFCC’s invitation until Magu is removed.

“The plot leaked from intelligence findings from a meeting of some Senators who were angry that the leadership had been too tolerant of the Executive on Magu’s case.

“The plan by the EFCC to investigate the Chairman of the Code of Conduct Tribunal, Justice Danladi Umar after the acquittal of the Senate President, Dr. Bukola Saraki has further buoyed the plot of the upper chamber to stop Magu from being in office.

“Some Senators are worried that the EFCC might move against them bordering on the ongoing probe of London-Paris Club refunds. Some aides of a few Senators have been interrogated by the EFCC.

“If they go ahead with the boycott plan, it may scuttle the anti-corruption war in the country.”

Another source said: “Of course, the lawmakers are not happy about Magu. In fact, some of them are angry that despite his rejection twice, the Federal Government is still keeping him. This is not acceptable and the lawmakers are going to take a drastic decision when they resume from recess.

“ One of the options is to pass a resolution, asking invited persons on corruption allegations not to honour the invitation until Magu is removed”.