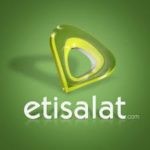 TELECOMS firm Etisalat Nigeria is on the verge of being taken over by its bankers following the collapse of talks on its payment of a $1.72 billion (about N541.8 billion) debt.

The lenders may take over the firm as soon as the legal requirements are met.

The eventual take-over is as a result of the inability of Emerging Markets Telecommunications Services (EMTS), promoted by-one time Chairman, United Bank for Africa Hakeem Bello-Osagie, to agree with the banks on the debt restructuring plan.

However, Dutch company EMTS Holding BV,  has up to June 23 to complete the transfer of 100 per cent of the telco’s shares in Etisalat to the United Capital Trustees Limited, the legal representative of the consortium of banks.

But Etisalat Nigeria Vice President, Regulatory & Corporate Affairs, Ibrahim Dikko said discussions were ongoing. In a statement, he said: “Discussions are on-going regarding other issues such as the trading name during this transition phase. Operations and services to our subscribers remain normal and will in no way be affected as we continue to deliver quality services to our subscribers. We will continue to tap into the rich, creative and innovative resources within our workforce to build a stronger business upon the stable foundation we have laid in our nine years of operations.”

The Nigerian Communications Commission (NCC) which, alongside the Central Bank of Nigeria (CBN)  brokered truce between the telco and its lenders warned that the provisions of the Nigeria Communications Act must be strictly followed.

NCC spokesman Tony Ojobo, while assuring the over 21 million customers of the telco that the regulator would do its best to ensure seamless service delivery, warned that the take over of the telco must follow the letters of the law.

Ojobo said: “In view of the recent development, NCC wishes to reassure all stakeholders in the telecoms sector in particular the subscribers on the Etisalat network that the Commission will ensure that the integrity of Etisalat network is not compromised.

“Accordingly, the Commission has drawn the attention of the banks to provisions of the Nigerian Communications Act (NCA) 2003 Section 38:

“Sub section 1 – The grant of a license shall be personal to the licensee and the license shall not be operated by, assigned, sub licensed or transferred to another party unless the prior written approval of the commission has been granted;

“Sub section 2 – A licensee shall at all times comply by the terms and condition of the license and the provision of this act and its subsidiary legislation.”

A letter dated June 2017, with No. Ho/GCFO/152/85 endorsed by Etisalat Group Chief Financial Officer, Serkan Okandan, lamented that efforts by EMTS to restructure the repayment of the syndicated loan by a consortium of banks to Etisalat Nigeria collapsed.

“Further to our announcement dated 12 February, 2017, Emirates Telecommunications Group Company PJSC, ‘Etisalat Group’ would like to inform you that EMTS (‘the company), established in Nigeria and an associate of Etisalat Group with effective ownership of 45 per cent and 25 per cent ordinary and preference shares respectively, defaulted on a facility agreement with a syndicate of Nigerian banks (EMTS lenders).

“Subsequently, discussions between EMTS and the EMTS lenders did not produce an agreement on a debt restructuring plan.

“Accordingly, the company received a default and security Enforcement Notice on 9 June 2017 requesting EMTS Holding BV (EMTS BV) established in the Netherlands, and through which Etisalat Group holds its interest in the company) requiring EMTS BV to transfer 100 per cent of its shares in the company to the United Capital Trustees Limited (the Security Trustee”) of the EMTS Lenders by 15 June 2017.

“Subsequently the EMTS lenders extend the deadline for the share transfer to 5.00 pm Lagos time on 23 June 2017,” the filing said.

The telco has been under pressure since 2016, following the demand notice for the recovery of the loan facility it obtained from a consortium of banks in 2015.

The loan, which involved a foreign-backed guaranty bond, was for the telco to finance a major network rehabilitation and expansion of its operational base in the country.

Unable to meet its debt servicing obligations agreed last year, the consortium, prodded by their foreign partners, threatened to take over the company and its assets across the country.

But the intervention of the Nigerian Communications Commission (NCC) and its financial sector counterpart, the Central Bank of Nigeria (CBN) succeeded in persuading the banks to rethink their threat and give Etisalat a chance to renegotiate the loan’s repayment schedule.