Education is a key component to advancing reconciliation 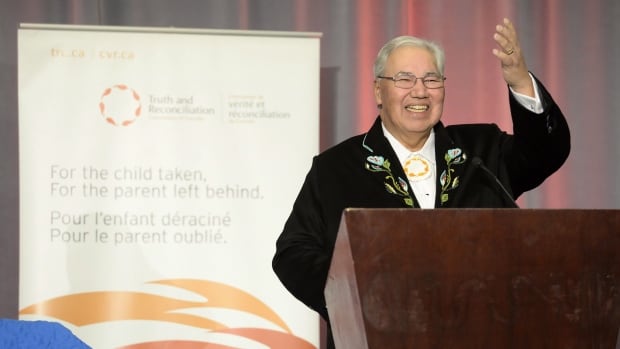 This opinion piece is by Karon Shmon, a Red River Métis and a Saskatoon-based educator. She has been the director of Métis culture and heritage at the Gabriel Dumont Institute for many years.

Action has been spotty and sparse in the wake of the 2015 Truth and Reconciliation Commission (TRC) final report and its 94 calls to action.

The daunting scope of the calls likely overwhelms most people. Many of the calls are made to federal, provincial and other formal jurisdictions, leaving individuals with the view that reconciliation is up to someone else.

Individual citizens seem to have both a lack of commitment and a lack of confidence in their own ability to act on these calls aimed at making a better collective future for Canada.

As a lifelong educator, I believe the first step is helping individual citizens come to grips with Canada’s true history.

Gaps in knowledge and understanding

Much of the responsibility for this rests on education jurisdictions that have allowed so much biased teaching while omitting a broader range of facts and perspectives. The majority of Canadians have gaps — first in knowledge, and second in understanding the impact of colonization and oppression on the Indigenous peoples who live in what we now call Canada.

These gaps make it particularly challenging to have the difficult conversations necessary to give reconciliation a better chance to succeed.

Nueta Hidatsa Sahnish College president Dr. Twyla Baker and her colleagues have described the phenomenon of “translation exhaustion” as “the idea that Indigenous people (or any marginalized person/group) engaging with the larger population on a given subject or topic related to bias, must first set the stage in terms of historical context all the way to the current day state of affairs, before even addressing said topic of bias— over and over again—due to the lack of education/background the listener has.”

This observation resonated with my own experiences and my attempts to effect change related to the TRC calls to action. I have been using the term “explanation fatigue,” which I see as synonymous with “translation exhaustion.”

Inuit, First Nations and Métis individuals and our well-informed non-Indigenous allies experience explanation fatigue on a regular basis. Many times we find ourselves at square one, filling in the gaps in what we see as basic information, and then either explaining or defending the need for it.

Imagine the time it would take to properly fill someone in on any subject taught over a minimum of a dozen years of schooling. It is difficult to get to “action” when the background supporting action has been overlooked and omitted in school curricula.

I recall the time I was invited to work with teachers in a large school division. They were familiar with standardized tests and often used them to gauge student achievement. I knew full well that these tests have biases that result in Indigenous and minority students appearing less capable.

I was not surprised when many of the teachers failed the exam. I said the test scores indicated that most of them would now be going into remedial education, as evidence showed they were less capable learners.

I did this to make two points obvious: standardized tests have their biases and even well-educated Canadians know too little about this one group of Indigenous people.

Where to start is a common question. I suggest a good start would be to reduce and eliminate the translation exhaustion Indigenous peoples endure by becoming better equipped to engage in the difficult conversations and moments of reflection needed to close the gaps in education.

The calls to action take less than 10 minutes to read. As TRC Commissioner Justice Murray Sinclair stated when the final report was released, “We have described for you a mountain, we have shown you the path to the top. We call upon you to do the climbing.”

As individuals, we need to take the first step — and continue the climb — while we determine how best to be an ally in the important work of reconciliation.

This column is part of CBC’s Opinion section. For more information about this section, please read this editor’s blog and our FAQ.

Interested in writing for us? We accept pitches for opinion and point-of-view pieces from Saskatchewan residents who want to share their thoughts on the news of the day, issues affecting their community or who have a compelling personal story to share. No need to be a professional writer!

Read more about what we’re looking for here, then email sask-opinion-grp@cbc.ca with y