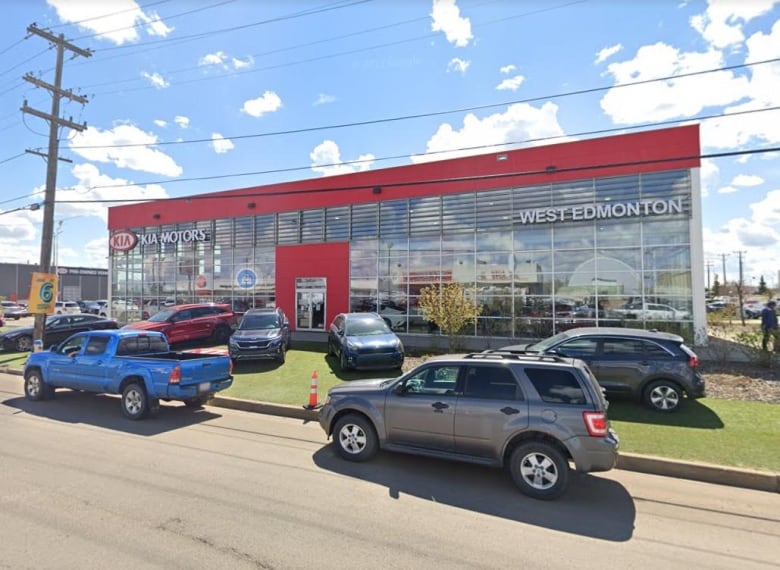 Randy Lowry was excited to drive the new Kia Telluride he’d ordered from a dealership, but wasn’t excited to learn about the car’s new price.

When he went to pick it up, the sales manager at Kia West Edmonton told him there was an extra $2,400 “market adjustment” fee — and if he didn’t pay, the sale was off.

He said the manager blamed the current auto shortage and said the price had gone up, period.

Lowry says he needed a car because his current vehicle is 17 years old and starting to have issues.

He’d waited four months for the car to arrive and figured he had a contract. The sales rep had given Lowry a “worksheet agreement” spelling out the make, model, colour of the vehicle and listing the total price of $46,997. Lowry had also put down a $1,000 deposit.

But the dealer said that agreement wasn’t a formal bill of sale — which would have been binding — so it didn’t hold water.

He complained to Kia Canada.

In an email, a Kia customer service rep apologized for the inconvenience, but said that due to “volatility in the market,” prices couldn’t be guaranteed for “an extended period.”

Kia Canada wouldn’t address Go Public’s questions, but in an email a spokesperson said the company “does not have control” over customer transactions as dealerships are independently owned and operated, and that dealerships are “encouraged to uphold pricing” whenever possible.

Kia West Edmonton did not respond to repeated interview requests from Go Public.

One consumer advocate says such fees are “unprofessional” and should not be allowed.

“I think it’s unethical to add a mark up like that to a car in order to take advantage of a desperate buyer,” said Shari Prymak, senior consultant at Car Help Canada, a non-profit association that helps people negotiate vehicle purchases.

“I don’t know what else you can call that other than extortion,” he said.

The car shortage — caused by a lack of microchips, among other things, due to the pandemic — is the worst in the industry’s history, says Prymak. Across the country, dealerships are having a difficult time sourcing inventory and meeting customer demands.

“For every 30 cars [dealerships] have coming in, they have 100 customers that want the car.”

It’s put dealerships in the driver’s seat. Prymak says he’s received a flood of complaints in the past few months about market adjustment fees and other sales tactics he says are ethically questionable.

Add-ons that were once optional — such as extended warranties, theft protection devices, undercoating — have with no warning become mandatory, according to other disgruntled car buyers who contacted Go Public.

Some buyers also said dealerships have jacked up prices and increased financing interest rates that were previously negotiated.

“They’ll change the price and change the conditions at the last moment before delivery,” said Prymak.

‘You’re stealing from us’

Joan and Ron Chambers of Burlington, Ont., discovered their final bill included a $5,000 market adjustment fee when they were about to sign the contract for a new Kia Seltos. They’d walked onto the lot earlier that day looking to buy.

“My husband’s like, ‘Isn’t that robbery … you’re stealing from us,'” said Joan.

“And they’re like, it’s charged now to any vehicle on the lot. Because we’re short on supply.”

Leggat Kia Burlington’s general manager Joe Capriotti wrote in an email to Go Public that it is “difficult at best” for customers to accept market volatility.

He offered the Chambers a full refund but they kept the vehicle — worried about a long wait for another one.

But they complained to the Ontario Motor Vehicle Industry Council (OMVIC), which oversees auto sales — sort of.

It turns out, dealerships can add fees and other markups thanks to a loophole.

Like many regulators, the OMVIC, under the province’s Motor Vehicle Dealers Act, only has jurisdiction over advertised, total prices; which must include any extra fees, additional products or services.

WATCH | Consider this before buying a car: 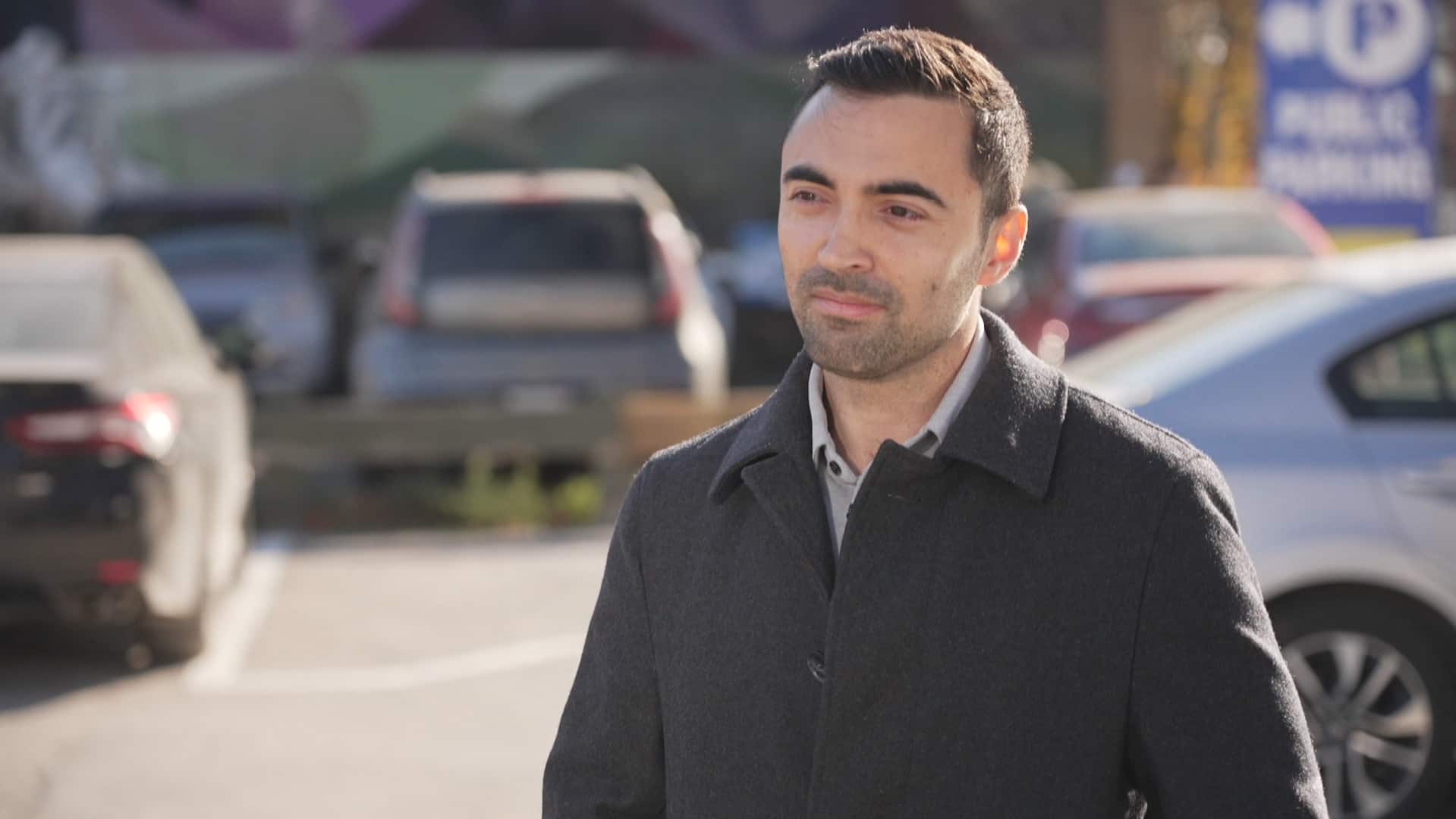 Advice from an auto expert

Adding fees to vehicles that catch a customer’s eye at the dealership is allowed, as long as they are clearly indicated in the contract, according to an OMVIC spokesperson.

Lowry also complained to his provincial regulator. But the Alberta Motor Vehicle Industry Council (AMVIC) also has no legislative authority to compel a business to take any particular action. Not even if it had broken the Consumer Protection Act.

AMVIC agreed that Lowry’s signed agreement and deposit were not binding, saying the sale was “still in the negotiation stage.”

At least one law firm disagrees — and told Lowry the paperwork was a binding contract — but he didn’t pursue the matter, because it would be costly and likely drag on for months. He walked away from the sale.

Even if provincial regulators don’t have the authority to stop market adjustment fees and similar sales tactics, Prymak says OMVIC could, at least, remind dealerships they are expected to follow a code of ethics. That code, embedded in the Motor Vehicle Dealers Act, says in part that dealers must act with “honesty, integrity and fairness.”

OMVIC “could send out regular bulletins to dealers, reminding them they’re supposed to act with integrity — follow the code of ethics,” he said.

He says the Ontario regulator is far too biased in favour of industry. “It’s largely funded by consumers, but the board is mostly made up of dealers,” said Prymak.

After Ontario’s auditor general raised concerns about OMVIC’s composition in an audit last year, the regulator said it was “reassessing the proportion of industry representatives” on its board.

But OMVIC CEO and registrar Maureen Harquail bristles at the suggestion the regulator isn’t working hard to protect the public.

“Respectfully, I would disagree,” she said. “We are very much reaching out to our … dealers and salespeople and reminding them that they continue to meet the strong and high standards that we have.”

She pointed to an education team that is available to answer dealers’ questions and said OMVIC conducts regular webinars to ensure dealers follow existing legislation.

Go Public checked all OMVIC bulletins issued since the pandemic began. None have specifically discouraged dealerships from adding market adjustment fees or other unexpected charges — nor have any specifically mentioned that requiring add-ons is unethical or said dealers should not abruptly change interest rates that had been previously negotiated.

In the U.S., the Federal Trade Commission proposed new rules in June, now under review, to level the playing field.

Among other things, the rules would allow the agency to recover money when consumers are misled or charged without their consent.

Meanwhile, back in Alberta, Lowry is worried his vehicle won’t make it through the province’s harsh winter months. But after his recent experience, he says he can’t bring himself to go car shopping any time soon.

“It’s so disheartening,” he said. “Literally such a bummer that I just don’t want to even bother.”

He says the sales manager told him the car he ordered would be sent back to Kia Canada.

Go Public checked the vehicle’s identification number and learned the Kia Telluride was sold shortly after, to someone in Alberta.