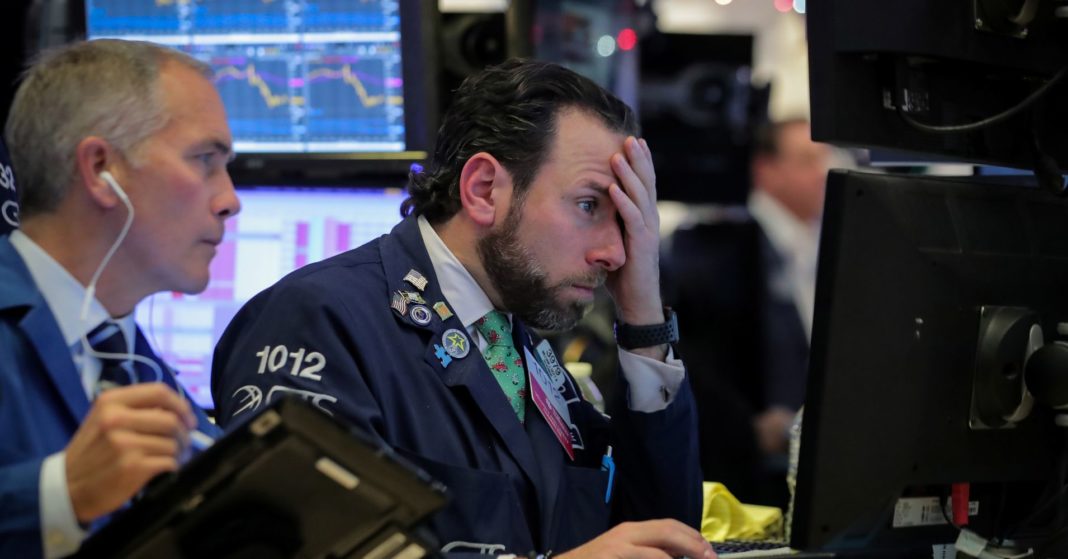 There’s “a very real risk” the national economy will slide into a recession in late 2020 as the presidential election heads into high gear, ending the current expansion that began a decade ago, according to UCLA forecasters.

A forecast released Wednesday by economists at UCLA Anderson School of Management said: “The jolt from the very expansionary fiscal policies of the Trump administration will soon exhaust itself and there is a very real risk of a recession in late 2020.”

“A year ago we were looking forward to a synchronized global expansion; today we are starting a synchronized slowdown,” wrote David Shulman, a senior economist at the UCLA Anderson Forecast. “The U.S. economy is part and parcel with the global slowdown, an eventuality we have been forecasting for over a year.”

A recession in late 2020 could present added political risk to President Donald Trump’s re-election chances during a time when Democrats are likely to highlight any signs of weakness in the economy.

The UCLA Anderson Forecast is one of the most watched outlooks. The group was credited with calling previous serious downturns for California in the early-1990s as well as the first to declare the recession of 2001.

Despite the grim 2020 outlook, the forecast sees the national economy staging “a modest rebound” during 2021.

It anticipates the Fed will embark on an easing policy in 2020 and then by mid-2021 the pace of real U.S. economic growth is seen at “around 2 percent.”

While the UCLA forecast falls short of stating that a recession is a sure thing, it cautions there are reasons to be concerned.

For one, it said there’s the current phenomenon known as the inverted yield curve that “seems like a very reliable indicator of a recession to come within a year.”

The U.S. economy has enjoyed growth in the past decade following the end of the Great Recession in mid-2009, making it the second-longest economic expansion in the nation’s history.

“The current expansion is getting long in the tooth,” writes UCLA economist Edward Leamer in his essay in the report. “We are in the 38th quarter of the expansion and only one of the previous ten expansions has lived so long, and it perished in the 40th quarter.”

As for the global slowdown, Shulman said “weakness is being amplified by the protectionist policies being employed by the Trump administration and the uncertainties associated with Brexit. The global weakness will be transmitted to the U.S. economy by a less than robust export environment and a reduction in corporate profits.”